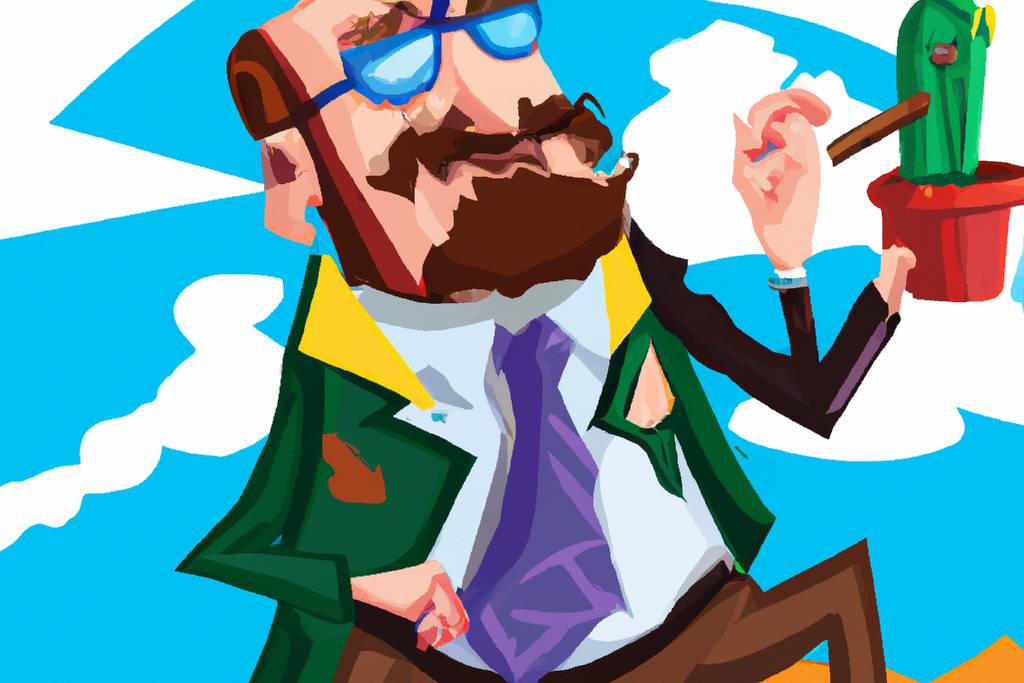 The most disruptive technology today is neither the metaverse nor the Web 3. The revolution that is being cooked for real — with profound social, economic and political impact — is taking place in the field of artificial intelligence. It is about the dissemination of the so-called “generative” creation tools.

They work as follows: you type a sentence describing some elements, and the artificial intelligence, as if by magic, creates images materializing the words you just wrote. For example, to write this article, I typed the following sentence: “Snobby and stupid teacher sitting on a cactus eating sugar cane”.

At the same time the artificial intelligence produced the image automatically. He portrayed the “stupid, dumb professor” as a middle-aged man with a beard and mustache, wearing glasses, a suit, and a tie. This professor is sitting on a green cactus with thorns, while his hand goes in search of a brown branch.

It’s worth noting that I didn’t specify any of the image elements. All I entered into the system was the sentence above. Artificial intelligence did everything else, materializing, based on its algorithms and on its database, the image that best represented these elements in its “vision”.

The platform I used is called Dall-E (a corruption of “Dali”, in homage to the Catalan surrealist). It was developed by the company Open AI, which has investments from heavyweights, including Microsoft. Until a week ago, the platform was closed to experts and guests only.

A few days ago it became public and already has 1.5 million users. It will not be surprising if in a short time it reaches a few hundred million.

These tools can generate questions that are difficult to imagine today. The first is that they democratize skills restricted to specific groups. For example, the number of people able to draw well is a limited and relatively small contingent. With these tools, the ability to draw is democratized. Someone totally unskilled can create satisfying images using artificial intelligence.

The second point is that this democratization can devalue the specialized work of those who draw. It reduces jobs, opportunities and trivializes an admirable human skill.

Another problem is the use of these platforms for malicious purposes, including fake news and social manipulation. In that sense, the Dall-e has safeguards. It does not allow the creation of violent, sexual, defamatory images or images based on ordinary people or political personalities.

However, there are already other competing platforms that do not have these filters and allow the unrestricted use of this type of tool to create pornography, deep fakes or violence, in inconceivable ways. Many of these images are already starting to flood the internet and social media. Furthermore, these tools will soon be able to be used not only to generate images but also music and movies that are self-generated by artificial intelligence.

All this is a sign that the world is about to be shaken up again by a new technology, with consequences that are difficult to predict.

Facebook
Twitter
Pinterest
WhatsApp
Previous article
All about Erdogan’s re-election: “City of peace” Diyarbakir, the capital of the Kurds
Next article
Patriarchal gathering in London in charge of the Ecumenical Patriarch