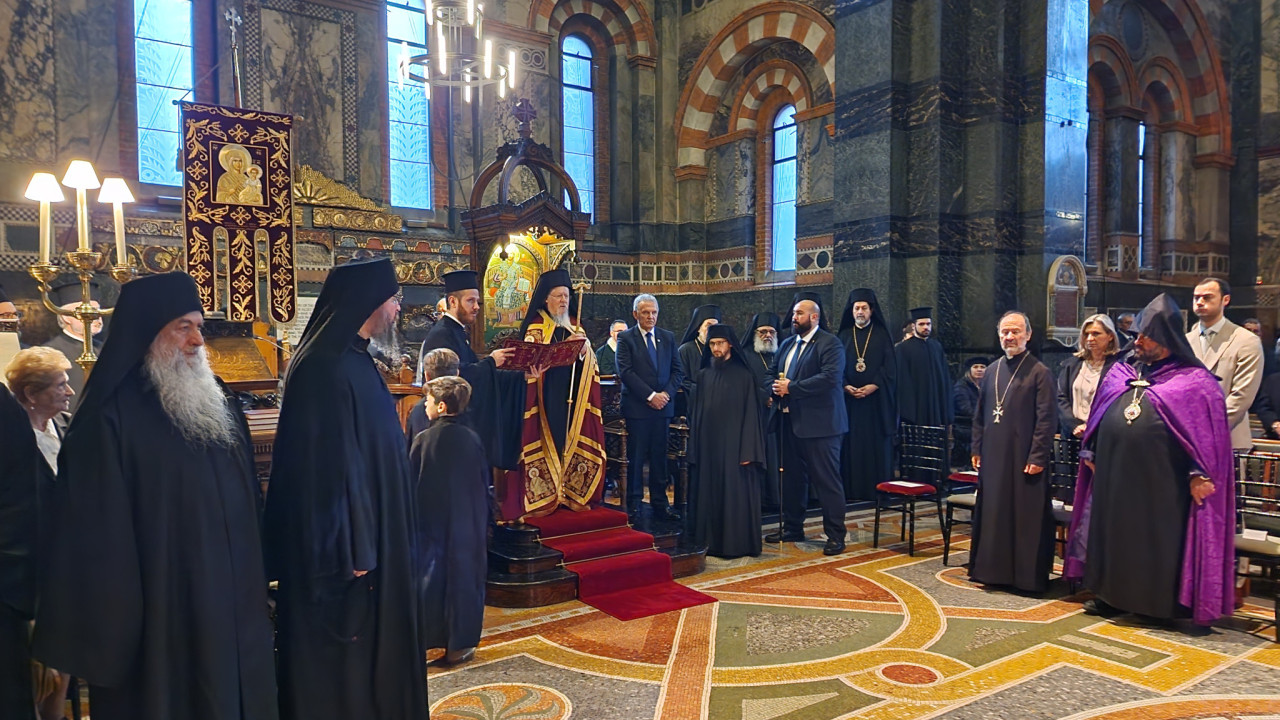 Patriarchal gathering in London in charge of the Ecumenical Patriarch

A patriarchal mass was held on Sunday morning at the Cathedral of God Sophia in west London, presided over by Ecumenical Patriarch Mr. Bartholomew.

His Holiness is making an official visit to the British capital on the occasion of the centenary of its founding Archdiocese of Thyatira and Great Britain.

On Saturday night he sat at a dinner with members of the youth of the Greek Orthodox parish and tonight (Sunday) he will attend the official dinner to celebrate the centenary of the Archdiocese of Thyateira.

In his speech on Saturday night he expressed his pleasure at the gathering of many young people. He also condemned Russia’s “unprovoked and diabolical” war in Ukraine, with global implications.

His Holiness presides over services in churches in the center and in the wider area of ​​the British capital, in order to enable as many believers as possible to honor him in person.

A meeting with the Deputy Foreign Minister Lord Ahmad is scheduled for Monday, while on Tuesday morning His Holiness will have a private meeting with the new King Carolo at Buckingham Palace, before departing for Fanati later that day.

The Ecumenical Patriarch is accompanied, among others, by the Archbishop of America Elpidophoros and the Metropolitan of Belgium Athenagoras, while in his program he is flanked by the Most Reverend Archbishop Nikitas of Thyatira and Great Britain.

The Cypriot and Greek states respectively were represented at the gathering by the Commissioner of the Presidency for Expatriate Affairs Fotis Fotiou and the Deputy Minister of Foreign Affairs responsible for issues of Greek expatriate Andreas Katsaniotis, as well as the Cypriot High Commissioner Andreas Kakouris and the Greek ambassador in London Ioannis Raptakis.