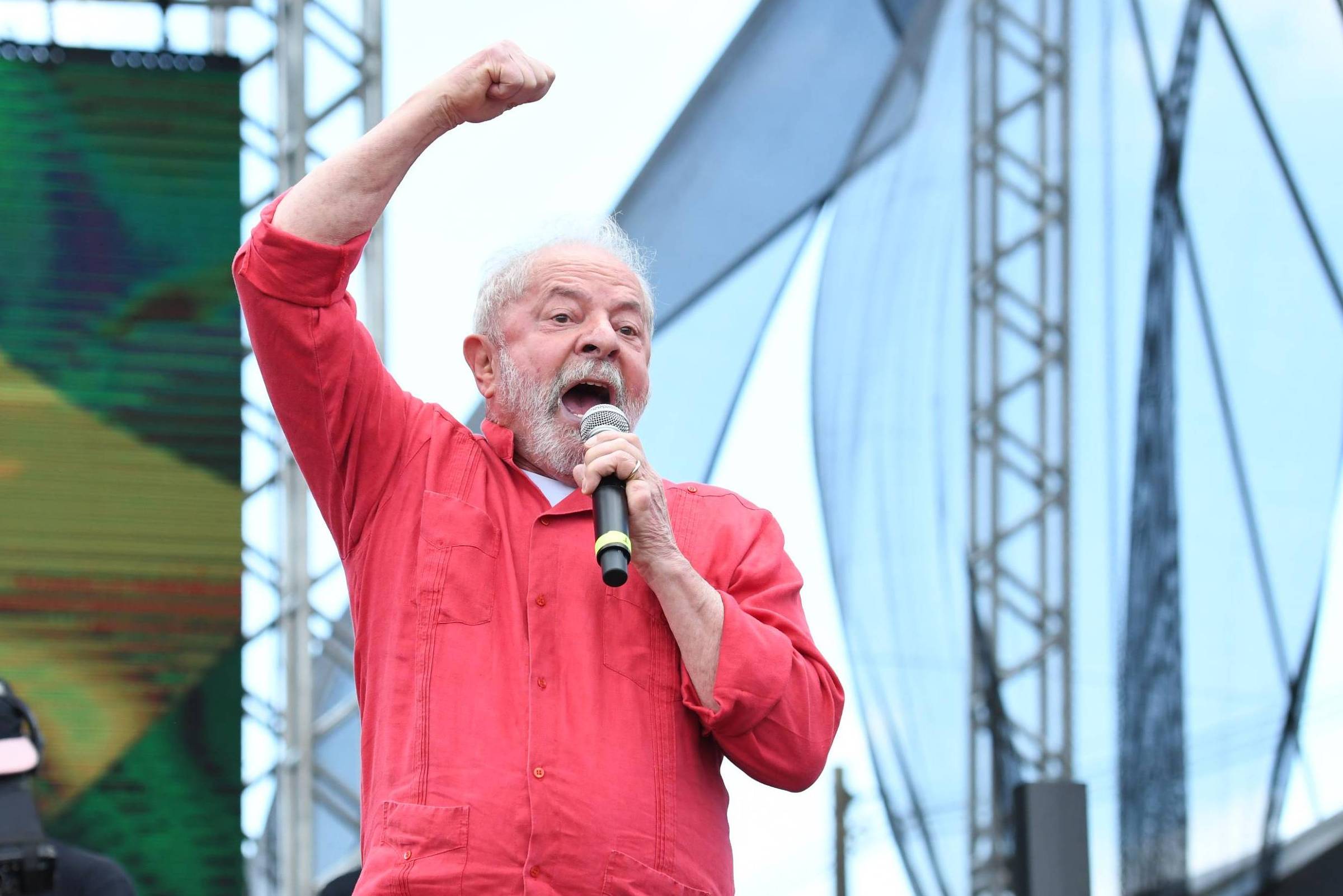 President-elect Luiz Inácio Lula da Silva (PT) and his team will have among the first steps in the economy the challenge of making political articulations that allow for a concrete solution for the 2023 Budget. It is necessary to negotiate a license to spend in the first year of government and paving the way for fulfilling campaign promises, such as preserving a minimum payment of R$600 from Auxilio Brasil.

The need to ensure resources for the most vulnerable was reinforced by Lula in a speech made shortly after his victory at the polls this Sunday (30), with an emphasis on fighting extreme poverty and ending hunger. According to PT members interviewed by the Sheetthe seams to make these and other tasks viable will occupy the attention of the winning coalition already in the first decisions after the election.

“We have a duty to ensure that every Brazilian can have breakfast, lunch and dinner every day. This will again be my government’s number one commitment,” he said. “The wheel of the economy will turn again with job creation, increase in wages and debt renegotiation of families that have lost their purchasing power. The economy wheel will turn again with the poor being part of the Budget”, he said.

Lula also reinforced the commitment to encourage micro and small entrepreneurs and support small and medium rural producers. It also committed itself to re-industrializing the country, rescuing the Minha Casa Minha Vida housing program aimed at low-income people, in addition to recreating the so-called Council — which brings together large businessmen to discuss and suggest measures for the country’s development.

The first task is the formation of the transition team, as usually happens when there is a change of government. Due to its relevance, the economic area receives priority attention at this time, and the choice of members signals how the agenda will be conducted during the term of office. The task has an additional complication, as it requires negotiations between members of a broad front with ten parties.

The period between the election and the beginning of the new government generates a particular expectation this time, as President Jair Bolsonaro (PL) is the first since redemocratization to have to surrender office after not being reelected – which puts a winner and one directly defeated in the transition negotiations.

The hostility stimulated by the current president towards the opponent has been taken to such a level that even the viability of collaboration between the two teams is questioned.

There is a concern in the PT about how access will be given to figures, projections and strategic information from the public administration, without which decision-making becomes more difficult. The bet, however, is that the process ends up moving forward thanks to the technical staff of the bodies — who remain independently of the government at the time and serve the State, not one or another group.

The PT has at least two names taken for granted to participate in the transition. The party’s president, Gleisi Hoffmann, and federal deputy Alexandre Padilha (PT-SP).

Both are also strong candidates to occupy ministries in the economic area. Gleisi can take over the Ministry of Planning, which will be recreated. Padilha, on the other hand, is a strong name to assume the Ministry of Finance, which should also be recreated from the division of the super-ministry of Economy, commanded today by Paulo Guedes.

There is an expectation that the chosen ones in the economic area will be announced soon, to avoid that uncertainty can contaminate expectations and feed moments of financial instability during an already delicate political transition.

In the midst of the different priorities, the negotiation for a new tax rule can be left for a second moment. Even so, it is urgent to forward a solution to the Budget.

PT members heard by the Sheet claim that the 2023 Budget proposal, as it stands, is a lie. Bolsonaro sent the bill in August with significant cuts in social programs and not enough funding to ensure the continuity of the minimum benefit of R$600 in Auxílio Brasil next year.

The campaign also wants to ensure a real increase in the minimum wage as early as 2023. The rule being studied by the party grants a rise above inflation based on the average GDP (Gross Domestic Product) growth over the last five years. This would give an additional expansion of around 1.3%, but a fixed percentage of 2% in the first year is also assessed.

Economists linked to the campaign say, on condition that their names are not revealed, they have begun to evaluate each rubric to validate what is feasible. It is already clear that choices will have to be made to define how much extra license to spend.

Certain members of the PT say that the additional amount already foreseen in the 2023 Budget proposal should be above BRL 200 billion, more than the BRL 100 billion defended by some houses in the financial market. Some even estimated that the bill could reach R$300 billion, but the amount is recognized as almost prohibitive.

Economists Bráulio Borges and Manoel Pires, from FGV (Fundação Getulio Vargas), estimated a potential cost of BRL 125 billion next year with extra expenses (among them BRL 600 from Auxílio Brasil, the readjustment of civil servants and the revision of machine costs and investments).

The bill on the expense side is what will dictate the size of the license, which depends on the PEC (Proposed Amendment to the Constitution). But the review of collection projections is also important to define what the primary result will look like – the result of the difference between expenditures and revenues.

One of Lula’s promises that could affect revenues is to correct the IRPF (Individual Income Tax) table, raising the exemption range from the current BRL 1,903.98 to BRL 5,000 per month.

However, say interlocutors, even if the technicians point out values ​​and alternatives for relocation, the final choices will depend on the formation of the team, especially the definition of the ministers.

Lula will convene a meeting with elected governors and mayors

Lula understands that there is a political paving to be done to make the economic agenda of the future government viable. The PT will call a meeting with the governors-elect and the mayors of capitals to hear the priorities of each one. According to a close assistant, the intention is to sign a kind of pact so that these priorities, including public works, can be carried out.

In the last debate, promoted on Friday (28) by TV Globo, PT even said that each governor and mayor will be able to present three structuring works considered priorities, so that there is a discussion on the feasibility of executing them. This nod has the potential to generate a first political rapprochement with Lula in a delicate context of transition.

Party emissaries have also made contact with the budget’s general rapporteur, Senator Marcelo Castro (MDB-PI), to signal that they will need a dialogue channel to resolve the impasse of the budget piece.

New fiscal rule depends on the approval of a future minister; see which ones are up for debate

The definition of the fiscal rule to replace the spending ceiling (which prevents the real growth of federal expenditures) is even more delicate, because it will require the approval of the future minister. Among the models under discussion, some have a preference for party wings.

According to reports, the model defended by former Minister of Finance and Planning Nelson Barbosa has great adherence. He suggests a mechanism in which the president-elect will define, in his first year in office, what the level of spending should be for the coming years.

There is also the option of keeping current expenses (such as salaries, purchase of materials and machine maintenance) subject to a spending limit, adjusted for inflation plus a real percentage, while investments would be under another limit. Another wing defends the resumption of pursuing only the primary result as the main anchor of public accounts, as it was before the spending ceiling.

People close to the discussions believe that the latter model has a chance of prevailing, since Lula has been insisting that he intends to revoke the spending ceiling. He also says that you don’t need a law to have fiscal responsibility. Anyway, there is still no consensus.

Facebook
Twitter
Pinterest
WhatsApp
Previous article
Congratulations from Biden and Macron to Lula on his election
Next article
‘My first vote for Lula and the PT’: what businessmen disillusioned with Bolsonaro think