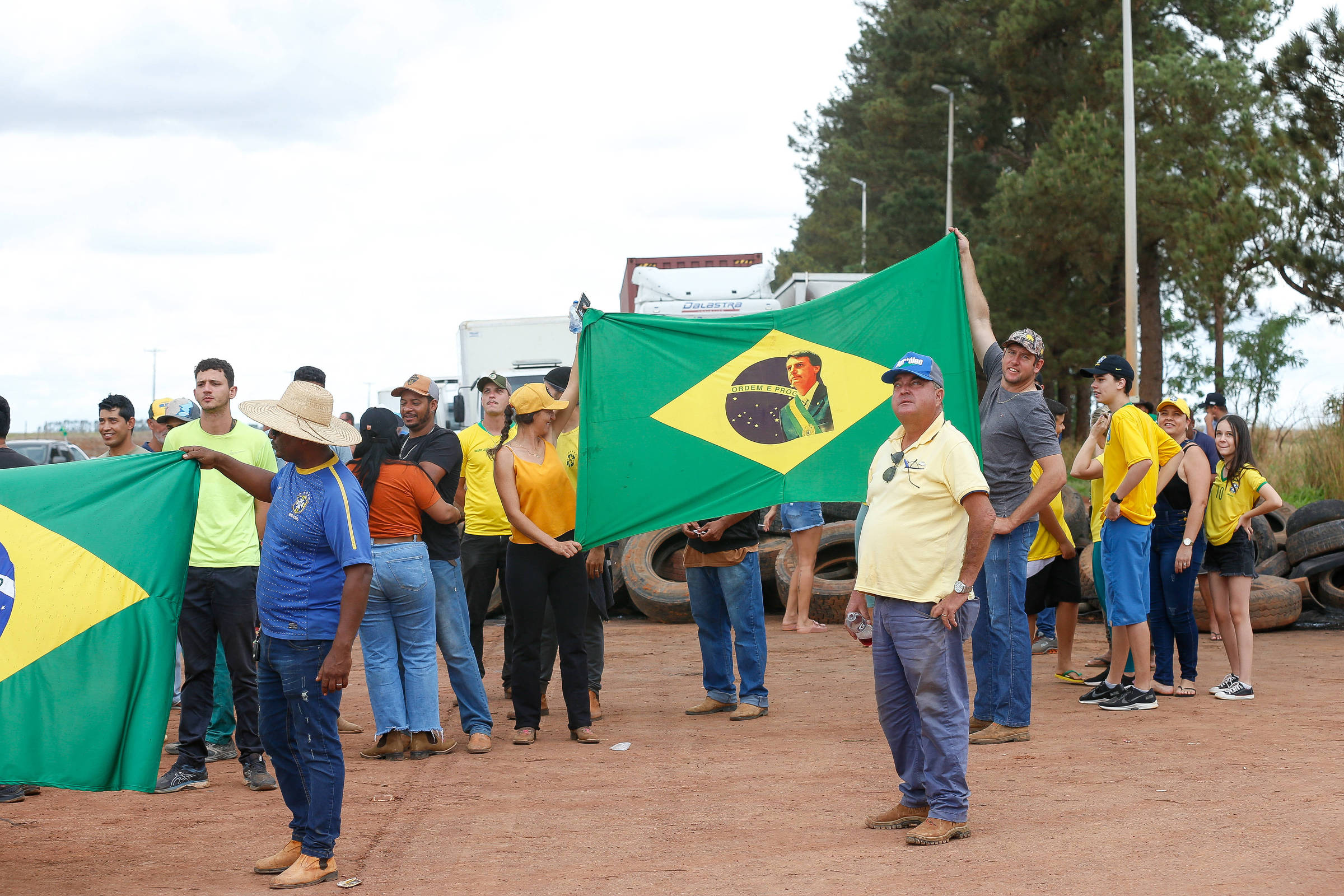 Roadblocks in support of President Jair Bolsonaro (PL) and against the election result already affect the meat, milk and supermarket supply sector.

Representative of the Mato Grosso slaughterhouse sector says that the industry is partially stopped, due to the difficulty of transporting live animals for slaughter.

In the dairy sector, Viva Lácteos (Brazilian Dairy Association) states that there is difficulty both in the supply of inputs and in the flow of production.

Abras (Brazilian Association of Supermarkets) reported in a note that supermarkets are already beginning to face supply difficulties and asked President Jair Bolsonaro for support.

“We have daily slaughter and we depend on daily transportation for production. Since yesterday [31] we can’t get through, so the industry is literally at a standstill right now,” a representative of the meatpacking sector in Mato Grosso told BBC News Brazil, who asked not to be identified for fear of reprisals.

The State of Mato Grosso leads the slaughter of cattle in Brazil, representing 16% of the national production, followed by Mato Grosso do Sul (11.3%) and São Paulo (11%), according to the IBGE (Brazilian Institute of Geography and Statistics ).

“Today there is still production of what arrived yesterday from our raw material, which is ox, whose transport is done daily from the pasture and feedlots to the industry. This transport is blocked, as is the transport of the final product to the big centers.”

The industry spokesman says that all meatpacking plants in the state are being affected.

“They are all partially stopped, with at least 50% of the production committed, at least”, he says.

“You have companies with lower fixed costs, because they are very small, even the largest ones. So, per production unit, a day of non-working can represent expenses of R$ 20 thousand to R$ 200 thousand”, estimates the representative of the sector, about the economic impact of the production stop.

For the agro-industrial sector, the blocking of roads for political reasons has no logical explanation or legal basis and harms operations. “It’s bad for the economy. Period.”

Asked if this harmful effect could shake the support of the agricultural sector for Bolsonaro, he believes that it does not, crediting the protests to the action of “radicals”.

“It is a punctual movement, with some radicalization. I think this does not harm support for ideas”, he evaluates. “I don’t see how something structured, coordinated, has none of that.”

The agribusiness representative, however, believes that Bolsonaro needs to go public to end the blockades.

“My expectation, and I think that of all Brazilians, is of order. Orders need to be fulfilled, we need to respect decisions.

“If he’s the reason [dos protestos] and if his absence promotes disorder, it is his obligation to speak out”, says the representative.

Gustavo Beduschi, executive director of Viva Lácteos (Brazilian Dairy Association), says that the sector is already feeling the impacts of the blockages, but hopes that the situation can be resolved quickly.

“We’re following what’s happening and it’s really starting to complicate things as the movement that started yesterday has escalated very fast, much faster than in 2018. [ano da greve dos caminhoneiros]”, said Beduschi in an interview with BBC News Brazil.

According to him, the associated companies report different problems between the states and there is an articulation between the different associations of the productive sector monitoring the situation.

“There are reports of distribution problems because of the blocked roads and there are beginning to be reports of supply problems. But we hope that, soon, with the actions that are taking place, we will be able to have a solution to this in the best possible way.”

Viva Lácteos’ director explains that the milk sector is always one of the first to be affected when road stoppages occur, as the collection from the producers is carried out on a daily basis.

“We have to run daily to collect milk. And the derivative, even being processed in the industry, depending on the product, does not have a great shelf life. That is why it is necessary to drain the production soon, if it is stopped, it will complicate”, he says.

In 2018, Viva Lácteos announced a loss of R$ 1 billion throughout the milk production chain in 7 days of truck drivers’ strike. The volume of discarded milk reached more than 300 million liters in that season of protests.

“If the problem persists, as happened in 2018, we could have significant economic losses. This time, we hope it will be resolved soon, in a short space of time.” [de tempo]”, says the executive director.

“If this goes on and there is a distribution problem, it is the supply for the population [que é afetado]. And we are talking about food. But we work with a focus on a solution as quickly as possible, with as little stress as possible”, he concludes.

Food sector and agro parliamentarians call for an end to blockades

The Abia (Brazilian Association of the Food Industry) informed in a note that “it continues to monitor the possible impacts with attention and concern, because guaranteeing the supply of food for the Brazilian population is a priority”.

“We remind you that the production, distribution, commercialization and delivery of food and beverages were considered an essential activity by the federal government in 2020. It is therefore essential that there is free movement of trucks and private or collective vehicles that transport employees from the food industry. food and beverages, as well as inputs and finished products to supply retail and food establishments, thus ensuring the well-being of society”, says the note from the food sector association.

On Monday (31), the Agricultural Parliamentary Front, which brings together congressmen who defend the sector, also released a note calling for the release of highways.

“The Parliamentary Agricultural Front understands that the moment is delicate and respects the constitutional right to demonstrate, but emphasizes that the path of stoppages of our highways directly impacts Brazilian consumers, in the possible shortage and in the entire rural production chain of the country”, said the entity.

“We make an appeal for the highways to be cleared for live loads, rations, ambulances and other essential and/or perishable products.”

Facebook
Twitter
Pinterest
WhatsApp
Previous article
Vaivém: CNA, which supported Bolsonaro, says it is ready for dialogue and cooperation with the elected government
Next article
The platform for vaccinating children aged 6 months to 4 years is opening soon