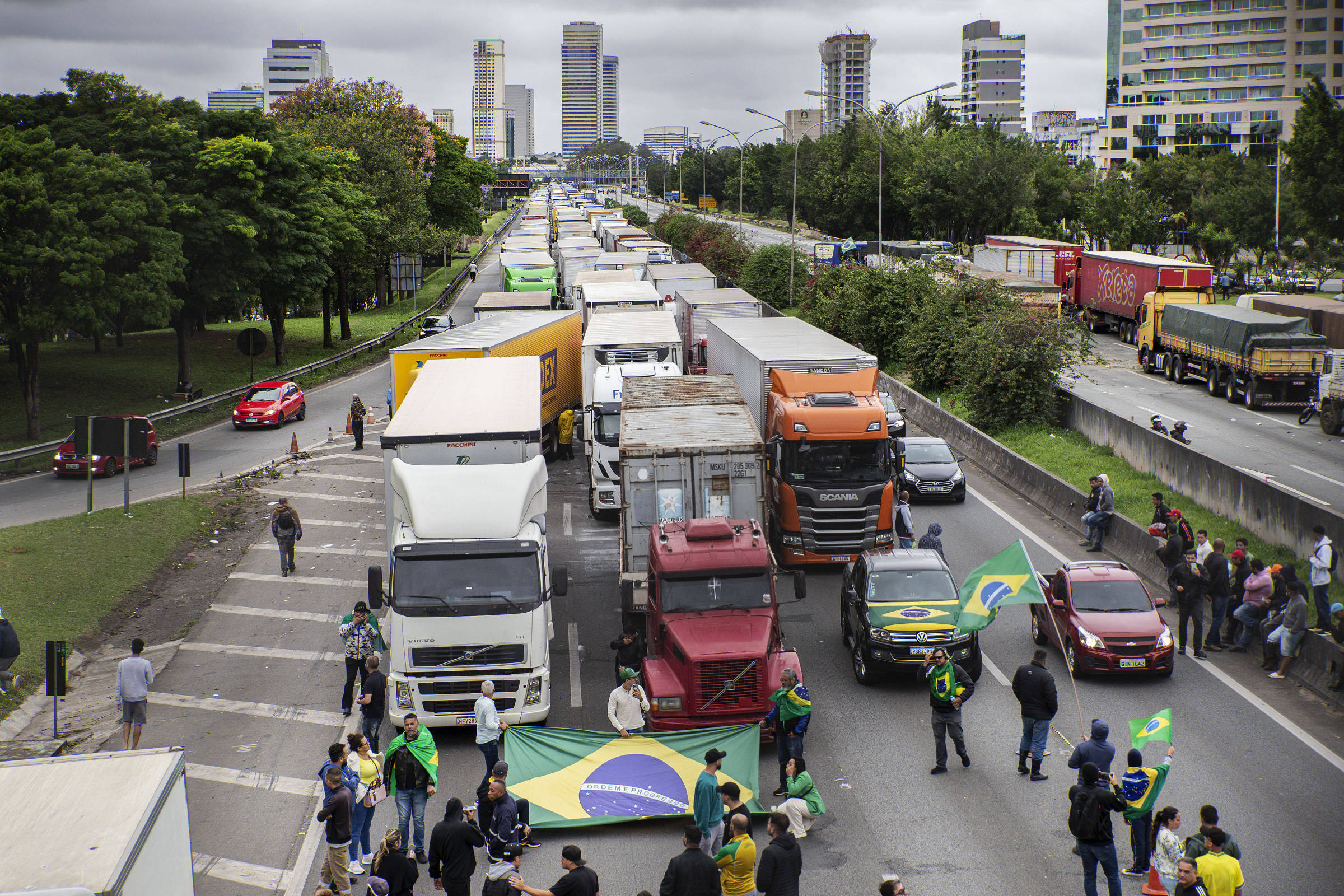 Scammers take children to protest at Castelo Branco, and police say they will change strategy

In the late afternoon of this Tuesday (1st), the presence of children in a coup protest on Castelo Branco highway, in Barueri (SP), made the Military Highway Police of São Paulo change its strategy.

In addition to adults, the scammer blockade at Castelo brings together children of different ages, including babies. Accompanied by their parents, many are right at the beginning of the blockade, in front of the place where the TV cameras are positioned. Some use whistles and dress with the Brazilian flag.

Thus, to avoid confrontation and possible victims, the agents decided to try to free other points of the road first, and leave the release of the blocked stretch at km 26, near the entrance to Alphaville, where there is a greater presence of families and children to the final part.

The objective, according to a spokesman for the PM, is to try to reduce the number of blockades, concentrating the protesters in a single point. In this case, the captain believes that there could be a natural wear and tear of the movement over time, and the consequent demobilization.

Castelo has blocked points since Monday (31). In the late morning of this Tuesday, the police received an order to clear the act in Barueri. At around 12:30 pm, the riot police were called. Rubber bullets and tear gas were used and the protesters dispersed. However, they returned to focus a few meters ahead.

During the afternoon, the police were waiting for directions for hours. The highway had three of its four lanes blocked on that stretch. Ambulances and trucks carrying hospital oxygen or food are allowed to pass through one of the lanes.

This Tuesday morning (1st), Governor Rodrigo Garcia (PSDB) announced that fines of R$100,000 per hour will be imposed for each vehicle that obstructs roads in the state of São Paulo. In addition, the protesters will be registered and, eventually, may be arrested. Military police officers may use police force in case of resistance.

Supporters of Jair Bolsonaro (PL) occupy roads across the country against the result of Sunday’s elections, which elected Luiz Inácio Lula da Silva (PT) to the presidency of Brazil. Many of them are calling for a military coup to forcibly reverse the results of the polls. In Sunday’s vote (30), Lula had 60.3 million votes, against 58.2 million for Bolsonaro.

Facebook
Twitter
Pinterest
WhatsApp
Previous article
Video: stopped at blockade, Zezé Di Camargo is celebrated by pro-Bolsonaro protesters
Next article
Bolsonarist groups say they will not leave the streets after the president’s speech