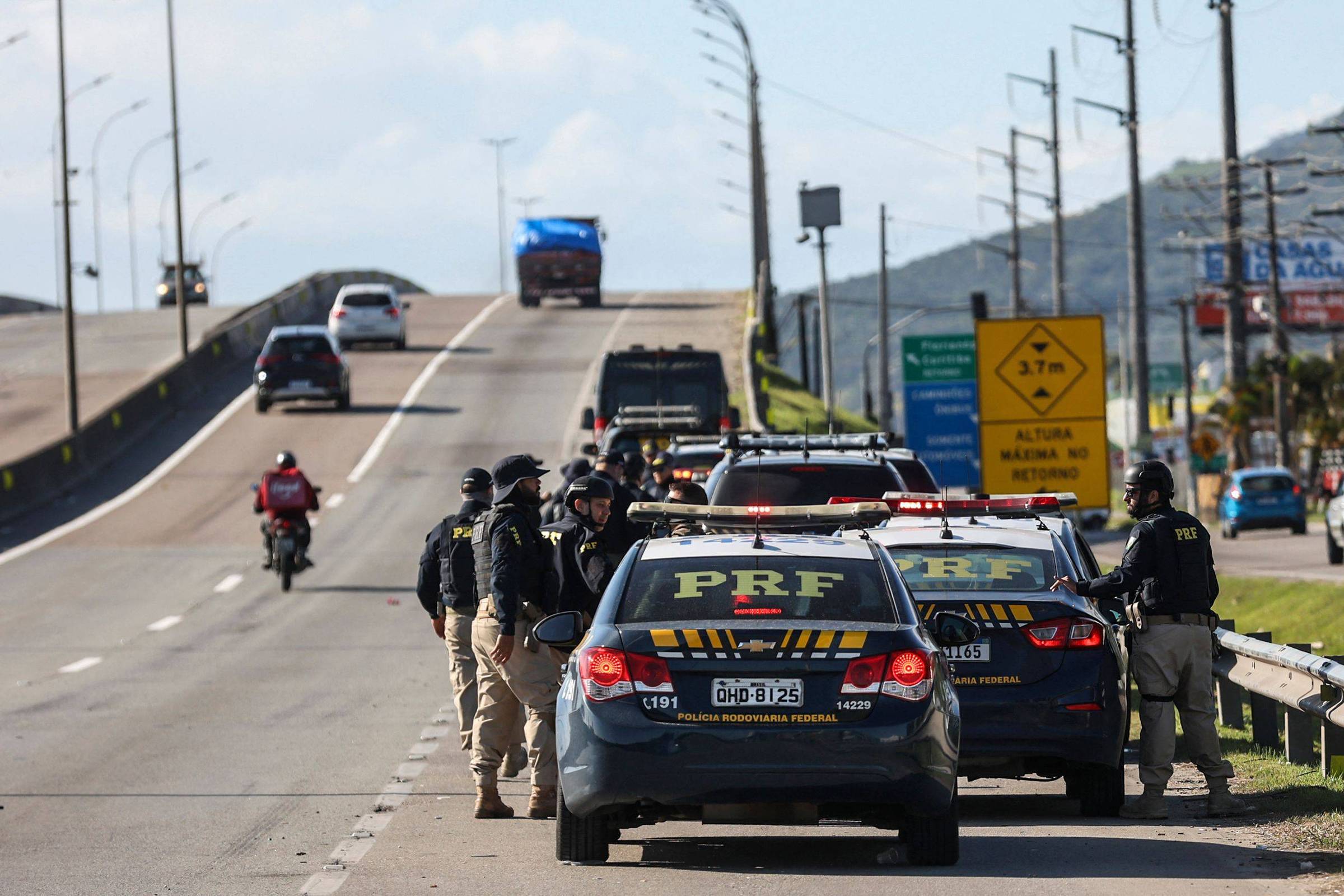 PRF applied only 55 maximum fines against bolsonaristas in blockades

The PRF (Federal Highway Police) applied only 55 fines with the highest value foreseen among the infractions of the Traffic Code during the action to end the undemocratic blockades carried out by bolsonaristas against the election of Luiz Inácio Lula da Silva (PT) on the highways of country.

According to data sent to the Federal Supreme Court (STF), the punishment for organizing an action to interrupt, restrict or disturb traffic on the road without authorization from the transit agency or entity represents only 0.8% of the 6,200 fines applied between the days November 1st and 6th.

Considered very serious, the fine for this type of infraction can reach R$ 17 thousand, since the Traffic Code provides that the base fine of R$ 293.47 is multiplied by 60 when the target is an organizer of the action.

The PRF also fined 2,423 vehicles that interrupted, restricted or disturbed circulation on the road without authorization from the transit agency or entity, an infraction also considered very serious and whose fine is R$ 5,800.

The information was sent by the PRF itself to the office of STF Minister Alexandre de Moraes. They are within the scope of the action in which the Court determined the adoption of measures to clear the roads.

The request to the Supreme Court was made by the CNT (National Confederation of Transport). The confederation requested that the STF authorize the government to adopt the same measures taken against the 2018 truck drivers’ strike.

The PRF came into Moraes’ sights after failing to comply with the decision, still on Sunday (30) of the election, and carrying out a blitz against passenger transport vehicles. After the end of the investigation, the agency again clashed with the minister for not ending the demonstrations of blockades on highways.

On Monday (31), Moraes ordered the government to immediately adopt “all necessary and sufficient measures” to clear the roads occupied by Bolsonaristas and recorded the possibility of arrest in flagrante delicto of the director general of the PRF, Silvinei Vasques, in the event of a new noncompliance.

According to the minister, at that time, there was “omission and inertia” by the PRF in clearing the roads.

Videos that circulated on the networks showed that the PRF was not acting to end the demonstrations.

In one of them, agents say that the order is just to remain in place. “The only thing I have to say right now is that the only order we have is to be here with you, that’s all,” said a policeman who was following a roadblock in Palhoça (SC).

In another video, a police officer in Rio do Sul (SC) said he would be there to monitor the demonstration, but would not issue any fines.

“Another commitment that I make with you here, no vehicle that is here at the demonstration will be the subject of any notification. I will not issue any fines”, said the policeman, being applauded afterwards.