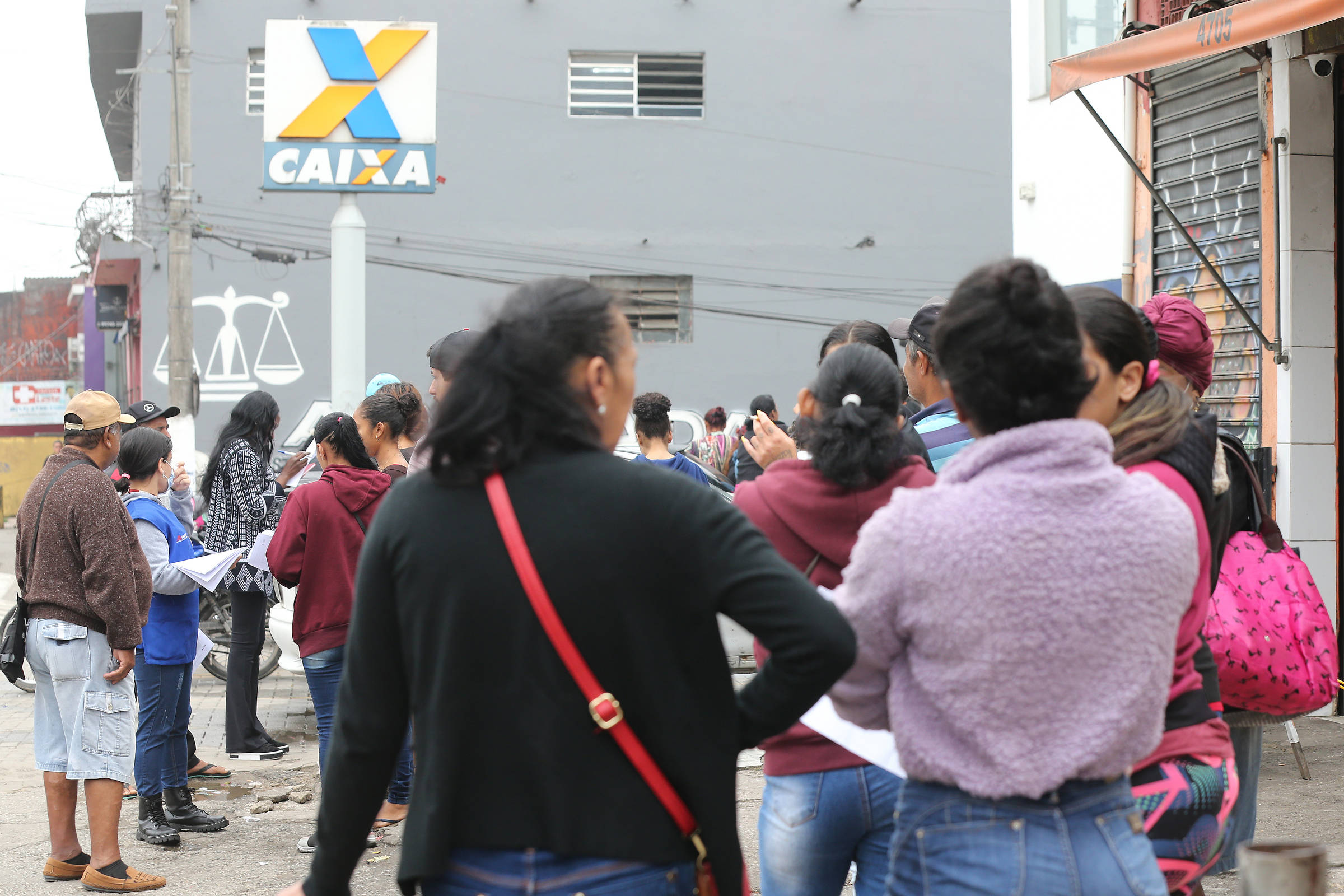 Beneficiaries of Auxílio Brasil complain of undue or anticipated discounts on the payment statement for the November benefit, which will be deposited between the 17th and 30th of this month. There are complaints from people who have not applied for the loan, but have scheduled discounts. There are also reports of beneficiaries who asked for credit, but said that the first installment would only be debited in December, as detailed in the contract.

Paola de Carvalho, director of the Brazilian Basic Income Network, says she is receiving several complaints. According to her, in many cases, the payment statements indicate a discount of R$ 160 already this month, which surprised many people.

Thais Salino, 29, is one of them. Currently unemployed, she says she did not apply for the payroll loan linked to Auxílio Brasil, but the Caixa app shows a debt in the amount to be paid in November. “I saw in the Caixa Tem app, in the contracts option, that there is a contract that I don’t know and is in processing”, she says.

When trying to cancel, she says that the message appears that it is necessary to wait seven days after hiring to make the suspension. The screenshot taken by Salino shows the details of the contract and, even if she had applied for the credit, it appears that the first installment was due in December.

Salino says he was unable to solve the problem through Caixa’s SAC. “If I can’t [cancelar o contrato em sete dias] I go to Caixa Econômica”, he says.

Regarding the beginning of debts for those who requested the loan, the Ministry of Citizenship informed that, in the payroll of the aid referring to November, loans contracted between October 10 and November 1 will be discounted and that all beneficiaries who have a discount will be notified by message in the statement.

According to Citizenship, the first discount will occur in the first month following the sending of information by financial institutions to the agent operating the payroll loans. Beneficiaries can directly contact the institution where the loan was contracted or file a dispute on the consumer.gov.br website, he said.

Receptionist had order canceled and says he didn’t receive money

Thais Viana, 28, also says she was surprised to see this month’s extract. “Usually the application shows the BRL 400, in addition to the BRL 200 [complementares]🇧🇷 This month, it was only R$254, and I didn’t take out a loan. I even tried, but it was cancelled. I didn’t get any money,” he complains.

A receptionist in Rio de Janeiro, Viana says that she tried to contact the numbers provided by Caixa, but cannot get past the electronic service stage. “I work from 8 am to 6 pm, going to the agency is complicated”, he says.

Who also complains of improper collection is the administrative assistant Rosilene Silva, 28. She says she applied for the loan on the 25th, which was approved. However, last Friday (4), the contract disappeared from the section where it was supposed to appear – although the first installment is already scheduled.

“In the Auxílio app, the loan discount came, and I didn’t even get it [o dinheiro]🇧🇷 Deducted R$ 160 from the amount I receive on the 21st [de novembro]”. According to Silva, the payroll loan did not make it into the account either. “I looked at Caixa Tem, pulled out a statement, looked at Caixa Poupança. Anything.”

At the agency, she says she was informed that it was necessary to wait until November 14, because there was a problem with the application. “They looked at my CPF and said that I had no loan request, it is not in the system. But I took a printout of the contract, of the message that arrived”, she says.

Credit release was marred by failures and suspension

The beginning of the release of the Auxílio Brasil consignment was marked by complaints about canceled credit, delay in releasing the money, charging an extra fee and overloading Caixa’s systems. The credit line has already been suspended by the bank twice (the release of new loans is blocked until November 14).

On the eve of the election, the TCU (Union Court of Auditors) also recommended that the loan be suspended. After an overload in the system due to the explosion of accesses, orders were canceled or were in processing. The bank estimated that there were around 200,000 people with contracts under review or pending as of October 21 and who would need to apply again.

Paola de Carvalho, from the Brazilian Basic Income Network, says she is concerned about the number of families reporting that they did not receive the loan money, but that they have the discount provided for in their statements.

The director says she is collecting the reports to decide what to do. One of the options is to call the Public Defender’s Office. “But it will take a year, a year and a half, for people to be reimbursed. What worries me is this.”

The official recommendation is for the beneficiary to use the Ministry of Citizenship service channel (telephone 121) to file a complaint. However, Carvalho says that people have not been able to get feedback.

Going to the agency, she says, has also been fruitless. “They tell you to look in the app or look for Cras [Centro de Referência da Assistência Social]which is absurd because they are not the ones who organize the payment of the payroll”, he says.

In addition, the payroll regulation provided that the bank made it very clear to customers what the conditions were when contracting the credit, but Carvalho says that the reality is different. “It’s been pretty confusing,” he says. “It should have been written that from that day onwards, the benefit credit will be debited, and none of this has been done”, he adds.