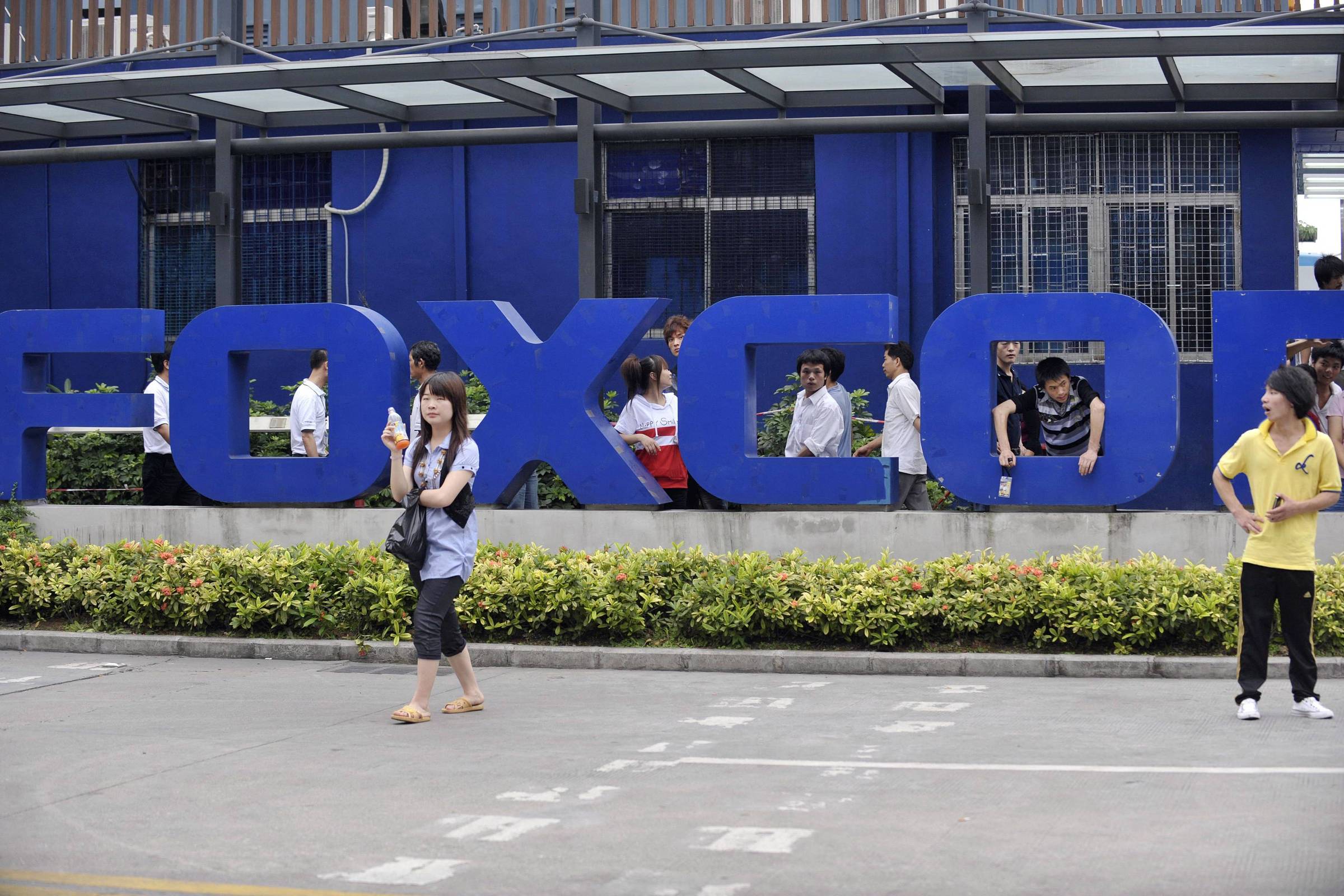 Foxconn, an Apple supplier, said on Thursday there was a “technical error” related to paying workers at the world’s biggest iPhone factory in China, and apologized to workers after the unit was shaken. by protests.

Men broke surveillance cameras and clashed with security personnel on Wednesday (23), as hundreds of workers protested at the factory in the city of Zhengzhou. The rare scenes of public dissent in China have been sparked by complaints of late payments and frustration with severe Covid-19 restrictions.

In videos that circulated on social media, workers said they were told the company intended to delay bonus payments. Some also complained that they were forced to share dorms with colleagues who tested positive for Covid-19.

“Our team is investigating the matter and found that a technical error occurred during the onboarding process,” Foxconn said in a statement, referring to the hiring of new staff.

“We apologize for an admission error in the computer system and assure you that the actual pay is the same as agreed on the official recruitment posters,” he said, without giving further details.

The apology was a turnaround from the day before, when Foxconn said it had fulfilled its payment agreements. The factory employs over 200,000 workers and produces devices including the iPhone 14 Pro and Pro Max. The plant manufactures around 70% of iPhones globally.

Larger riots have subsided and the company is communicating with employees involved in smaller protests, a Foxconn source familiar with the matter told Reuters on Thursday.

The company held “initial agreements” with employees to resolve the dispute, while production at the factory continued, the source said.

The Taiwanese company said it would respect the wishes of new employees who wanted to resign and leave the factory facility and would offer them “assistance allowances”. These subsidies total 10,000 yuan ($1,400) per worker, according to the source.

Apple said it had workers at the factory and was “working closely with Foxconn to ensure its workers’ concerns are addressed”.

Several activist shareholders told Reuters that the protests showed the risks Apple faces due to its reliance on manufacturing in China.

“Apple’s extreme reliance on China, both as a (consumer) market and as a primary manufacturing location, is a very risky situation,” said Christina O’Connell, senior manager at SumOfUs, a nonprofit corporate responsibility group.