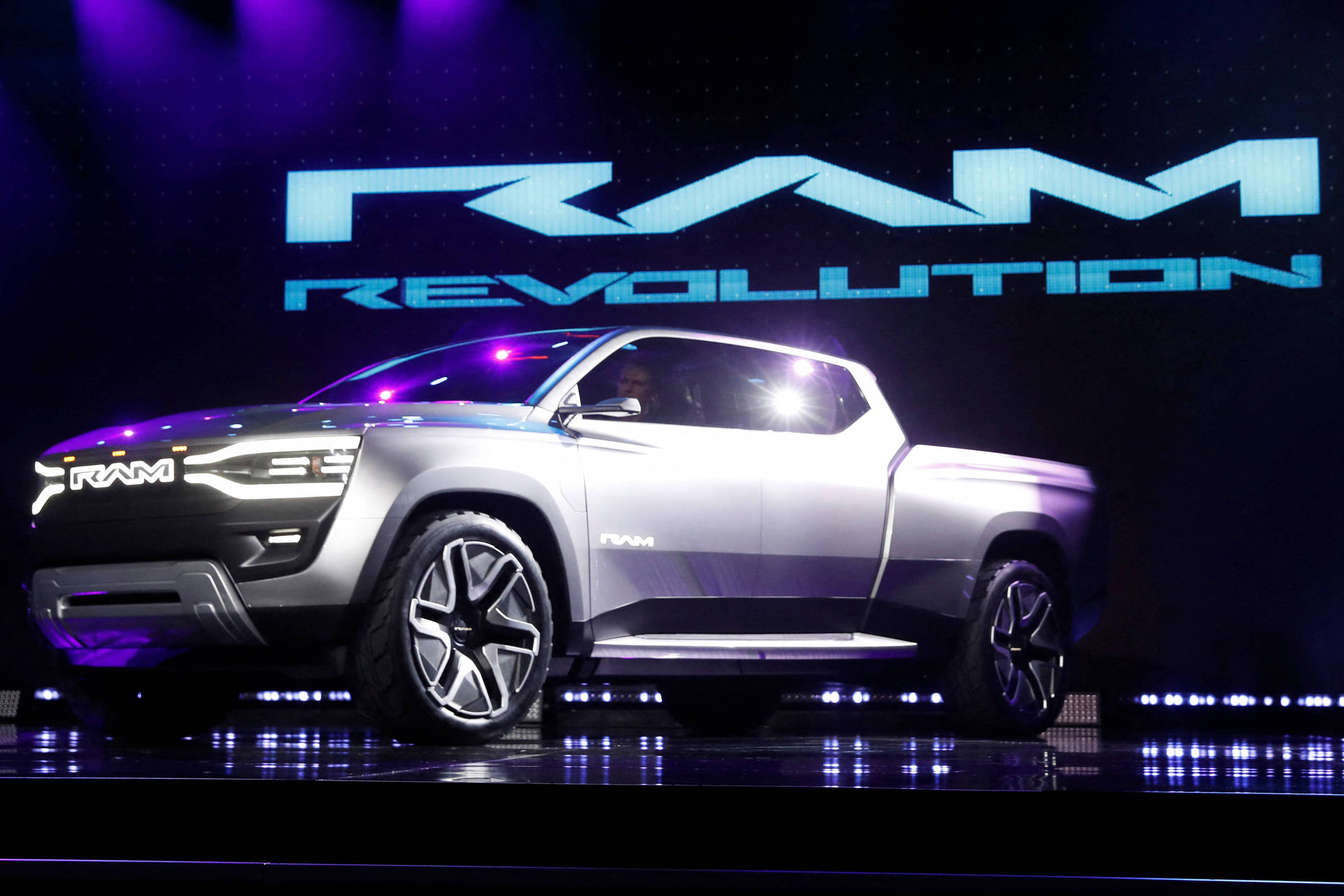 The RAM 1500 Revolution BEV Concept is one of the main attractions of the Stellantis group at CES, a technology fair held in Las Vegas. The model features saloon-type doors (they open in opposite directions) and interior with limousine space.

Although the style is different, this vastness of the cabin is already known by the brand’s pickup truck owners in Brazil.

The target audience is the most prosperous layer of Brazilian agribusiness. They are vehicles with high consumption, but with good autonomy due to fuel tanks with a capacity of 100 liters.

It is difficult to imagine that consumers of this model will also line up to purchase the future electric version, whose price should approach R$ 1 million. That, of course, if this option arrives in Brazil. In the US, the launch is scheduled for 2024.

The design is quite different from that seen on current RAM pickups. There’s no bulky or chrome front grille, and the headlights are framed by thick LED strips.

The mirrors were replaced by cameras and screens. The central touch-sensitive panel has a monitor that, when opened, is 28 inches.

In addition to the bucket, there is a trunk at the front of the concept. RAM did not provide much technical information, but it is possible to estimate the total length at approximately six meters. To help with manoeuvring, the rear wheels also steer.

Although electrification is an important part of the global strategy of the Stellantis group, Carlos Tavares, the company’s CEO, is not the most enthusiastic about these technologies.

In an interview held this Thursday (5), shortly after the presentation of the pickup, the executive mentioned the costs of this energy transition, which cannot be fully passed on to the consumer public.

For Brazil, Tavares pointed out the flex-fuel car as an efficient solution from an environmental point of view, while the 100% electric would be complementary.