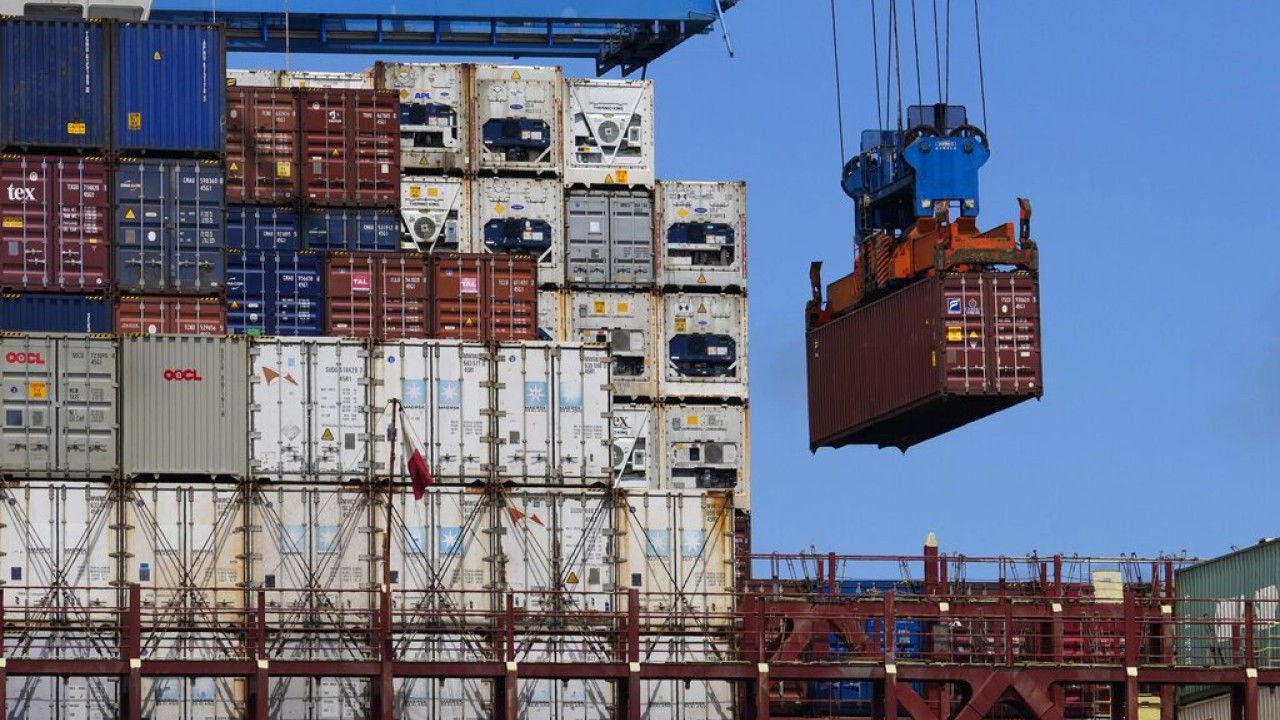 Greek exports are moving at historically high levels, which for another month, in November, continued their strong upward trend (+20.4%).

As underlined in his announcement Panhellenic Association of Exporters, despite the unfavorable environment, with high inflation plaguing the European economy and the energy crisis putting additional obstacles to economic activity, Greek businesses have managed to maintain the momentum they have acquired in recent years. It is characteristic that in the 11th month of 2022, the total value of exports reached 50.11 billion euros, increased by 37.7% compared to the corresponding period of 2021. On the other hand, a permanent source of concern is the deficit in the trade balance, which is still expanding and affecting public finances.

All sectors played an important role in the new increase in Greek exports, with the sole exceptions of the Raw Materials sector (-3.7%) and Confidential Products (-8.8%) with their value being low, however. More specifically, a significant percentage increase is recorded in the high value categories: Petroleum-Fuels (+35.6%), Industrial (+3.4%), Food & Live Animals (+13.4%) and Chemicals (12.4 %). The exports of the categories Machinery (+18.9%) and Miscellaneous Industrial (+31.5%) for November 2022 are also on the rise. In Oils there is a strong increase in the value of exports by +151.5%, while significantly exports of the Drinks & Tobacco category are also up (+46.3%) compared to November 2021.

Commenting on the performance of Greek exports for November 2022, the president of the Panhellenic Association of Exporters, Christina Sakellaridisstated the following: “The emphasis that more and more companies place on exports is undoubtedly an extremely encouraging element for the path of transformation of the Greek economy. Extroversion has been reduced to a national priority in the new production model that Greece is trying to build. And as everything shows, it is moving in the right direction, based on the performance of Greek exports in November 2022. At the same time, however, even more emphasis needs to be placed on strengthening domestic production, which is the key to creating a sustainable economy, which will be able to provide well-paying jobs and perspective to our country’s workforce”.

In more detail, according to an analysis by the Panhellenic Association of Exporters and the Center for Export Research and Studies (KEEM), on the provisional data of EL-STAT, a large increase is recorded in the course of exports during the month of November 2022 as exports increased by 803.8 million euros or by 20.4% and amounted to 4.74 billion euros against 3.94 billion euros in the same month of the year 2021. Excluding petroleum products, the increase is smaller by about 6 units, as they amounted to 3 ,19 billion euros from 2.80 billion euros, i.e. they increased by 395.1 million euros or by 14.1%, which confirms the enormous importance of the 35.6% increase in Greek exports of petroleum products and fuels .

This year’s increase in the country’s exports for the eleventh month of 2022 is strong. In particular, exports as a whole in the January-November period increased by 13.71 billion euros or by 37.7% and reached 50.11 billion euros from 36 .40 billion euros.

Similarly, without petroleum, it is notable that despite the pandemic and the war in Ukraine, exports for the eleven months of January-November are moving upwards compared to 2021, to 32.12 billion euros from 26.35 billion euros, i.e. increased by 5.77 billion euros or by 21.9%.

The course of exports by geographical region

Regarding the course of exports by geographical regions in November 2022, a significant increase in shipments to EU countries is observed. by 36.9% while towards Third Countries a slight increase of 2.3% is recorded. But when petroleum products are excluded, the difference in growth evens out. Exports to EU countries increased by 15.5% and to third countries by 11.9%.

With regard to the percentage of exports directed to the markets of EU member states, including oil products, this increased by seven points and reached 59.5% compared to 52.4% in relation to the corresponding month of 2021. The reverse is the image recorded for the percentage of exports to Third Countries, which was 40.5% against 47.6%. Without petroleum products, the share of exports to EU countries is 62.8% and to Third Countries at 37.2%.

The path by sector

Regarding the major product categories, in November 2022 upward trends are recorded in all sectors, with the sole exceptions of the Raw Materials sector (-3.7%) and Confidential Products (-8.8%) with the value of the latter but be low.

Looking at the eleven months of January – November 2022, all major product categories recorded a significant increase.

Facebook
Twitter
Pinterest
WhatsApp
Previous article
YPPOA: This is the New National Archaeological Museum – The architectural proposal has been selected
Next article
Pleuris’ answer to Tsipras on the drugs: Once again he is inferior to the circumstances