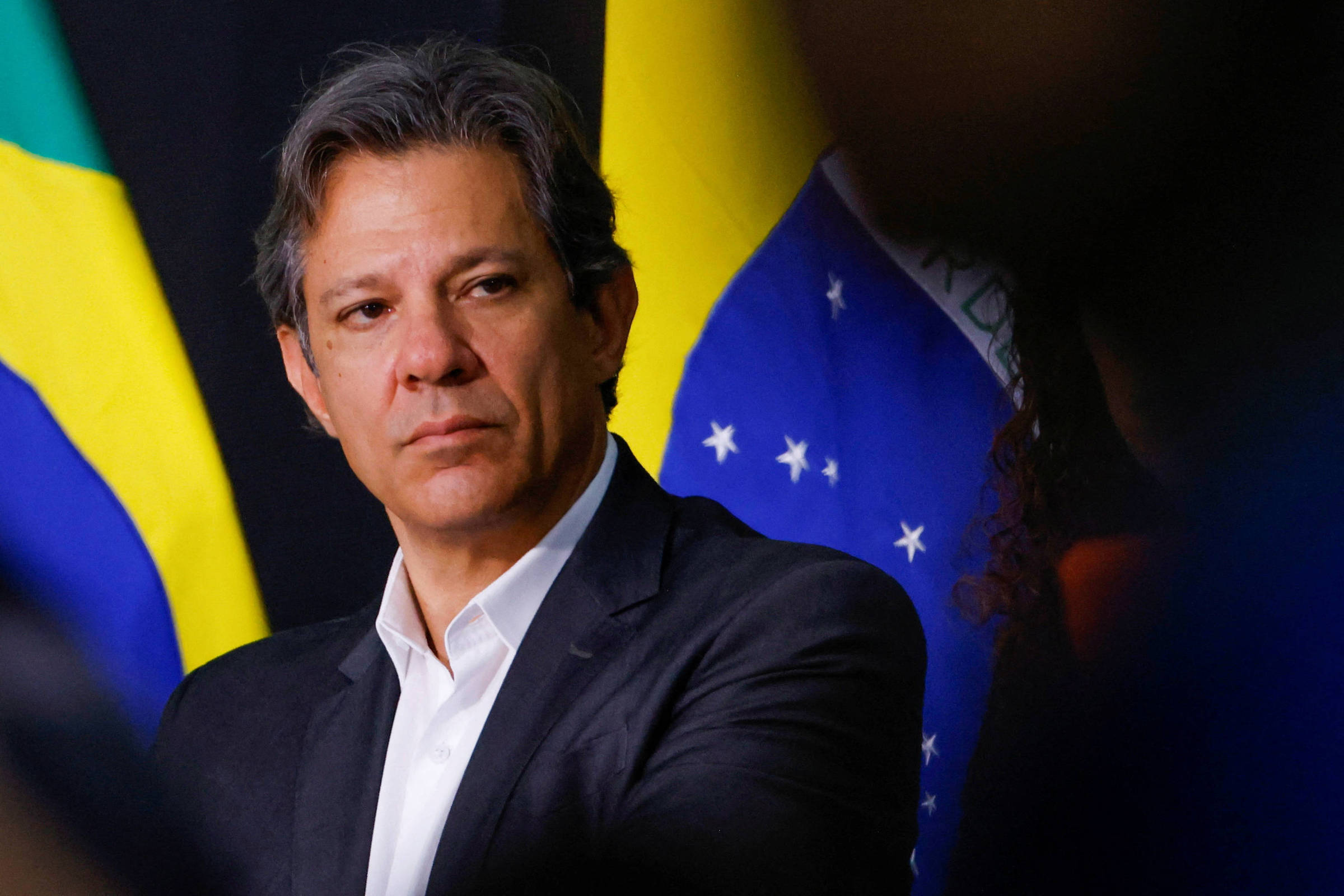 The Minister of Finance, Fernando Haddad (PT), intends to maintain the original schedule and announce the first economic measures later this week, even after the political impact of the coup acts that resulted in the destruction of the headquarters of the three Powers, in Brasília.

Haddad discussed the matter with the Chief of Staff this Monday (9) and, according to interlocutors, the position was validated by President Luiz Inácio Lula da Silva (PT).

Despite the great mobilization to investigate the acts and look for suspects and their financiers, the new government wants to demonstrate that the work continues and that “the country cannot stop”, even in the face of vandalism promoted by supporters of former president Jair Bolsonaro (PL) .

The Ministry of Finance building itself had windows and glass broken on Sunday night (8). The two main entrances, accessed by the Esplanada dos Ministérios, were blocked, but the minister and his assistants were dispatched normally. They entered the building through the garage.

Already this Monday morning, the Minister of Finance called his team to demand commitment in finalizing the measures, which involve a tax package to raise revenues and actions to review contracts to reduce expenses.

Haddad was with Lula at the meeting with heads of other Powers and other government ministers to discuss the situation after the acts of violence.

Maintaining the ad was already being defended by technicians, who see the package as a way of issuing a firm signal of commitment to public accounts. The 2023 Budget was approved with a shortfall of BRL 231.55 billion, but the minister has already said that he will not accept “an absurd deficit” like that.

So far, the only change in schedule was the pronouncement by the Minister of Labor, Luiz Marinho, on the minimum wage, which was scheduled for this Monday and ended up being postponed amid the government’s immediate need to assess losses and advance investigations.

As shown to SheetHaddad has been discussing, since the first week in office, a wide range of measures that could generate an impact of up to R$223 billion on public accounts.

Political analysts, however, estimate that the coup acts may take space from the economic agenda in the coming weeks, making it difficult for the new minister to advance his measures. Some of them depend only on a decree by the Presidency of the Republic, but others will need the final approval of Congress.

“It is inevitable to affect the government’s agenda in the coming months. We will certainly have CPI [Comissão Parlamentar de Inquérito]judgments at the Supreme Court [Supremo Tribunal Federal]in addition to elections for the Chamber and Senate”, assesses political analyst Bruno Carazza, a professor at Fundação Dom Cabral.

He recalls that, in 2013, the demonstrations ended up guiding the political agenda for months. This could be repeated in 2023. “I find it difficult to raise taxes with the country under current conditions. Perhaps there is no political climate for this in the very short term”, he says.

Political scientist Rafael Cortez, from consultancy Tendências, assesses that the fiscal adjustment should be “slower and more fragmented” to avoid the loss of popularity of the new government in the midst of the more complex political scenario. “The developments are negative for the reform agenda. The economic agenda loses prominence to institutional tension, and this reduces the space for controlling fiscal expansionism.”

On the other hand, he recognizes that a greater sense of unity between the Powers can be positive in strengthening a coalition.

This is precisely the main bet of elected deputy Lindbergh Farias (PT-RJ), who takes office in February. “Once that initial moment has been overcome, I think that now there is room to build a broad front in defense of democracy,” he says.

“As contradictory as it may be, seeing something good in all of this, I think that based on society’s reaction, with broad sectors condemning this, it is a moment when the government can advance its agendas”, says Farias. He foresees a “much stronger crowd” for the Executive to be able to move forward with the measures and tackle the fiscal problem — an issue for which the new management is pressured by the financial market.

“There will be screams from some business sectors [com a reversão de desonerações]but if there is any consensus, it is that the Dilma government exemptions [Rousseff] did not lead to economic growth,” says the elected deputy. “And these exemptions [de Bolsonaro] were made at lights out, haven’t even had an impact on the economy yet.”

According to technicians, the measures under study will be enough to keep the gross debt at a level close to 76% of GDP (Gross Domestic Product) until 2026, paving the way for its reduction in the following years. According to the Treasury forecast, it ended 2022 at 73.7% of GDP – the official data will be released at the end of the month by the Central Bank.

In an interview with Sheetthe Secretary of the National Treasury, Rogério Ceron, stated that the new government will not let the gross debt reach 80% of GDP —a level surpassed only at the height of the Covid-19 pandemic.

One of the measures that make up the list is the use of ICMS credits, a state tax, with an impact of R$ 30 billion.

Another measure is the reduction in the scope of exemption on fuels compared to last year (R$ 28.67 billion). At the beginning of the year, Lula extended the benefit for 12 months, in the case of diesel, biodiesel and cooking gas, and for 60 days in the case of other fuels.

Also on the list are the possibility of undoing the 35% cut in the IPI (Tax on Industrialized Products) rates adopted by the previous administration (R$ 9.01 billion), the repeal of the PIS/Cofins cut on financial income from large companies (R$ 4.4 billion) and the re-encumbrance of the IOF (Tax on Financial Operations), with an impact of R$ 0.47 billion.

The team also listed possible extraordinary revenue actions, as an “extraordinary incentive to reduce litigiousness in Carf”, in reference to the administrative court that judges tax conflicts. The potential is estimated at R$ 53.77 billion.

Haddad established as one of the priorities to improve the governance of Carf, which accumulates a growing stock of litigation and which already exceeds R$ 1.2 trillion. The aim is to seek structural measures to speed up the analysis of processes. A new president has already been appointed to head the court.

Still on the list of extraordinary revenues, another option is an “extraordinary incentive for spontaneous reporting”, estimated at R$ 33.77 billion, but not detailed in the presentation made last week.

On the expenses side, Haddad’s team is betting on savings of R$ 15 billion in resources with the review of contracts and programs, in addition to the possibility of allowing a lower execution of expenses than the one effectively authorized in the Budget (with an impact of R$ 25 billion).