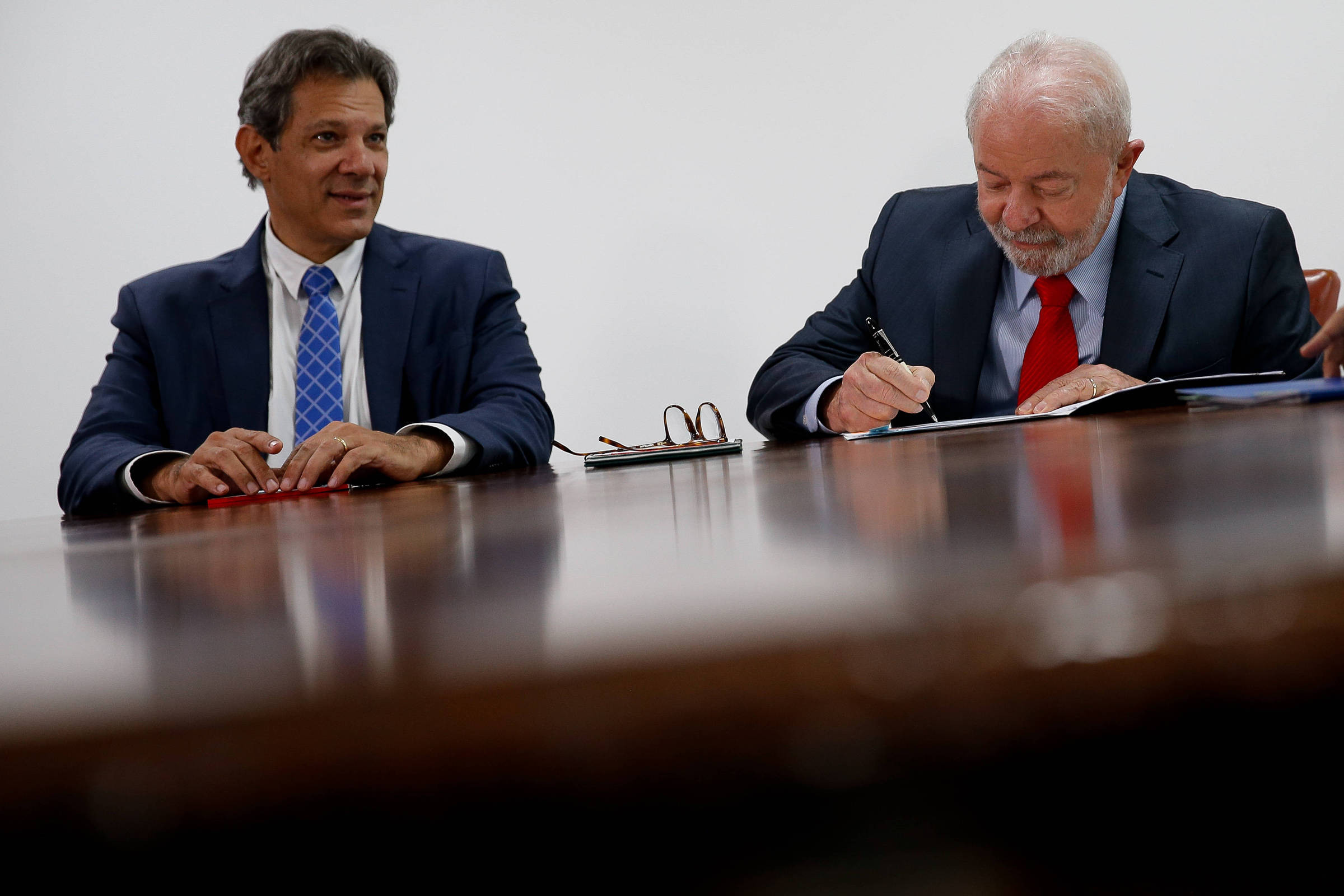 ‘Lula’s commitment is with a real increase in the minimum wage, which has already happened’, says Haddad

The Minister of Finance, Fernando Haddad (PT), said this Thursday (12) that President Luiz Inácio Lula da Silva (PT) has already fulfilled the commitment made in the campaign to increase the minimum wage by R$ 1,302, which includes a readjustment higher than inflation.

Haddad was asked about the prospect of raising the minimum wage to R$1,320, as indicated by the president’s aides during the transitional government.

“In the first place, President Lula’s commitment during the campaign is a real increase in the minimum wage, which has already happened,” he said. “The current minimum wage is 1.4% higher than the accumulated inflation from the last readjustment.”

“President Lula has now fulfilled and will comply in the next three years with the issue of the real increase, above inflation, therefore, of the minimum wage,” he said.

As shown to Sheet, the government does not have room in the Budget to honor the signal to raise the minimum wage to R$ 1,320. The cost of making this additional readjustment would be BRL 7.7 billion above the BRL 6.8 billion reserved in the Budget with the approval of a PEC (proposed amendment to the Constitution) to authorize the increase in expenses in 2023.

In a press conference, Haddad confirmed that the space created by the PEC was consumed by reducing the queue at the INSS (National Institute of Social Security).

“From the beginning of the electoral process, for reasons that have nothing to do with dignity and respect for the Constitution, the queue began to walk, because the previous government was desperately looking for votes. [de pessoas] into Auxílio Brasil without the slightest filter, with the aim of raising political support and reversing the unfavorable situation they faced from an electoral point of view,” he said.

Haddad stated that this acceleration in granting benefits consumed resources. “That’s why we asked Social Security to redo the calculations, so that we can, at the negotiation table that will be opened with Minister Luiz Marinho [Trabalho] and with the trade union centrals, evaluate adequately and responsibly how to act in the light of this framework.”

The minister stressed that there is no broken pact. “Quite the contrary. The president keeps his word this month and he will keep it every year, because it is a lifetime commitment of his, in the eight years he was president, and it will be no different now.”

According to the minister, the national floor will be discussed by the president with the unions in a meeting next Wednesday (18). The management plans to present a new policy for readjusting the national floor.

“We cannot raise the minimum wage by 3% because it is spent. It is not right, it is not possible, and we are going to have to build another narrative in this country. Everything we do to improve the lives of our people it has to be treated as an investment”, he added.

During the electoral campaign, a supplementary increase on Labor Day, on May 1, was even considered, an idea taken up more recently by the political wing. The trade union centrals criticize the possibility and expect the change for January.

The economic team, in turn, advocates caution with decisions that have a considerable impact on public accounts. The preliminary assessment is that it is prudent to wait for more solid data on the base of INSS beneficiaries in order to have greater clarity of the numbers.

The counterpart suggested by Lula’s team is to speed up discussions on a permanent policy to value the minimum wage, which takes GDP growth into account, in addition to inflation. Interlocutors say that “2024 is around the corner” and the intention is to guarantee the real increase again.

There are those who see the extra cost projection as high, with room for reduction, but even this wing understands that it is too risky to make any decision at this time. In addition, even leaving the door open for an extra increase throughout the year, technicians consider it more likely that the minimum will remain at R$ 1,302 until the end of the year.

The matter was taken to Lula. The president still needs to hit the hammer, but members of both groups report that, so far, he has signaled agreement with the arguments of the economic team.

There are those who remember that Lula never publicly committed to the amount of R$ 1,320, verbalized by Wellington Dias (PT) during the negotiations of the PEC (proposed amendment to the Constitution) that authorized the increase in expenses in 2023. Today, Dias is a minister Development and Social Assistance, a portfolio that does not participate directly in discussions on the national floor.

Facebook
Twitter
Pinterest
WhatsApp
Previous article
Mexico finds 3 children alone on an island in the middle of a river on the US border
Next article
Political crisis in Peru: Key airport for Machu Picchu tourism closes