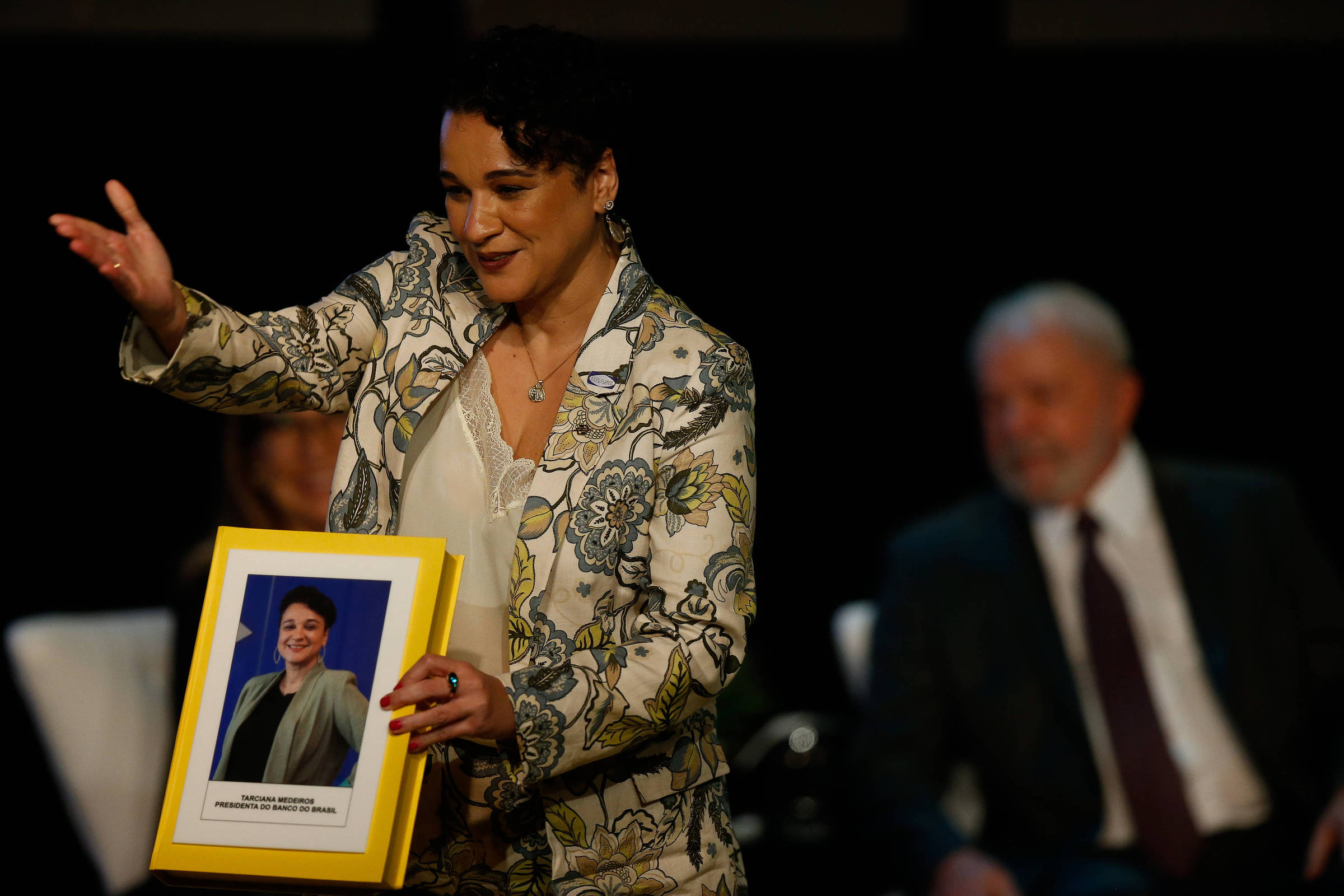 During the inauguration of the new president of Banco do Brasil, Tarciana Medeiros, this Monday (16th), president Luiz Inácio Lula da Silva (PT) stated that he wants the bank to be a “champion of payroll loans”, he highlighted the role of Pronaf (National Program for Strengthening Family Agriculture) and asked the executive to pay attention to the poorest.

“I want us to be champions of payroll loans. I want to show you something I said in 2003 and I’m going to say it now: the poor in this country are not the problem, they are the solution, insofar as they are included in the economy. , once again, to include poor people in the economy and we want Banco do Brasil to do its part”, said the PT during a ceremony held at the CCBB (Centro Cultural Banco do Brasil) – the place that housed the headquarters of the transitional government in Brasília.

“I know that Banco do Brasil is a great financier of agribusiness, it finances billions, billions and billions, but, in my time, it also financed small and medium-sized landowners with great pride through Pronaf”, he added, stating that he does not know how the program is doing. , but praising small and medium rural producers.

Lula added that Tarciana must take into account that the bank cannot have losses, it has to be profitable, but it needs to “give a little raise” to employees “from time to time”. “Otherwise, they go on strike”, said the representative.

Tarciana, in turn, promised to reconcile the institution’s commercial activity and public action, assuming the commitment to deliver sustainable results to shareholders.

In her speech, she also stated that diversity will be the hallmark of her management. Medeiros, 44, is the first woman to take charge of BB in the institution’s 214 years of existence.

“The mission I assume, starting today, is extremely relevant and challenging. The best way to say thank you is to assume here the commitment to continue to deliver sustainable results for our shareholders and to be relevant in people’s lives, at all times, contributing to the development of Brazil,” he said.

“BB will continue to be a profitable and solid bank, creating value for society. We can, yes, reconcile our commercial activities with public actions. We will help our clients to develop even more, creating trusting and lasting relationships”, he added. .

After the event, the Minister of Development and Social Assistance, Wellington Dias, told journalists that the ministry will actively search and re-analyze families from the single registry that receive Bolsa Família. According to him, the payment schedule in March is maintained.

Of the 10 million families with evidence of outdated registration or irregularity, there are 2.5 million that have a stronger indication of not fitting the rules to receive the benefit, the minister also said.

Also present were the Minister of Management and Innovation, Esther Dweck, members of the economic team and other members of the government, such as Ministers Luiz Marinho (Labor and Employment), Margareth Menezes (Culture) and Anielle Franco (Racial Equality).

Medeiros’ appointment was published earlier in the DOU (Official Journal of the Union), which also brought the exoneration of Fausto Ribeiro from the position he had held since April 2021.

The choice for Medeiros was announced on December 30, 2022 by the Minister of Finance, Fernando Haddad (PT), on behalf of Lula. BB should be one of the pillars of the government, which plans to expand access to lines of credit for agribusiness.

As for diversity, Medeiros said he will not focus on the symbolic aspect of his nomination. “We will build an accurate diagnosis. We will adopt concrete measures to further diversify the teams and leaders. Enriching the debate of ideas, the proposition of solutions and decision-making”, he said.

During this afternoon’s ceremony, BB also announced the sponsorship notice for the Banco do Brasil Cultural Center (2023-2025), with R$ 150 million to carry out projects over the three years.

A BB employee for 22 years, Medeiros began her career at the public bank in 2000, taking office at the Posto da Mata branch (BA). She worked in the areas of retail, agencies and superintendencies and, in 2021, became executive manager of customer experience and solutions for individuals.

From 2013 to 2018, he led the commercial superintendence of BB Seguros. In 2018, she took over as an executive in the directorate of loans and financing at BB.

She has a degree in business administration and a postgraduate degree in administration, business and marketing; and in leadership, innovation and management. Her curriculum includes an ongoing MBA in BI and Analytics, in addition to training at BB to work in senior executive management positions.

Born in Campina Grande (PB), Medeiros began her professional life as a street vendor in 1988 and was a teacher in 1998 and 1999, before starting her career at the bank. She likes basketball and has played for the Paraíba national team. She is also a former administrator of Petros, the billionaire pension fund for Petrobras employees.

Facebook
Twitter
Pinterest
WhatsApp
Previous article
In a sign to the industry, Haddad says that the Lula government does not intend to re-encumber IPI
Next article
Tarcísio says he hopes Sabesp will be privatized by the end of 2024