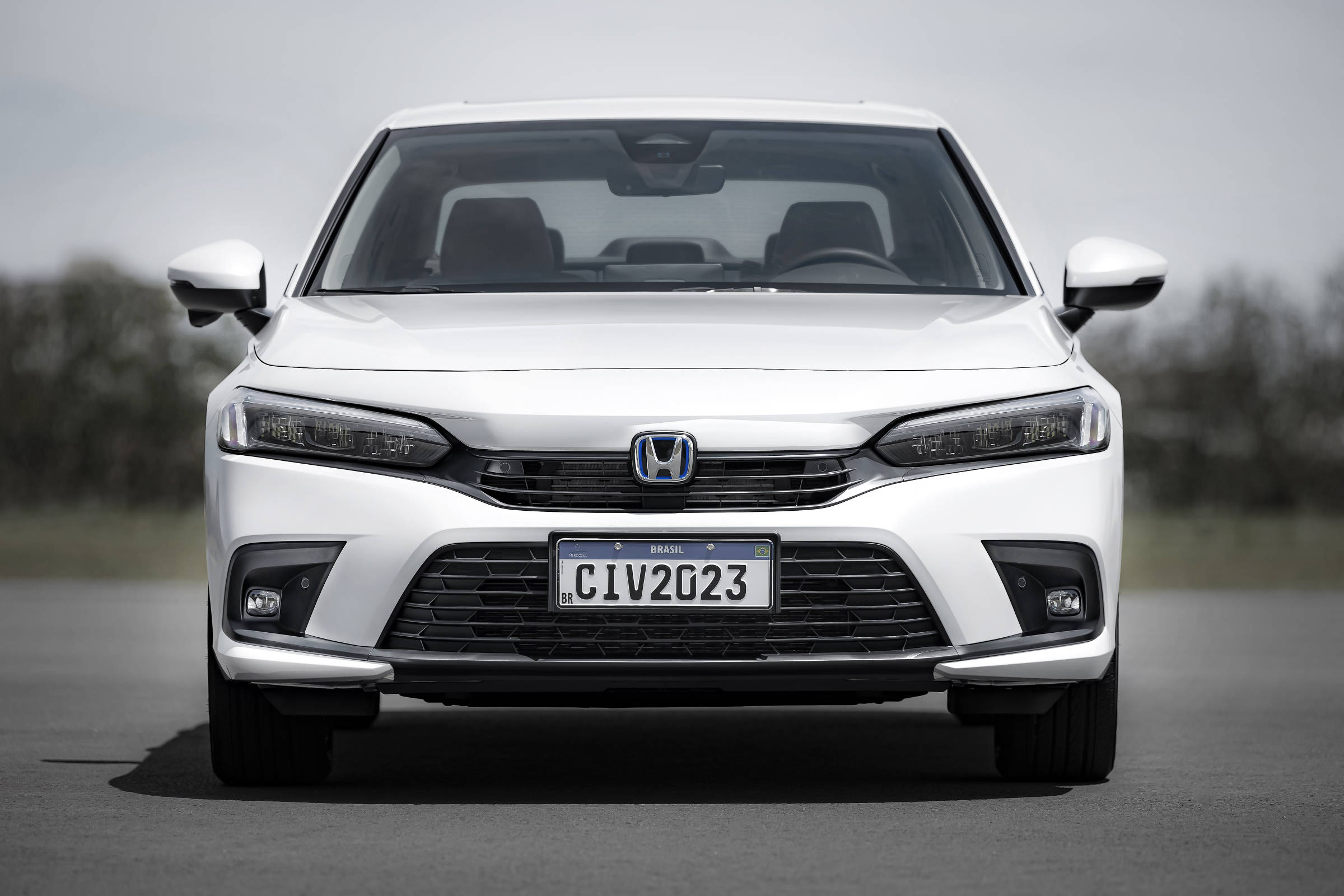 The Honda Civic has grown. That was the first impression conveyed by the six sedans parked at the automaker’s headquarters in São Paulo, all from the 11th generation of the model.

The cars were used during the first evaluations in Brazil, in which it was possible to get to know the new hybrid engine well.

It is now 4.68 meters long – four centimeters more than the previous model, which was discontinued at the end of 2021. The key to size is not just length. The proportions changed, and nothing was the same. Starting with the price.

The last units of the Civic 1.5T Touring, the most expensive option in the national line, were sold for approximately R$ 170 thousand in early 2022. The car that debuts now comes in a single version, with a suggested price of R$ 244.9 thousand .

Another novelty is the origin of the product. After having closed local production, the sedan starts to come from Thailand. “The definition of importation goes beyond the question of costs, it has to do with the specification of the model produced in each unit”, says Diego Fernandes, commercial director of Honda Automóveis.

The Civic 2023 arrives with a sunroof, electric adjustment of the driver and passenger seats, digital panel, air conditioning with independent adjustments and smartphone charging by induction.

The multimedia system screen is nine inches and is touch sensitive, in addition to bringing wireless connectivity to the Apple Carplay system. Android Auto requires the use of a cable.

The safety package comes with Honda Sensing, which brings together functions such as automatic emergency braking –which can prevent collisions and running over–, sensors that read lanes on the asphalt and cruise control that adapts to the pace of traffic. There are also eight airbags.

The big highlight, however, is the new mechanical assembly. The 2.0 flex and 1.5 turbo options were replaced by the hybrid engine, which reconciles electricity and gasoline. It is up to the electronic brain to decide what is best, but always prioritizing the way to emit less pollutants.

The first contact included a round trip from São Paulo to Itu, in the interior of the state. There were 215 kilometers between urban and road traffic, with a maximum speed of 120 km/h on the Castelo Branco highway. The average consumption was 20.1 km/l.

The result was obtained without effort, making it possible to achieve better averages. The mechanical set is basically the same as the Accord luxury sedan, which was the most economical car in its category in the 2022 Folha-Mauá Ranking. Consumption of this model in the city was 28.4 km/l.

The Civic brought an important evolution in relation to its “big brother”: gasoline direct injection, a technical solution that increases the efficiency of the 2.0 gasoline engine (143 hp). The electrical part is basically the same, with 184 hp.

Honda does not disclose the combined power, as this situation occurs at very specific times. The engines help each other but act on their own most of the time.

In summary: the 2.0 is combined with two other electric ones – one works as a generator. The combustion engine propels the car at cruising speeds, which is when it reaches its greatest efficiency. In other situations, what counts is the strength that comes from electricity.

Energy efficiency is accompanied by a pleasant ride, which filters well the imperfections of the floor. It’s a comfort-oriented car, without the sporty look and firmer suspension of the previous generation.

A point to improve is the acoustic insulation, which still passes the noise of the wind and rough asphalt into the cabin. The price is also an obstacle, especially in view of the order by the main competitor, the Toyota Corolla Altis Hybrid Premium (R$ 190.6 thousand).