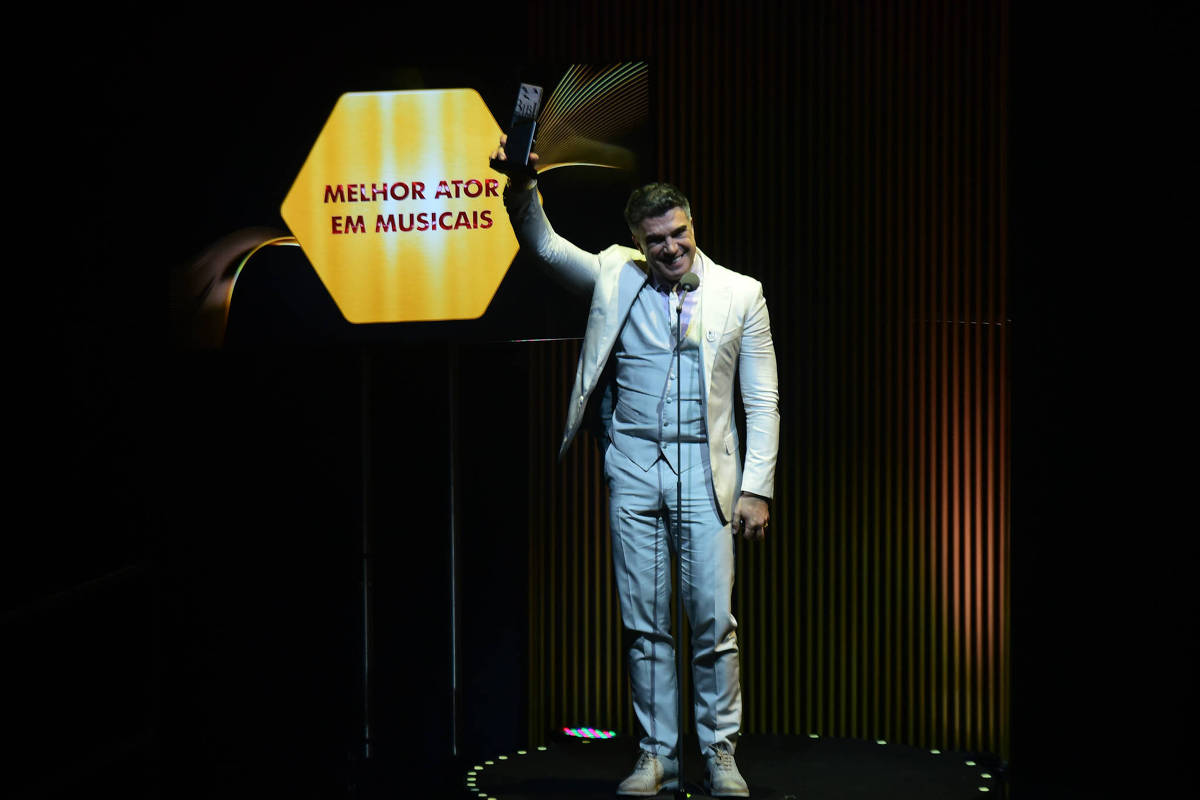 Actor Jarbas Homem de Mello, 53, took the 2022 Bibi Ferreira Award for Best Actor in Musicals for his performance in “Consertos para Dois”. The moment he took the stage, he made a very special dedication.

“I would like to dedicate this award to my love, Claudia Raia, and to my son who is coming”, he said, moved. Alongside Mello, Marcel Octavio (“Assassinato para Dois”), Murilo Rosa (“Barnum – O Rei do Show”), Rodrigo Lombardi (“Sweeney Todd”) and Velson D’Souza (“Silvio Santos Vem Aí!”) competed.

Present in the audience, Claudia Raia, 55, also made a speech. Despite having lost in the Best Musical Actress category, she won the Best Brazilian Musical. “I’m very happy, even though I received the biggest prize of my life that is here in my belly”, she commented.

On September 19, the actress took to social media to announce that she is pregnant at age 55. She made a video where she appears tap dancing with her husband and the two celebrate the pregnancy with the result of a pharmacy exam. “Our dream of becoming parents is nothing new! And it’s not that it came true,” she said in the caption on her Instagram.

The baby will be the first of the artist’s union with Jarbas de Mello. She called it a “beautiful and emotional” moment.

Facebook
Twitter
Pinterest
WhatsApp
Previous articleThessaloniki: They announced a 3,000 euro reward for the perpetrator who trampled a kitten to death
Next articleNestlé: Credit Suisse maintains its opinion