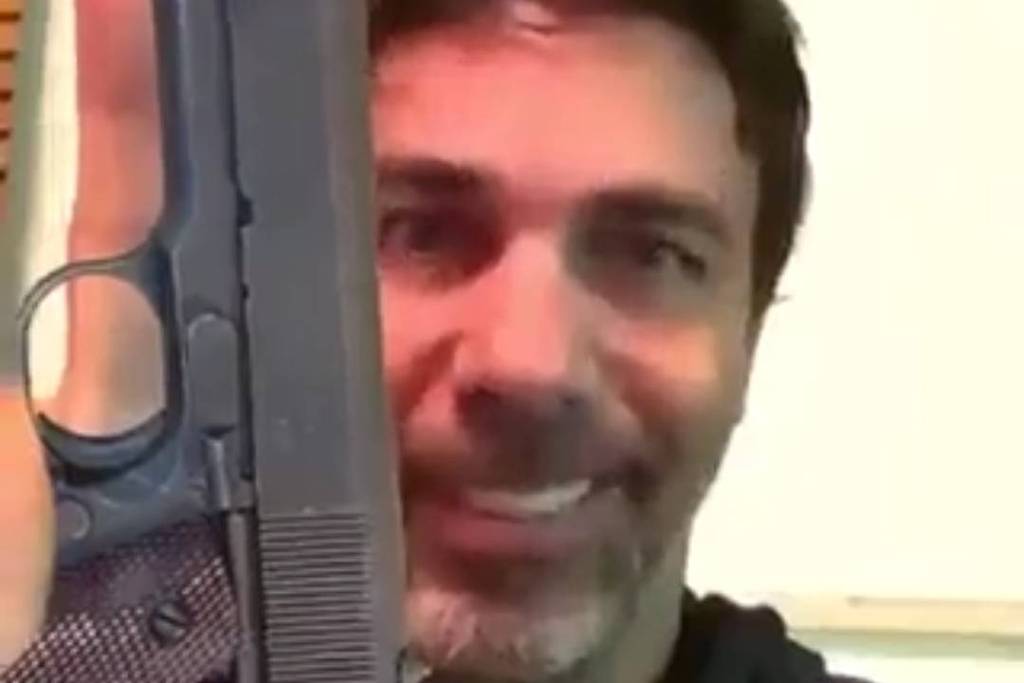 The video for a social media campaign featuring music and drama stars urging people to substitute their vote for Jair Bolsonaro (PL) and transfer it to Lula (PT) in the October 2 presidential election was edited and released. with the word “thief” and weapons.

Bolsonaro supporters are sharing at least two edited versions of the video with artists holding a gun and with the word ‘thief’ as they make the L for the PT candidate. “Now, L for a thief,” wrote a Bolsonaro supporter on Twitter.

“Finally, the artistic class of this country has opened its eyes… better late than never”, wrote another profile on the social network asking for a vote for Bolsonaro.

In the original video, which has the chorus that says “turns into votes, turns into turns into turns”, the artists change a gun sign with their hand, a reference to Bolsonaro, to an “L” for Lula. In the lyrics there is an excerpt that says that each vote turned is for “resistance and hope”. “Look to the future, take a pencil and take the child’s gun,” says another part.

The singers Caetano Veloso, Gal Costa, Arnaldo Antunes and Mart’nália and the actors Alinne Moraes, Cláudia Abreu, Zezé Polessa and Bruno Garcia are some of the famous ones that can be seen on the viral.

The election campaign remains hot among artists. Many people have already declared who their vote at the polls will go to. In favor of Lula are also names like Juliette, Bianca Andrade and former player Raí.

In favor of Bolsonaro are actor Malvino Salvador, who came out in defense of the reelection candidate by participating in the podcast “Cara a Tapa”, singers Zezé di Camargo, Sérgio Reis, Gusttavo Lima e Latino and actor Thiago Gagliasso.

Facebook
Twitter
Pinterest
WhatsApp
Previous articleSA Panel: Big businessmen and pro-Tebet economists insist on a third way
Next articleOpinion – Vinicius Torres Freire: Lula’s chance in the first round raises the risk of a low blow in the election