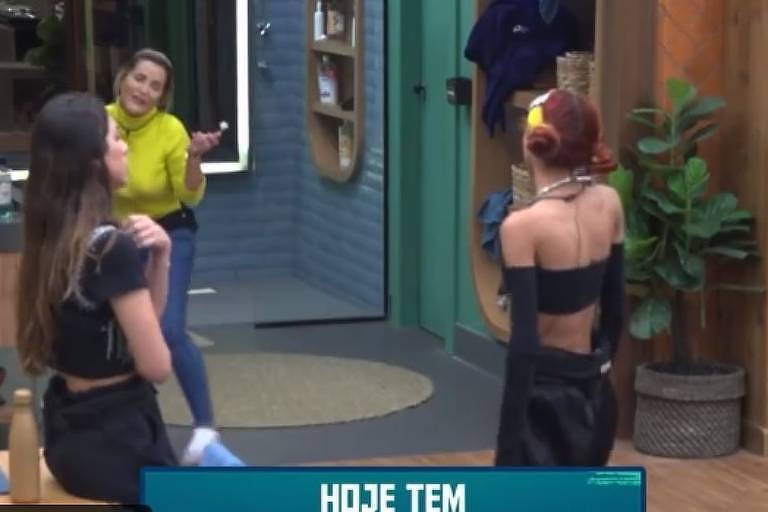 The Farm 14: Deolane fights with Ruivinha and calls her a ‘carrion hyena’

After Bruno Tálamo’s departure from A Fazenda 14 (Record), the atmosphere in reality warmed up again. It all started after Deolane saw a smile on Ruivinha de Marte’s face after Deborah Albuquerque’s return from the hot seat.

“No one needs to tell me anything else, love, I already have my own vision about you”, replied Ruivinha when being called a fake. “You were the one who came to talk to me, the one who came to ask for forgiveness here under this camera and to talk about your friends was you, don’t come”, amended Deolane.

“I wanted to have a different perception of you, but I’m seeing it, I’m living with it”, said Ruivinha. “I’m glad I hate people like that,” said the lawyer.

Deolane also called the influencer a “carrion hyena” and “no character”. However, it wasn’t just the two of them who argued. The dawn still had beef between Deborah and Lucas.

“Deborah, just ask me one question: why didn’t you tell Adriane that you called me sexist?”, Lucas asked. “I didn’t call you sexist. You think you’re in charge here, right? Beauty, you own the truth”, replied the ex-Power Couple.

In the sequence, she said that he would be afraid to receive votes. “If I was afraid of voting, I wouldn’t be here. He hasn’t even come back right and he already wants to show up. He’s going to be treated, woman.”

Facebook
Twitter
Pinterest
WhatsApp
Previous articleAward-winning author Hilary Mandel has died at the age of 70
Next articleChina’s clear message to Russia: Respect the territorial sovereignty of all countries