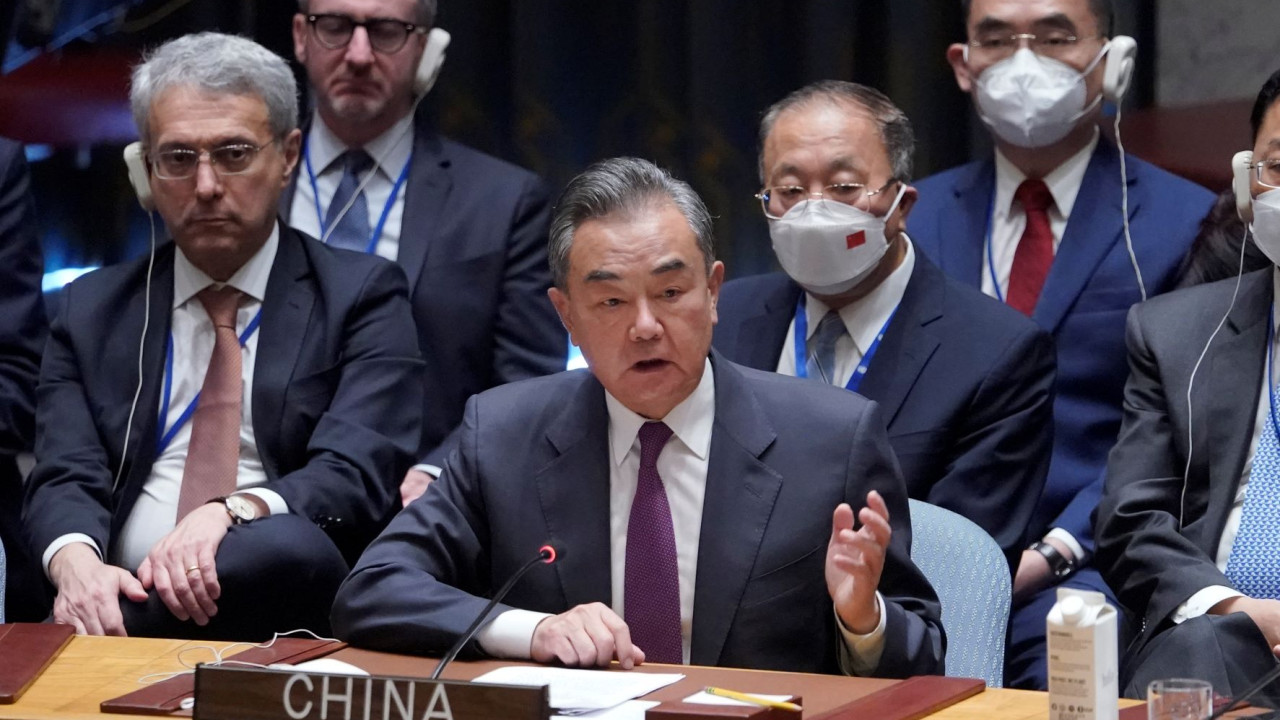 China’s clear message to Russia: Respect the territorial sovereignty of all countries

“The legitimate security concerns of all sides must be taken into serious consideration,” the head of Chinese diplomacy stressed in his meeting with the Ukrainian Foreign Minister

China’s foreign minister Wang Yi met with his Ukrainian counterpart Dmytro Kuleba in New York to assure him that Beijing calls for respect “of the sovereignty and territorial integrity of all countries”Chinese media reports.

The two foreign ministers met on the sidelines of the UN General Assembly in New York.

It is their first public meeting since Russia invaded Ukraine on February 24.

The meeting, which is likely to anger the Kremlin, coincides with the start of “referendums” on Russia’s annexation of Ukrainian territories under Moscow’s full or partial control.

“President Xi Jinping stressed that the territorial sovereignty of all countries must be respected,” Wang Yi told his Ukrainian counterpart.

I met with State Councilor and Foreign Minister Wang Yi to discuss relations between Ukraine and China. My counterpart reaffirmed China’s respect for Ukraine’s sovereignty and territorial integrity, as well as its rejection of the use of force as a means of resolving differences. pic.twitter.com/4Q6kJxfNJB

“The legitimate security concerns of all parties must be seriously considered“, added the head of Chinese diplomacy.

The meeting is a sign that Beijing is seeking to balance more its position, which was officially “neutral” but was until now seen as leaning towards Moscow.

“China has always made sure to promote peace talks, never standing idly by, never adding fuel to the fire or taking advantage of the situation for its own benefit,” Wang Yi assured Dmytro Kuleba today.

After the meeting, Dmytro Kuleba’s Twitter account posted the photo of the handshake between the two, with the Ukrainian and Chinese flags in the background.

“My counterpart reiterated China’s respect for Ukraine’s sovereignty and territorial integrity, as well as its refusal to resort to violence as a means of resolving disputes,” Dmytro Kuleba wrote on Twitter.

China and Russia have strengthened their ties in recent years as a counterweight to the United States.

Beijing has refused to publicly condemn Russia’s military intervention in Ukraine and criticized Western sanctions against Moscow. But Beijing has raised “questions and concerns” with Moscow about the war, as Vladimir Putin was forced to admit at the Samarkand summit, while this week China reiterated its call for a ceasefire in Ukraine.

Facebook
Twitter
Pinterest
WhatsApp
Previous articleThe Farm 14: Deolane fights with Ruivinha and calls her a ‘carrion hyena’
Next articleMurder in Kavala: Three close relatives of the confessed murderer to the police