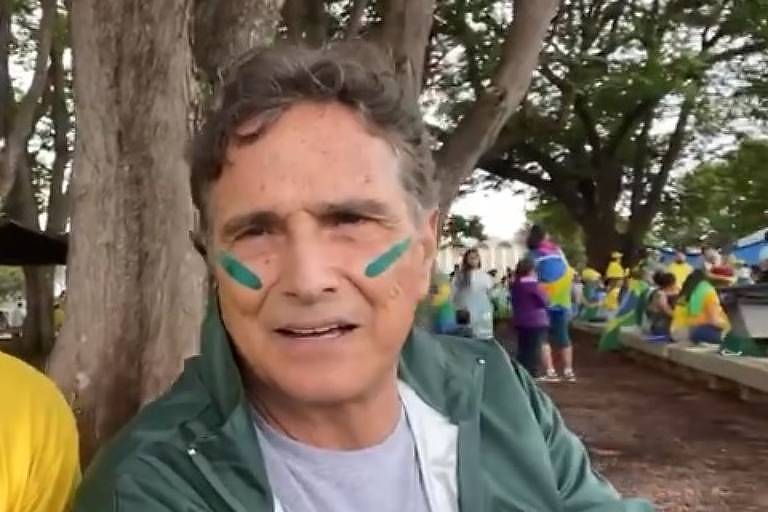 After racist speeches, Nelson Piquet asks for ‘Lula in the cemetery’

Present at a pro-Bolsonaro coup demonstration, former Formula 1 driver Nelson Piquet, 70, suggested that the best thing for Brazil would be “Lula in the cemetery”. He was present in one of the coup acts of people who do not accept the defeat of Jair Bolsonaro (PL) to Lula (PT) at the polls.

In a video that has reverberated on social media, a protester poses next to Piquet, who gives his opinion on the PT and swears. “All in peace, let’s get this motherfucker Lula out,” he said before dropping the phrase: “It’s Lula at the cemetery.”

This isn’t the first time a line by Piquet has gone wrong. In the middle of the year, the former driver became the target of a complaint with the Public Ministry of the Federal District and Territories for calling F1 driver Lewis Hamilton a “neguinho”. The representation was made by the PSOL bench in the Chamber of Deputies. Four entities asked for compensation of R$ 10 million for collective moral damages.

During an interview with journalist Ricardo Oliveira in November last year, Nelson Piquet used the term considered racist multiple times when referring to Hamilton. Piquet even apologized in an official note after the backlash and a public response from Hamilton, who asked that “old voices” no longer be given space.

A while later, an unpublished excerpt released by the Grande Prêmio portal showed that the former driver also made a homophobic speech on the occasion, reigniting criticism. “The little nigga [Hamilton] should be giving more c*”, he said.