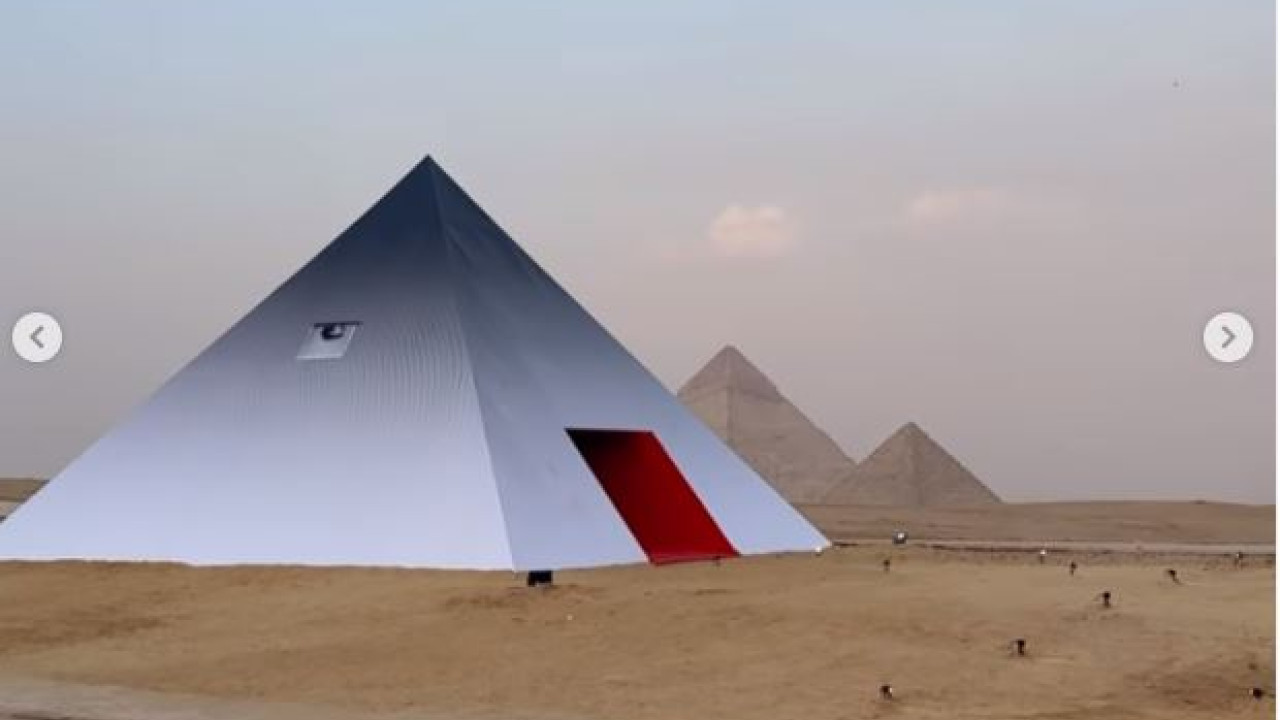 The pyramids of Giza… become a photo booth

French artist JR has returned to Giza with an imaginative project

A pyramid-shaped photo booth, next to the Pyramids of the Pharaohs, invites visitors to take their photos there.

French artist JR has returned to Giza with an imaginative project where each black and white portrait is printed inside the chamber and rolled into the hands of whoever is waiting outside.

The photographed guest can then post their portrait on one of the three billboards installed.

So instead of turning their backs on the 4,500-year-old landmark, participants display their portrait right in front of it.

In 2016, while designing a project at the Louvre, JR observed that “people travel from all over the world to see the Louvre and as soon as they arrive they turn their backs to take a selfie. Inspired by this irony, he created a transformative installation that made the Louvre disappear.”

With the installation in Giza, which will remain until November 10, the portraits on the billboards are constantly changing but the ancient background remains the same.

“Participants and passers-by are invited to reflect on the ephemeral in a place where time takes on another meaning.”

Facebook
Twitter
Pinterest
WhatsApp
Previous article
The Russians took it back: After all, there will be no curfew imposed in Kherson
Next article
Rape of a 12-year-old girl in Colonos: The 55-year-old arrested is a coach and technical director of football academies