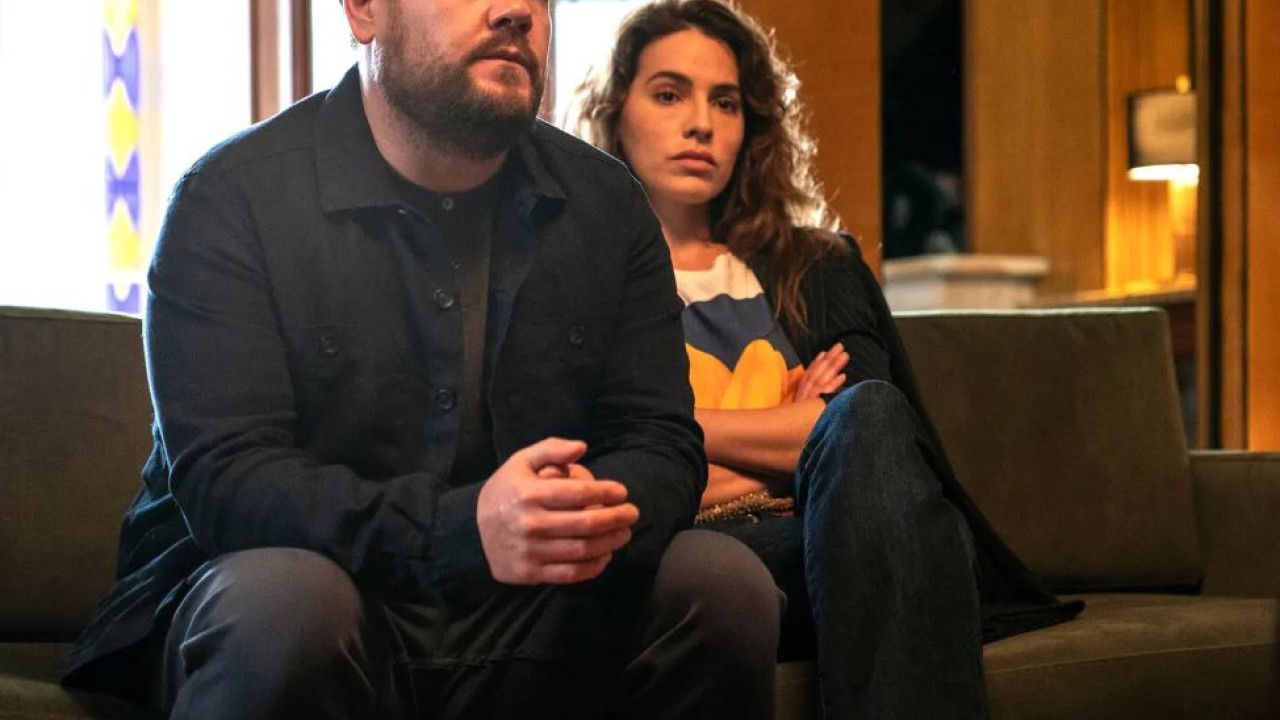 The series ‘Mammals’ is available to stream on Prime Video

The new series “Mammals” belongs to a special category of films and series that cannot be easily categorized. For some it may be a contemporary rom-com, for others a mystery story, while for its creators a ‘relationship thriller’.

In the series, Melia Kreiling plays Amandine, who is married to Jamie, played by James Corden. However, their marriage very quickly comes under the microscope after a very traumatic miscarriage of Amandine. In the midst of all the turmoil that follows this tragic event, Jamie discovers through some messages that Amandine is having an extramarital affair. Thus, he enters into a process of discovering what exactly is happening in his marriage and what he has been ignoring all this time.

In Mammals the heroes share some very uncomfortable truths about relationships

Sometimes with very dark humor, sometimes with mysterious incidents and sometimes with the sincerity that befits them, the deeds of human relationships unfold one by one. Through the relationship of Amandine and Jamie, but also of everyone around them, we understand that chaos in relationships is a natural consequence. The series also dares to put a huge question mark on facts such as monogamy, loyalty and long-term relationships that manage to withstand time.

At the same time, the fact that James Corden is coming to the small screen this time with a more serious role than those we are used to today cannot be ignored. It goes without saying that here too humor is a key component of his character. However, Jamie’s psyche goes through so many ups and downs that it’s difficult even for the actor and presenter to keep up with them on camera.

The series Mammals is available to stream on Prime Video.