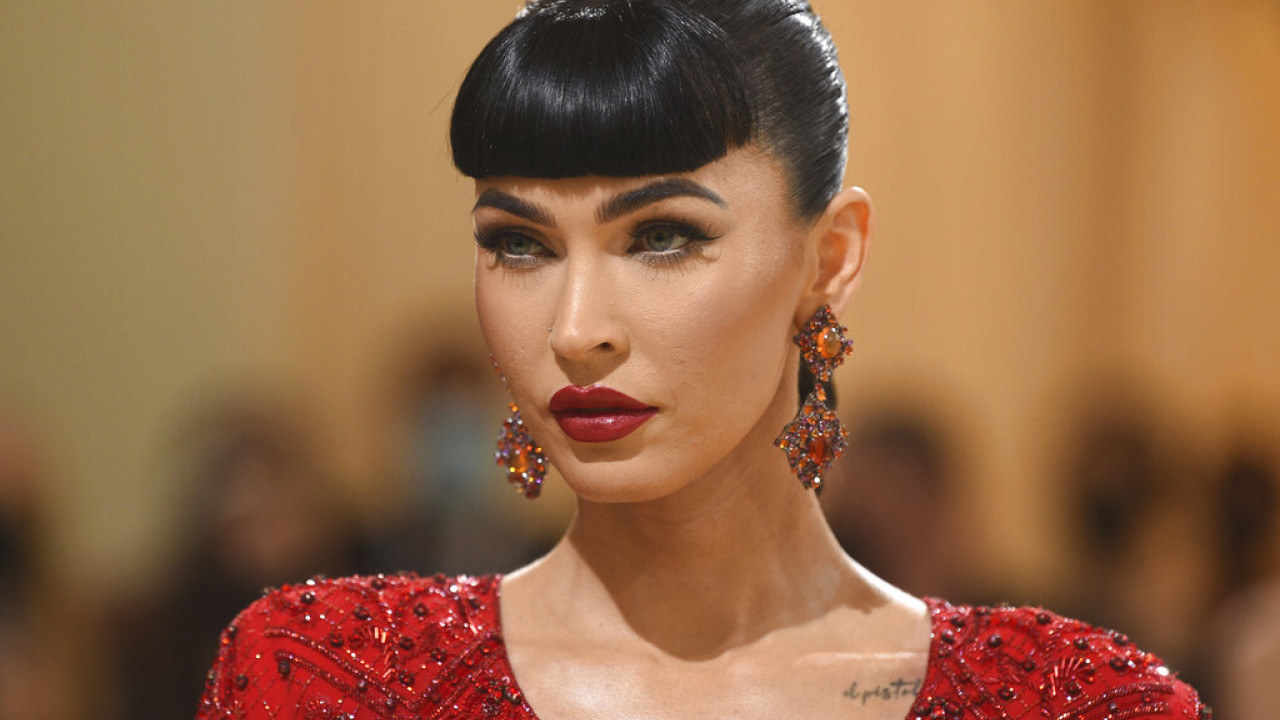 The Transformers hottie is engaged to Machine Gun Kelly

Megan Fox decided to make a particularly sexy appearance, wearing a transparent net dress by the famous designer Jean Paul Gaultier. The 36-year-old screen “siren” posed on social media, striking one pose after another and showing off her assets to the fullest.

Machine Gun Kelly proposed to Meghan in January and caused a stir when he announced they had ‘sealed’ their engagement by drinking each other’s blood.

Kelly, whose real name is Colson Baker, then dramatically revealed a strange quirk of the engagement ring he chose for her.

“Its design actually has thorns. So if she tries to take it off, it hurts,” she told Vogue, explaining: “Love is pain!”

Kelly has never been married before but co-parents a 13-year-old daughter, Casie, with ex-girlfriend Emma Cannon.

Meanwhile, Megan has three sons, Noah, Bodhi and Journey with ex-husband Brian Austin Green. She filed for divorce from Brian in 2015 citing irreconcilable differences, but got back together with him and became pregnant with Journey the following year.