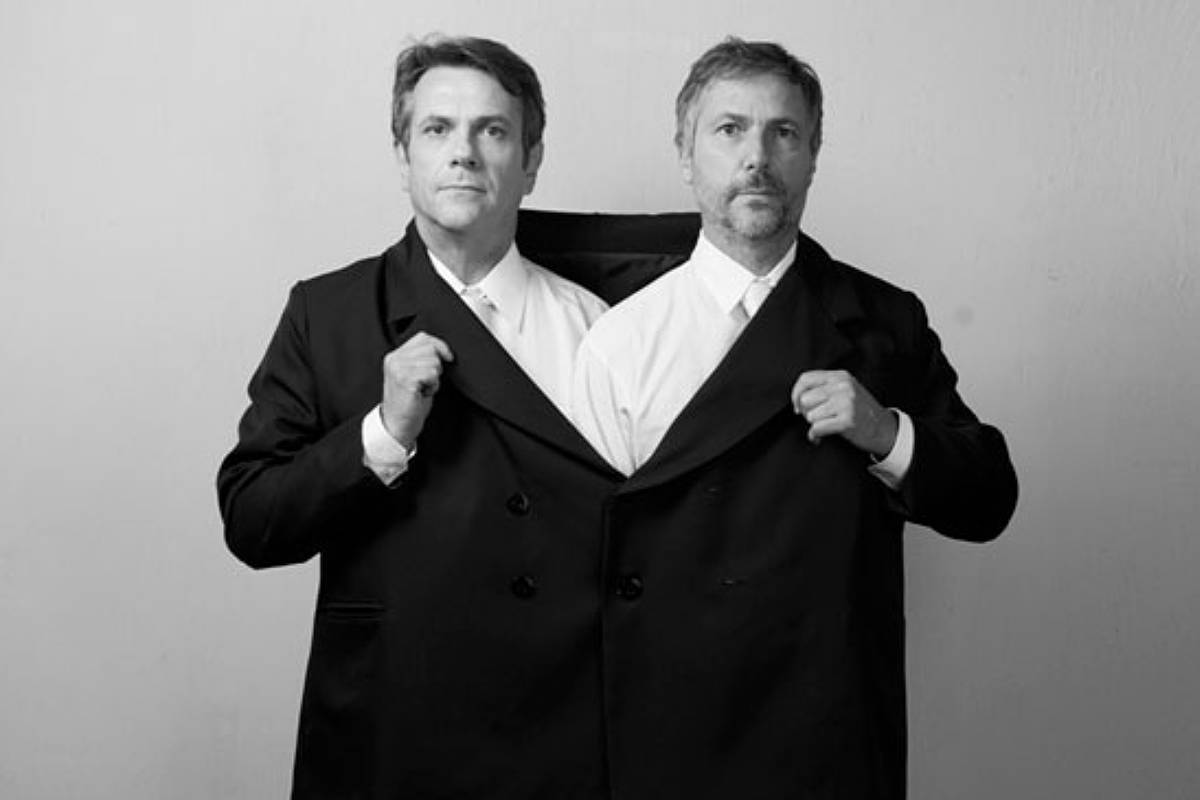 It was during a photo shoot earlier this month that Humberto Campana, 69, noticed that something wasn’t right with his brother, Fernando, 61. “He didn’t react to the photographer’s requests, it seemed like he wasn’t there”, recalls the designer. . To try to cheer him up, he took him by the hand and led him in a dance. “It was beautiful because I had never hugged him. We always had a lot of affection, but zero physical contact”, he says.

The two formed the duo Irmãos Campana, a world reference in furniture design made mainly from unusual materials, such as armchairs upholstered with teddy bears or cloth dolls. Fernando died last Wednesday (16), of undisclosed causes. In this statement to SheetHumberto talks about the life, work, legacy and disgust of the youngest with Brazil today:

The name Fernando was chosen by me. Our relationship had no filters, it was made up of a lot of poetry, a lot of truths. Sometimes we were going to give a lecture and when we left the hotel, we noticed that we were wearing the same clothes. Everyone thought it was our strategy, it was agreed. And not. It was all spontaneous. We had a very great intimacy.

But many times we got into fights. We would go out in the studio, people would say: “Call Dorival!”. Dorival is the oldest employee, he has worked with us since the 1990s. He was the one who broke up our fights. Five minutes later we said: “Do you want to give the little finger here?” And we made up, became friends again, like children. In our relationship nothing was camouflaged, everything was very much in the can. Sometimes the things my brother said to me hurt, and I know it hurt him too.

He was a very funny person, a lot of fun, but he also had a genius like a dog. I admired all this yin and yang of his. Everything was light, beautiful, then came a bad mood… I learned to deal with it. I think Fernando was a young spirit, like Miúcha, who died at about 80 but was still a child.

We had a very long friendship, me, her and Fernando, sometimes with Bebel, her daughter. Miúcha wanted to marry me and said: “Then Bebel marries Fernando!”. We did a lot together. One night, the three of us were at her apartment, and after four or five bottles of wine, we found the carpet she had at home ugly and I said: “Miúcha, give me a pair of scissors.” She gave us two scissors and Fernando and I destroyed everything, made a collage with the rug. It was funny, he was so much fun.

Our parents liked to travel. My father had a Beetle and he would take us to Brasilia, to Rio Grande do Sul… Once we went to Porto Alegre one summer and “My Sweet Lord” was playing on all the radio stations. It was funny because we were listening to “My Sweet Lord” and discussing, me and him, my father and my mother. It was our first big trip together and I don’t forget it, it was really beautiful, the roads in the south were all full of hydrangeas.

I learned a lot from Fernando. He taught me to be non-conformist. I studied law at USP, he graduated as an architect and did internships with Anish Kapour, Pierre Keller, with Keith Haring. When I left college, I said: I’m going to build my life with my hands. I wanted to be a sculptor and started doing crafts. I went to Itabuna, in Bahia, and learned how to make shell mirror frames.

My life as an artist, in quotes, began there, at the end of the 70s. I stayed there for a year, then I came to São Paulo, and Fernando came to help me at the end of the year. He made invoices, delivered the mirrors I created. So he, with that look of an architect, started to give functionality and good taste to my work. That’s when Estudio Campana, the Campana Brothers, started in 1984. It’s a very long, very magical story.

I never expected that one day we would achieve this: MoMA, Pompidou, Design Museum, and so on. And nothing has changed between us. When we became known, Fernando refused to go to the most fashionable places, to Jardins… No, he preferred to visit the outskirts. On the weekends he went to the bars and pubs in the center of São Paulo, in Barra Funda, in Lapa, in the East Zone. He learned the code of the periphery and taught me, for example, never to ride in a car with the windows closed. He said: “With the look you generate empathy, it doesn’t scare you, you will never be robbed”.

We exchanged a lot of songs. He had a very refined taste in music. He liked Rita Lee, Mutantes, the Tropicalistas, Lou Reed, the Rolling Stones. He sent me these songs, but I like more calm music, so I sent him bossa nova, João Gilberto. He loved French music and introduced me to Benjamin Biolay. I loved the sound of this artist. The last song I sent to Fernando was his, called “La Traversée”, A Travessia. Look what thing.

He sent me back a terrestrial globe that is still next to my bed, and I keep it as a relic. A week before he left us, my nephew brought a vase with a succulent from Brotas, which is another relic for me. Our relationship is loaded with symbols.

I think Fernando chose to leave at that time because the country became very boring. Much. He gave a delay, returned to the past. It hurt a lot to see forests burning, rivers full of mercury, Indians being killed, racism, fascism coming. All of this hurt him and me a lot, just like the 30,000 people who live on the streets of São Paulo and nobody does anything about.

Fernando was no longer suited to this weather. He wanted to fly, he left. He chose the right time without knowing it. He was already wanting this flight to other galaxies. He was from Mars, he was from Venus, he dreamed about it, his dream was to live on the moon. And I stayed down to earth to hold the studio.

We said goodbye without knowing he was leaving. The day before he felt bad, a French client of ours asked us to do a photo session in a studio in São Paulo. A French photographer came to do this work. That day I saw that Fernando was not well. I felt a certain irritation in the photographer’s eyes because Fernando wasn’t there. He seemed to be somewhere else. Something was going on with him, it worried me, and I didn’t want to delay the session.

As I saw that he didn’t react to the photographer’s requests, I took his hand and started dancing a waltz with him. We danced hand in hand also rock, samba. I wanted to pull something out of him, bring him back to that moment. And it was beautiful because I had never hugged Fernando. We always had a lot of affection, but zero physical contact. We had this shame. And that day we danced, we hugged, we kissed each other’s cheeks, we looked at each other. While this was happening I was getting emotional, and I didn’t know why, and neither did he. That was a thing of beauty, poetry…

The following night, there was dinner at the Luciana Brito gallery, where we would hold the exhibition Polifonia Campana, still on display. My phone rang and it was his chauffeur saying that he was coming in the car passed out, that he had convulsions. He asked me to run to the hospital and get a bed. I received him in that condition, at the hospital, and that was very violent because I asked someone to bring an oxygen mask and nobody did anything, it was difficult to experience that.

The exhibition opened the next day, people were asking about Fernando, and I tried to hide my sadness. He didn’t open his eyes anymore. It lasted two weeks and it was very hard, as every disease is.

A friend of mine had sent me the 90th Psalm, which I prayed every day. It’s very beautiful, it gives you the power to bless someone, your home, your family. On the 16th of November, at 8:18 pm I lit a candle and prayed this psalm. At 8:21 pm I finished praying and my other brother, who came from Fortaleza and was in the hospital, told me: “Fernando just passed away”. That was a blessing because it was like a message from him: “I feel blessed, now I’m going. Take it easy my brother. That’s life.”

Facebook
Twitter
Pinterest
WhatsApp
Previous article
With cheers, but also criticism, Trump was received at the annual Republican convention
Next article
Dendias from Bahrain: Let’s not allow the narrative of revisionism to become dominant