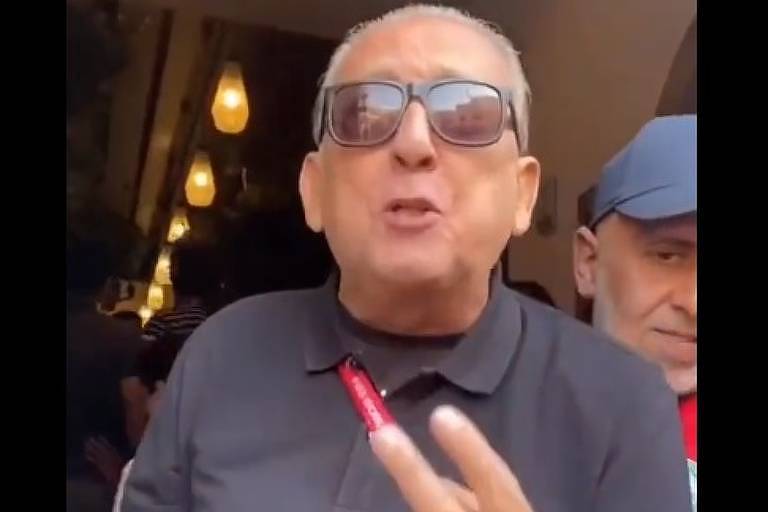 Galvão has gone crazy, my friend! Happy with Argentina’s 2-1 defeat by Saudi Arabia, the biggest upset of the Qatar Cup so far, the narrator went to the crowd to celebrate the result.

In a video that circulates on social networks, it is possible to see the animation of the announcer. “You don’t know what’s going on, the madness in here. Saudi Arabia scored 2-1 in Argentina. Uhull”, he celebrated.

Afterwards, he found some Brazilians and showed them the result of the brothers’ game. Galvão shouted, celebrated, laughed and hugged his colleagues wearing the jersey of the national team.

In addition to him, more celebrities were happy with the unlikely score of the rival. “A very boring thing is going on in Qatar”, ironized Fábio Porchat. “Saudi Arabia hitting Argentina early on, too tasty”, wrote singer Pe Lu, formerly of Restart.

“Argentina lost. How sad,” wrote journalist Flávio Fachel. “Argentina is so fucked up that it took money even from those who bet on it in today’s game,” published comedian Maurício Meirelles.

Actor Alexandre Nero criticized the performance of Messi, the team’s star. “Mud is missing from Messi’s boots. Survival is lacking, South American blood. As a boy he was already playing in Spain. There is no blood in his eyes”, he decreed.

Facebook
Twitter
Pinterest
WhatsApp
Previous article
Mitsotakis: Greece is predicted to have the largest reduction in public debt in the EU from 2019
Next article
Wall Street: A Modest Rebound Fueled by Energy