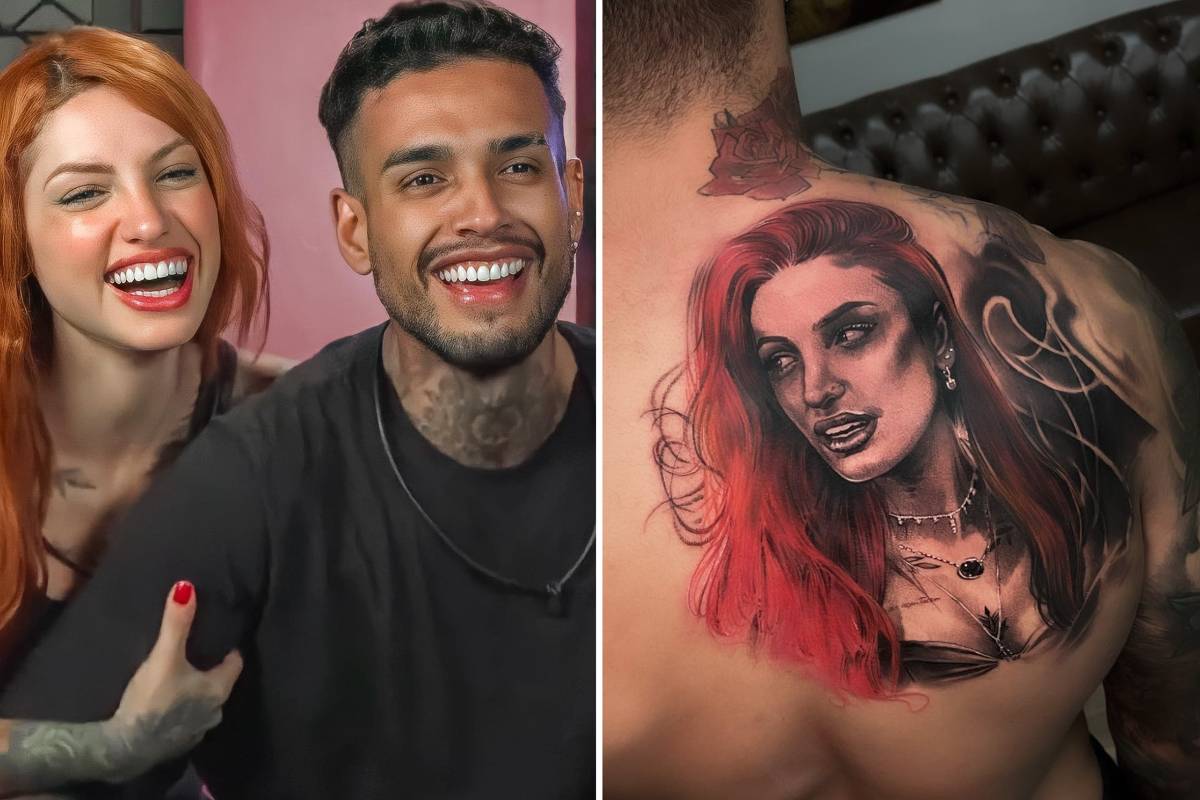 Digital influencer Matheus Sampaio surprised his followers in the early hours of Thursday (24th) by showing that he tattooed Brenda Paixão’s face after the troubled breakup. The former couple met on the reality show Brincando com Fogo (Netflix) and won the latest edition of Power Couple Brasil (Record).

“Life is made of moments, moments that are eternalized in our hearts, they are like cycles that may or may not end, but a man’s love, affection and gratitude never fades or ends. Our successes only come true. because there are errors. Here I am trying to correct them”, he wrote.

Sampaio went on to say that through mistakes it is possible to improve and learn, and even warned that his love will be “eternal”. “My love is engraved in me, only time will tell, let it be brief, I confess, and to God belongs our story, but gratitude, love and affection will be eternal.”

The two announced their breakup shortly after winning the Power Couple. At the time, Sampaio appeared crying on social networks and asked for respect, while Paixão stated that he needed his ex-boyfriend to “evolve and recover his dignity, his strength”.

During their participation in Brincando com Fogo, an anti-makeout reality show, they marked the season by becoming the couple that spent the most money in one night. The two had sex five times and were fined R$200,000 – the program’s total prize was R$500,000.

Facebook
Twitter
Pinterest
WhatsApp
Previous article
Study shows how dead liver cells escape defense and can lead to fibrosis
Next article
The Council of Ministers meets tomorrow – What topics will be discussed?

Gloria Estefan: I didn’t want my daughter to tell her grandmother she was gay

Haaretz: Ios is the ideal island for young people, and those who feel young!