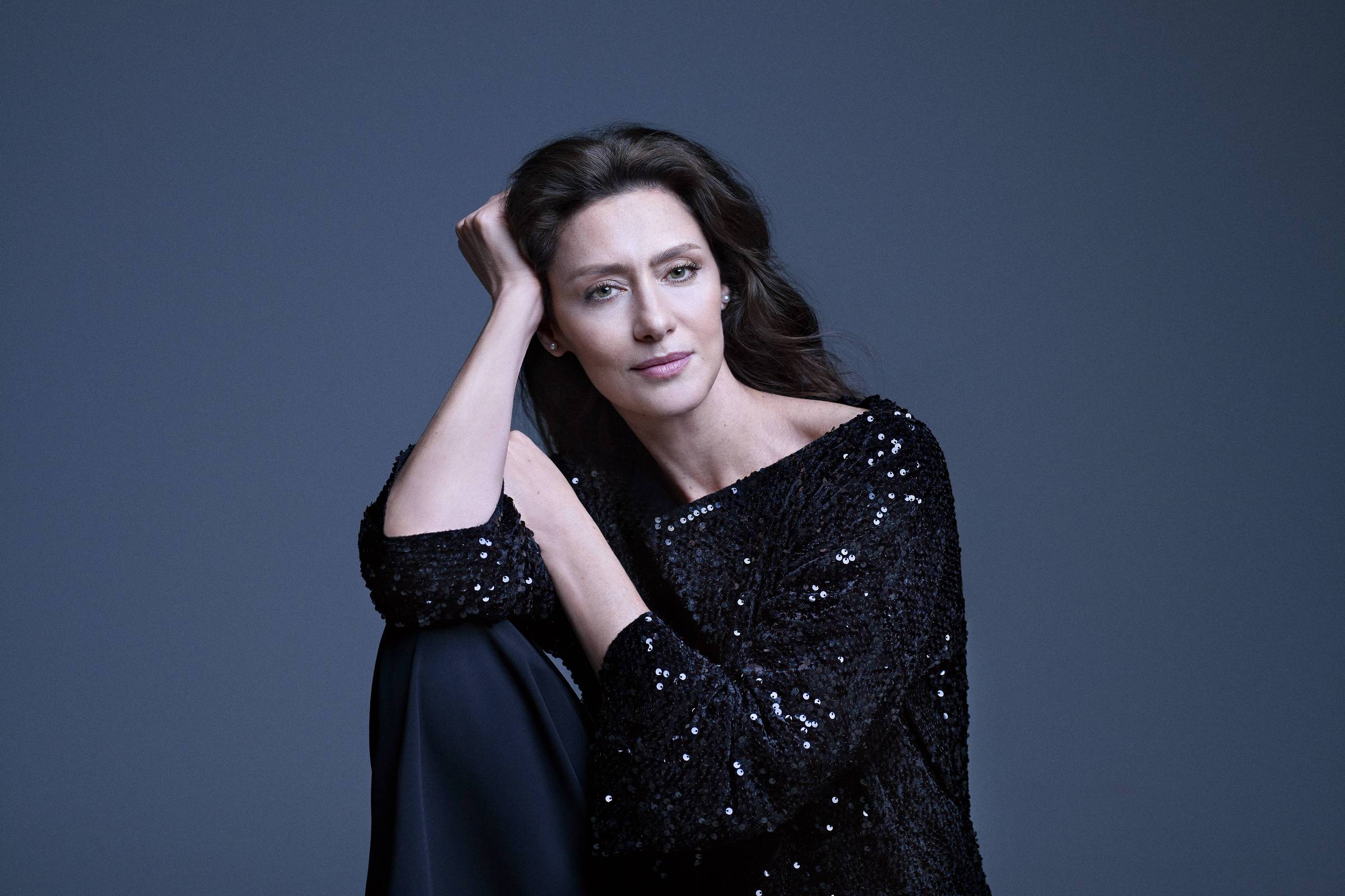 “It’s not a play, it’s a ‘dramatique recital'”, clarifies actress Maria Fernanda Cândido, in a Zoom conversation that was continued by WhatsApp connection with video and text messages after opening on Tuesday (22 ), in Paris.

The show is called “Clarice, Ballade au-Dessus De L’Abîme” —Clarice, ballad over the abyss, in free translation. “It’s an adaptation of short stories and autobiographical excerpts, which I interpret, accompanied by the superpianist Sônia Rubinsky”, she says.

“It was wonderful to have my husband and my two children in the audience. I felt our union growing stronger”, wrote Maria Fernanda for the column, the day after the premiere.

The interview itself took place during the opening of the World Cup, on Sunday (20), and lasted until well after the end of the ceremony in Qatar. It was the only way to find time in the busy schedule of the actress from Paraná, who accumulates professional and family obligations in the French capital.

Married to French businessman Petrit Spahira for 17 years, with whom she has two teenage children, the actress moved to Paris with her family in the middle of the year, when she enrolled the boys in a school in the city. She still has “one foot” in Brazil, a “double residence”, as she calls the life she leads on the air shuttle between Guarulhos and Charles de Gaulle airports.

“I have a very strong connection with what I built in Brazil, so I go and come back many times a year”, he says. The decision to settle in France was a subject that was much discussed in the family formed by Maria Fernanda, Petrit and the two boys.

“We spent 12 years in São Paulo, a period during which I worked a lot, ran my business and Petrit ventured into the world of restaurants. He had four. But he is neither a chef nor a restaurateur. He is a businessman, and his family business required that one hour he returned to France to take over the business.”

And, after spending the two pandemic years in São Paulo, the four decided it was time to settle in Paris. “It was very difficult to make the decision to give up my financial independence, it was not a simple thing, I came here leaving behind a very consolidated network of professional connections, I lived with a certain comfort in São Paulo”, confesses the actress , who arrived in France resigned to the idea of ​​taking a sabbatical.

And the opposite happened. Without ever having dreamed of an international career, Maria Fernanda, today, has her name stamped in French cinema, in Italian and even in a Hollywood franchise, “Fantastic Beasts”, a spin-off of the Harry Potter series that launched, in April, the third feature film, “The Secrets of Dumbledore”.

The film is better known for the strange happenings behind the scenes than for the story it tells. It was from this production that Johnny Depp was fired days before the start of filming because of accusations of physical, sexual and emotional abuse by his ex-wife, Amber Heard, and replaced by the Danish Mads Mikkelsen, from “Druk”.

Also in the cast is American actor Ezra Miller, from “We Need to Talk About Kevin”, who was arrested twice in the first half of this year, in Hawaii, and accused of kidnapping an 18-year-old indigenous girl and then a Hawaiian woman of 25 years old and her three small children. They disappeared from home without notifying her husband and ended up living on the actor’s farm in Vermont, in a house full of guns and ammunition.

On set, however, the Brazilian actress says that the atmosphere was very calm, nothing indicated that there was any confusion going on behind the cameras. Shot in the middle of the pandemic, while everyone was confined to their homes, the actors were forced to take PCR tests every day before starting filming. As well as the entire technical team, which, in a Hollywood blockbuster of this size, means a lot of people, in the hundreds.

“I was very lucky to make this film. I was welcomed with open arms by [ator inglês] Eddie Redmayne, whom I’ve always admired a lot and who is the protagonist of this series”, he says. “We talked a lot, as well as with Jude Law, who is also fantastic and has the second most important role in the plot”.

But the most surprising thing, for Maria Fernanda, was that, in the middle of the biggest production in which she had ever participated, she had to act with those fantastic creatures, who weren’t there, they were put by computer graphics in post-production.

“It was almost a child’s game, it took me back to childhood, I had to use my imagination in a different way. At the same time that the production was supported by a lot of financial resources, the actors had to resort to the simplest thing of all, to pretend”.

The starting point for the turning point in Maria Fernanda’s international career happened because of a push from Brazilian producer Fabiano Gullane, who suggested the actress to Italian director Marco Bellocchio. He was preparing to shoot the feature film “O Traidor”, in 2018. Bellochio had never heard of Maria Fernanda, but he agreed to meet her and cast her in the lead female role.

“This film went to the Cannes Film Festival in 2019 and was very well received. It was successful in Europe afterwards, there are many people who meet me on the street here and recognize me because of this role”, he says.

Because of him, other invitations to European productions began to appear, such as the unprecedented “Bastardos à Mão Armada”, by the Italian Gabriele Albanesi, and “Vermelho Monet”, by the Brazilian Helder Gomes, but shot in Lisbon —in addition to the “recital dramatique” that it opened in theaters this week.

But Maria Fernanda did not leave the Brazilian market empty-handed. On the contrary. She is in two simultaneous TV series, “IndependenciaS”, from TV Cultura, and “El Presidente”, from the streaming channel Prime Video.

“IndependenciaS”, which premiered on September 7, has 16 weekly chapters. Maria Fernanda plays the Englishwoman Maria Graham, who joined the plot last week. “She is a very cultured woman, who knew the whole world and had a very current view of political and social issues. She was ahead of her time, she was an abolitionist, a feminist, an avant-garde”, defines the actress.

“This is a very special series, to be watched calmly, by all Brazilians, because it tells a fundamental story, the story of our formation, of our identity. It is a mandatory series”, he says.

“El Presidente” is more controversial: it tells the story of FIFA’s corruption scandal, which sent several of its main names to prison in 2015. “This plot is not part of my world, but it gave me an incredible opportunity to meet a this universe of football a little more”, he says.

Although she scheduled to talk to the column just at the opening time of the World Cup in Qatar, Maria Fernanda said that she watches the Brazilian team’s games and cheers a lot at world tournaments. As well as her children and her husband, who support both Brazil and France.

But what if it’s Brazil vs. France in the final, who will the family be rooting for? “For Brazil, of course”, says the actress, who then completes the thought: “My husband will give exactly the same answer to that question, but with France as the favorite team”.

I hope that the family does not have to resolve this conflict on December 18th, when the World Cup final takes place, and that our best Brazilian representative in the French capital has much to celebrate on this date.