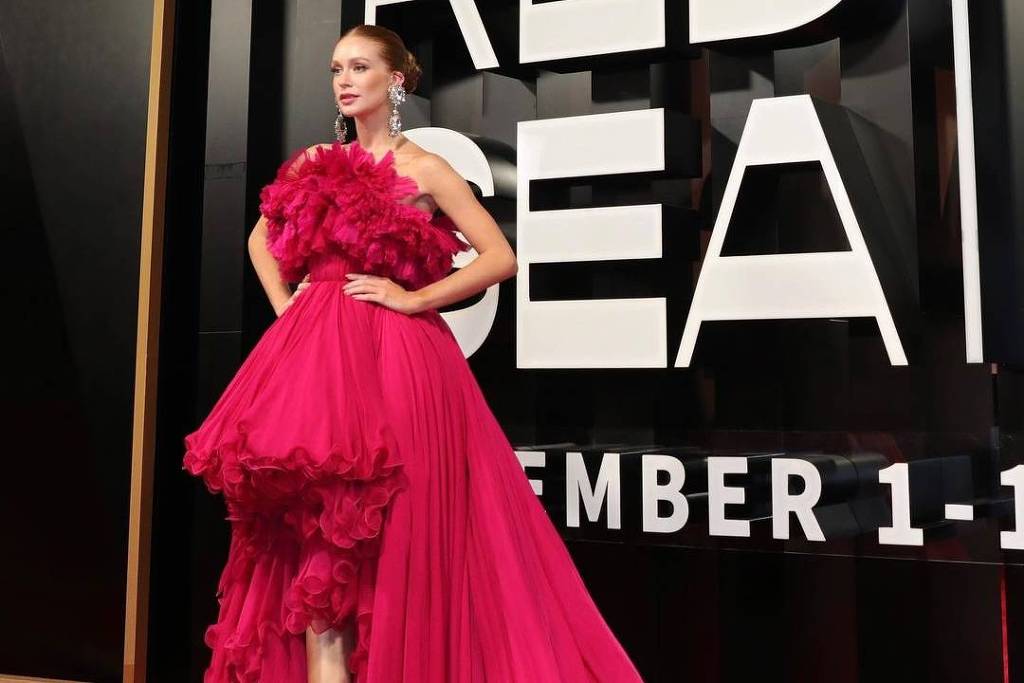 Actress Marina Ruy Barbosa, 27, attended the Red Sea Film Festival, in Jeddah, Saudi Arabia. The businesswoman also chose somewhat controversial dresses to wear throughout the event, as one left her legs on display and the other had cleavage.

Saudi Arabia has a strict dress code for native women and has been loosening rules for tourists to attract more visitors. In 2019, it was decreed that foreign women would no longer need to wear the abaya – a long garment that has been mandatory for decades.

Ahmed Al-Khateeb, president of the Saudi Commission for Tourism and National Heritage, said in an interview with Bloomberg that tourists are advised to wear “modest clothing”. Many residents of the country are strange and find the customs and clothing of tourists controversial.

For the red carpet, Barbosa chose a magenta dress (in a tone similar to the color of the year for 2023, announced by Pantone) by designer Giambattista Valli. In addition, she was also at the premiere of the movie “What Love Got To Do With It?”, wearing a white and low-cut dress, also by Valli.

The event was attended by celebrities, fashion experts and philanthropists from around the world. Among the special guests were actresses Priyanka Chopa and Sharon Stone, actor Shan Rukh Khan and director Guy Ritchie.