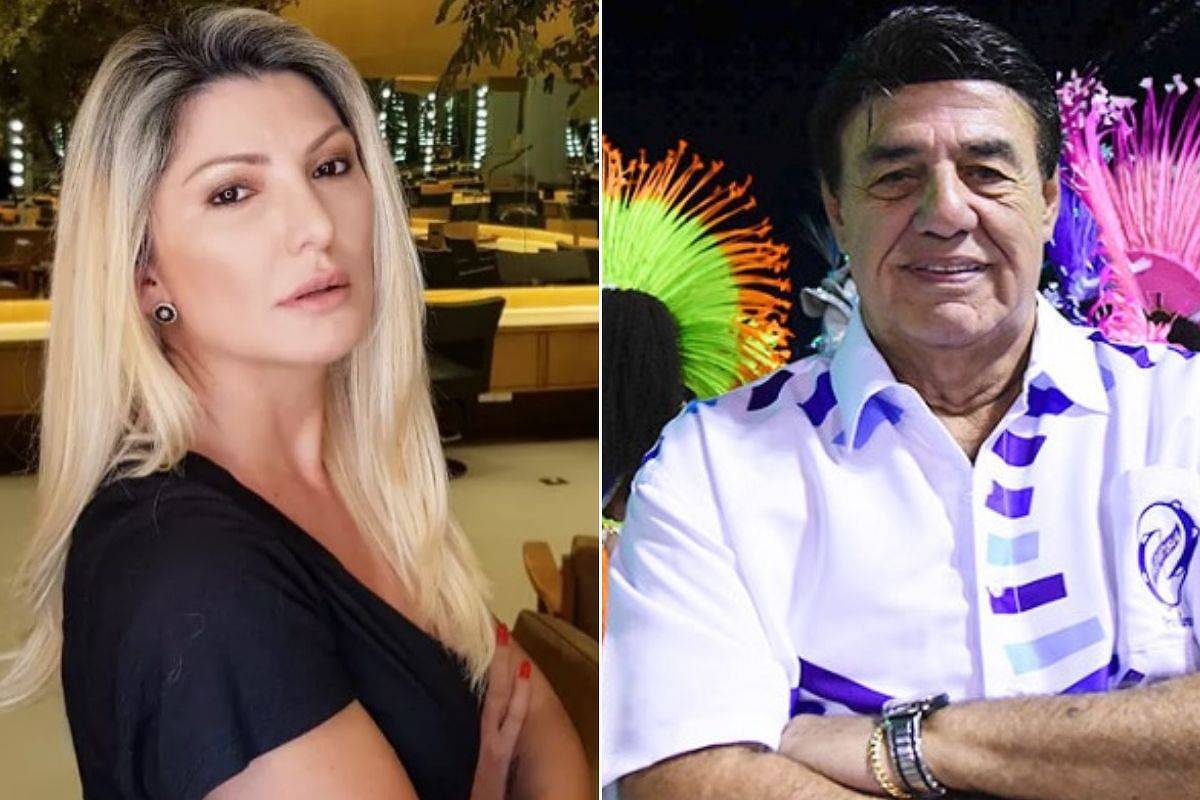 Antônia Fontenelle became persona non grata at Sapucaí in 2023. The presenter will hardly walk around the Sambadrome in Rio after the controversy with Imperatriz Leopoldinense. Also under pressure from other associations, the president of the Independent League of Samba Schools of Rio de Janeiro (Liesa), Jorge Perlingeiro, took a stand against the presenter this Tuesday afternoon (3).

He said that the entity will comply with the request first made by the president of the Ramos school, Cátia Drummond, not to accredit Fontenelle for Carnival, if she requests it. But, however, Perlingeiro reinforced that he does not have the power to bar her from the party. “Not even the police have the right to prevent someone from entering the avenue,” said Jorge to F5 remembering that she can buy a ticket or be invited to a cabin.

If she decides to appear at the sambodrome, where she is a regular (she was drum queen of Mocidade, standout of Império Serrano and muse of Grande Rio), Antonia will not be welcome in the associations. “Aggressing against one old guard is attacking all the others. It is attacking Carnival, which is the biggest open space party on the planet, and which represents our Brazilian popular culture around the world. Anyone who doesn’t like our people cannot be at our party “, commented Cátia to the report shortly after learning of Liesa’s decision to comply with the request to bar the presenter’s accreditation.

The atmosphere is “it messed with one, it messed with all”. The confusion involving Antonia and the schools began after a video posted on the networks by the presenter went viral. In it, she analyzes the clothes that first lady Janja Silva wore on Sunday (1st), during Lula’s inauguration. “Look, people: this here is the old guard of Imperatriz Leopoldinense. I don’t understand much about fashion, but I don’t think it’s necessary, this here is my opinion, the opinion of a basic woman”, began the director’s ex-wife and actor Marcos Paulo.

Antonia went on to explain the criticism of Ramos’ school: “‘Why, Leopoldinense, Antonia?’ Because it’s an apathetic school, it doesn’t stink or smell, understand? It’s not even the old guard of Mangueira, Mocidade or Grande Rio, it’s Imperatriz Leopoldinense. Just by God!” Liesa, this Tuesday (3), asking for the “non-accreditation” of the actress for Carnival.

Other schools demonstrated against Antonia’s statements and the buzz caused Liesa to issue a repudiation note. “The Liga Independente das Escolas de Samba do Rio (LIESA), through its Board of Directors, repudiates the derogatory comments made last Sunday, the 1st, against Imperatriz Leopoldinense and her Velha Guarda. Inserted in the context of the 12 associations of the Special Group of Rio de Janeiro, the green and white neighborhood of Ramos deserves respect and deference.”

After Antonia’s attack, the Imperatriz carnival designer Leandro Vieira invited Janja to parade as godmother of the association’s old guard at Carnival 2023 and is awaiting the first lady’s response.