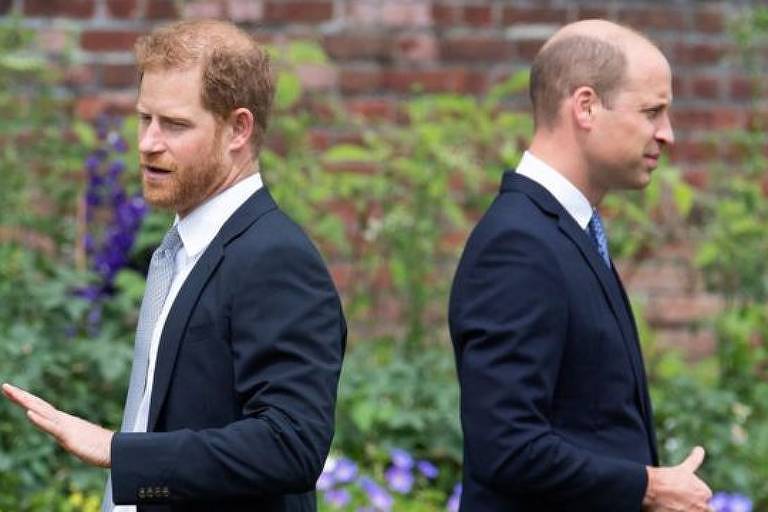 Prince Harry: The central accusation against William that remains unanswered by the royal family

Forget, for a moment, Prince Harry’s accusation that his brother, William, physically assaulted him — an allegation allegedly featured in Harry’s forthcoming memoir, “Spare”. ” by Objetiva, from the Companhia das Letras group).

Put aside allegations of screaming fights and William criticizing his wife and younger brother. All details are gossip that reveal —if true— how toxic the relationship between the brothers has become.

Not surprisingly, the palace turned its nose up and refused to comment on private experiences that are common in many families. Many believe that the royal family deserves a little privacy.

However, a centerpiece of the story is an accusation that goes against this idea of ​​privacy – and which the royal family also refused to comment. Harry said his family leaked and planted negative stories about him and his wife in the press.

The prince spoke on the subject in a clip that shows an excerpt from the interview that the prince gave to presenter Tom Bradby, from the British channel ITV, and which will be aired on Sunday (8/1).

The Duke of Sussex is asked if his desire for privacy would not be contradictory with the details he has revealed about the rift in the family.

“That,” says Harry, “would be the charge of people who don’t understand or don’t want to believe that my family has been leaking stories to the press.”

The Duke said something along the same lines in the Netflix documentary “Harry & Meghan”, released last year. According to Harry, when they were young, the brothers promised that they would never leak stories about each other to the press.

He explained that the agreement was born out of the difficulty faced during the divorce of his parents, Diana and the then Prince Charles, who passed on cruel information to the media by third parties.

Harry discovered that the office they were supposed to share – the Kensington Palace communications team – and which was supposed to speak and defend both him and his brother, was feeding negative stories about Meghan to the media.

The couples officially divided their offices in January 2020.

Soon after Harry and Meghan’s wedding, stories began to emerge about Meghan’s behavior towards palace officials, about the demands she would have made during the 2018 ceremony, about how she would have made Kate, now Princess of Wales, cry – according to the Duchess, it was actually Kate who made Meghan cry.

Harry’s deep dislike of the media, particularly the UK’s best-selling tabloids, is well known. But this charge against William is different.

If you’re a member of the royal family, you’re expected to ignore the criticism and let palace communications handle the press. You don’t talk, you don’t tell your side of the story.

But the situation gets complicated if the people you trust to defend your family are feeding the tabloids negative stories.

In Harry’s eyes, there was no way the truth could be told while he remained inside the palace machinery. His and Meghan’s side of the story, he says, has never been told.

And worse: Harry says that the palace officials, people paid by the British taxpayer to speak for them, were actually doing them harm.

If this were an allegation made against a government department, political party, company or football team, the public would definitely expect an official response from the entity.

The lack of any response or denial would be taken by many as an admission that the claim was true. So is it true that William and Kate’s taxpayer-funded cabinet planted negative stories against Harry and his wife?

Facebook
Twitter
Pinterest
WhatsApp
Previous article
Kaká says he is sorry, but does not justify his absence at Pelé’s funeral
Next article
First case of the XBB.1.5 variant of the coronavirus is identified in the interior of SP