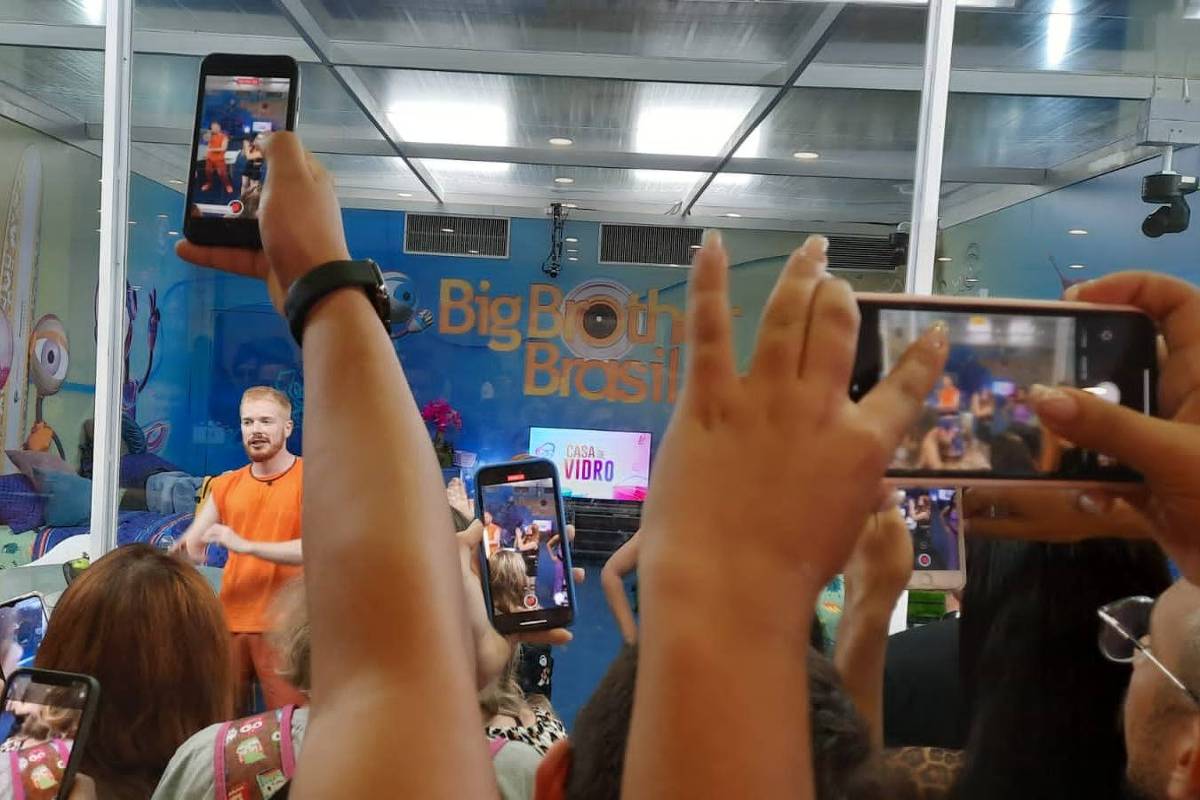 BBB 23: We went to the glass house to see how fans and candidates for a vacancy behave

The routine of a mall in the west zone of Rio is no longer the same. This Tuesday (10), four practically anonymous Brazilians found themselves with a 50% chance of being part of a celebrity (and money) making machine and appeared cloistered in a kind of aquarium in a space of about 35 square meters near from the food court. They became an attraction.

It was not news that the “glass house”, from which two of the members of Big Brother Brasil 23 will leave, was being assembled -which helps to explain the crowd of around 200 people, most of them frantic, and the arrival of fans from the BBB even before the mall opened. The turnover is high and the expectation of security guards at the shopping center is that around 3,000 people pass by daily until this Friday (13), when the chosen ones will be announced.

A resident of Ilha do Governador, second year high school student Fernando Nery was one of the “BBBmaniacs” present and made little hearts in the direction of two candidates he had never heard of. “I liked the redhead and the long-haired brunette. They are the cutest and friendliest. I don’t know anything about them, but I’m already loving them”, said the boy.

Contrary to what happens in the relationship between fans and idols, in the glass house what you see are scenes of devotion for people whose names you barely know. It’s choosing favorites and loving them. But not only. “I’m already pulling votes for them. I did it with Daniel and Ivy and they entered the BBB 20. I’m lucky”, boasted Nery.

It is a game, where the idolized ones are there precisely for that: to win over the public, guarantee entry into reality and the chance to win the R$ 1.5 million prize. Candidates for a vacancy on the BBB give the public what it wants. They make an effort to show that they are lively and will “yield” if they enter reality. They jump, say goodbye, send little hearts back and throw kisses to the public with the intention of winning votes. The question is whether they will have peak until the end of the day, at 23h.

The mall’s opening hours are until 22:00, but there is a one-hour tolerance for people to leave. From 23:00 everyone is invited to leave so that the model Gabriel Tavares, 24, the businesswoman Giovanna Leão, 25, the psychiatrist Manoel Vicente, 32, and the biomedical Paula Freitas (the four people locked up) can finally stop smile and wave to strangers and rest.

While the four candidates for brothers and sisters are exposed, Globo’s production team hides behind a black curtain. As in a zoo, the support team only shows up to feed them. On the first day of the show, the audience was served a plate of strognof with salad, grape juice and a dessert not identified by the fans.

Everything for them, by the way, looks very interesting. Even what was served for dessert to the candidates for a vacancy in reality leaves them instigated. “I think it was a chocolate pie or a mousse. We asked, but they don’t hear well, right, because they really do lip reading. They just said it was delicious”, says, excited, promoter Beto Vidal.

A resident of Jacarepaguá, also in the west zone of Rio, he was one of the first to arrive and promised to be one of the last to leave. “I’ll be back tomorrow and if you have later, too”. Housewife Marilene Barra, a resident of Copacabana, has followed the BBB since the first edition and visited all three glass houses built in shopping malls.

As soon as he arrived, he positioned himself in a corner to evaluate the competitors and soon pointed out his favorites. “I already know that the redhead (Giovanna Leão) is already canceled because she made some comments considered racist, but Paula is much nicer. Gabriel is handsome, but Manoel is the favorite to enter. I like both, but I think the second come in,” she commented, with the ease of an expert. To see.

Facebook
Twitter
Pinterest
WhatsApp
Previous article
Ukraine should be ready on the border with Belarus, says Zelensky
Next article
Volos-Panathinaikos: “Checks” qualification and… turns to PAS