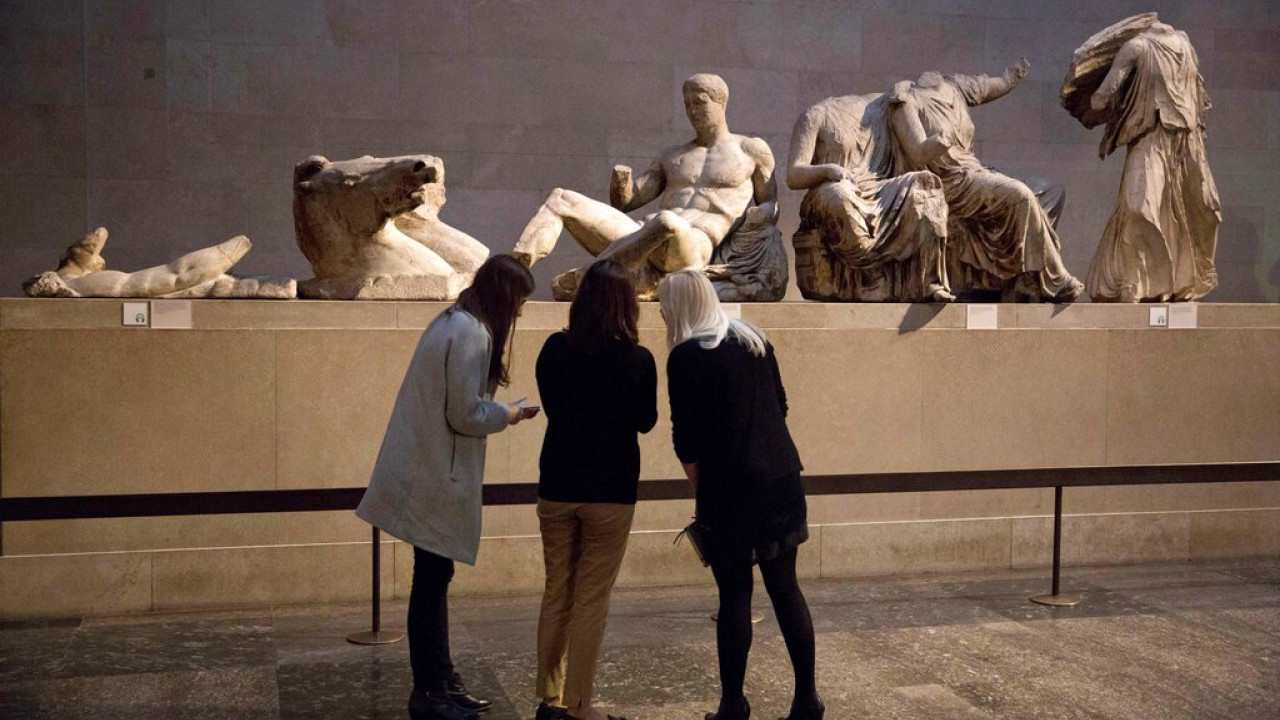 Mendoni’s response to London: Greece will continue to claim the reunification of the Sculptors

What the Minister of Culture Lina Mendoni said about the Parthenon Sculptures, Tatoi and its conservation and the new National Archaeological Museum

“No discussion is closed for the return of the Parthenon sculptures to Athens”, the Minister of Culture explained to SKAI 100.3 Lina Mendoni commenting on her British counterpart’s declaration that the ancient Greek treasures belong to the United Kingdom and there is no intention to change the law that prohibits their removal from the British Museum.

Greece will continue to claims return and reunification of the Sculptors Ms. Mendoni underlined.

Ms. Mendoni emphasized that the Prime Minister, during his recent meeting with the President of the Republic, raised the issue in its proper dimension, that there is communication and contacts, and that this is a difficult, but not impossible, negotiation

Referring to Tatoi on the occasion of the burial of the former King Constantine on Monday and the arrival of a large number of guests, the Minister of Culture explained that throughout 2022 the competent services of the Ministry of Environment in collaboration with the Ministry of Culture worked systematically to remove the burnt trees from the area after the devastating fire of 2021.

He explained that the church in Tatoi is maintained, and ready to receive people, and at the same time, the surrounding area will be in a decent condition, and procedures will be done to arrange the area so that one can approach without any problems.

Regarding the New National Archaeological Museum to be created, he explained that the reasoning of the architects who submitted the proposal will be presented in February so that everyone understands what is going to happen in Patision. He noted that the goal is for all studies to be completed within a year and a half, and then the implementation of the project will begin

He said that more exhibits will be displayed in the new museum and the value of the archaeological treasures will be highlighted, as many masterpieces today are “suffocating” due to lack of space, such as the “Jockey of Artemisius”.

Facebook
Twitter
Pinterest
WhatsApp
Previous article
Stoppage in the trial of Petros Filippidis – The actor wants to make a supplementary apology
Next article
Funeral of former King Constantine: And Panagiotis Pikrammenos will represent the government together with Lina Mendoni