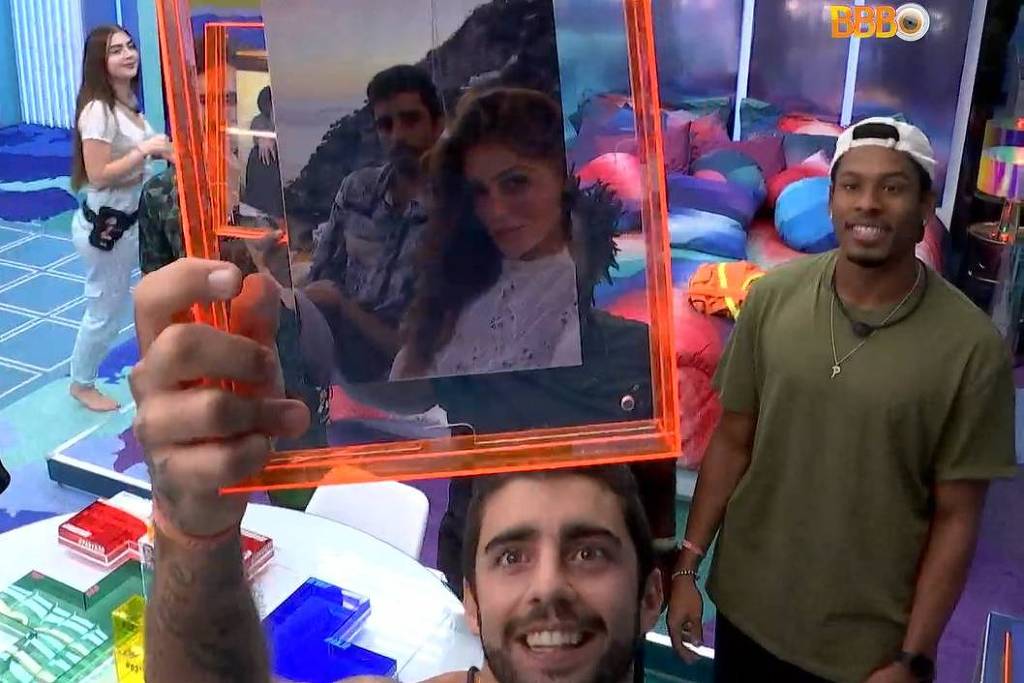 BBB 22: No photos of Scooby’s children, sisters speculate: ‘Was it Luana?’

Pedro Scooby is the only participant of BBB 22 (Globo) who will not see his children in the edition, and that includes not only videos, but photographs. Without authorization from his ex-wife Luana Piovani, 45, the surfer who has just won the lead missed photos of his children Dom, 9, Bem and Liz, 6, in the Líder’s room.

In the early hours of this Friday (4), Scooby debuted his first time as a Leader and as usual, he won some perks, including family memories. When showing the photographs to the brothers, some were surprised not to find images of the surfer’s children.

“Where are the children? No photo?”, Laís asked the other participants who were watching Scooby in the Leader’s room through images. “Could it be Luana?”, asked Jessilane. Amid speculation, the sisters commented that perhaps it would be to not expose the image of the little ones.

In the room with his VIP guests, Pedro Scooby also talked about the absence of his children. “I had this conversation with Luana… everything was fine”, he stated. “It’s okay, they are my children for life,” he added.

Douglas Silva, PA and Arthur Aguiar, who are also parents and have already seen photos and videos of their children on the show, were in the room with Scooby at the time.

Married to model Cintia Dicker, Scooby commented on how good it was to have photographs of his beloved scattered around the room. “My wife is close to me, close to my mother, close to my brother. She represents the whole family,” he explained.

Scooby and Cintia have been together since 2019 – the same year that the surfer divorced Piovani and started a sudden relationship with Anitta – and made a stable union contract in 2020. They have already stated that they intend to have a wedding party later this year. year.

Luana Piovani openly commented on social media because she did not agree for her children to appear on BBB 22. According to her, Globo demanded an authorization “practically lifelong, for another five lives”, so the program’s production could use the images of the little ones. even after Scooby’s departure.

“Nobody dies of homesickness. I spent three months lockdown away from my children and I survived, it worked. It’s been three weeks since he [Scooby] is there [no programa], will not die. I’m protecting my greatest treasure,” she commented.

As if sincerity were not enough, Piovani also criticized the attitude of Boninho, director of the reality show, exposing the information that Scooby would not see his children in confinement through social networks. “Did you feel evil in that little answer Boninho gave I don’t know to whom saying that I hadn’t released the children’s image? I felt it”, she said.

Facebook
Twitter
Pinterest
WhatsApp
Previous article
Bebtelovimab monoclonal antibody is the only effective against all Omicron variants
Next article
Wall Street: Close in the red on a disappointing ISM