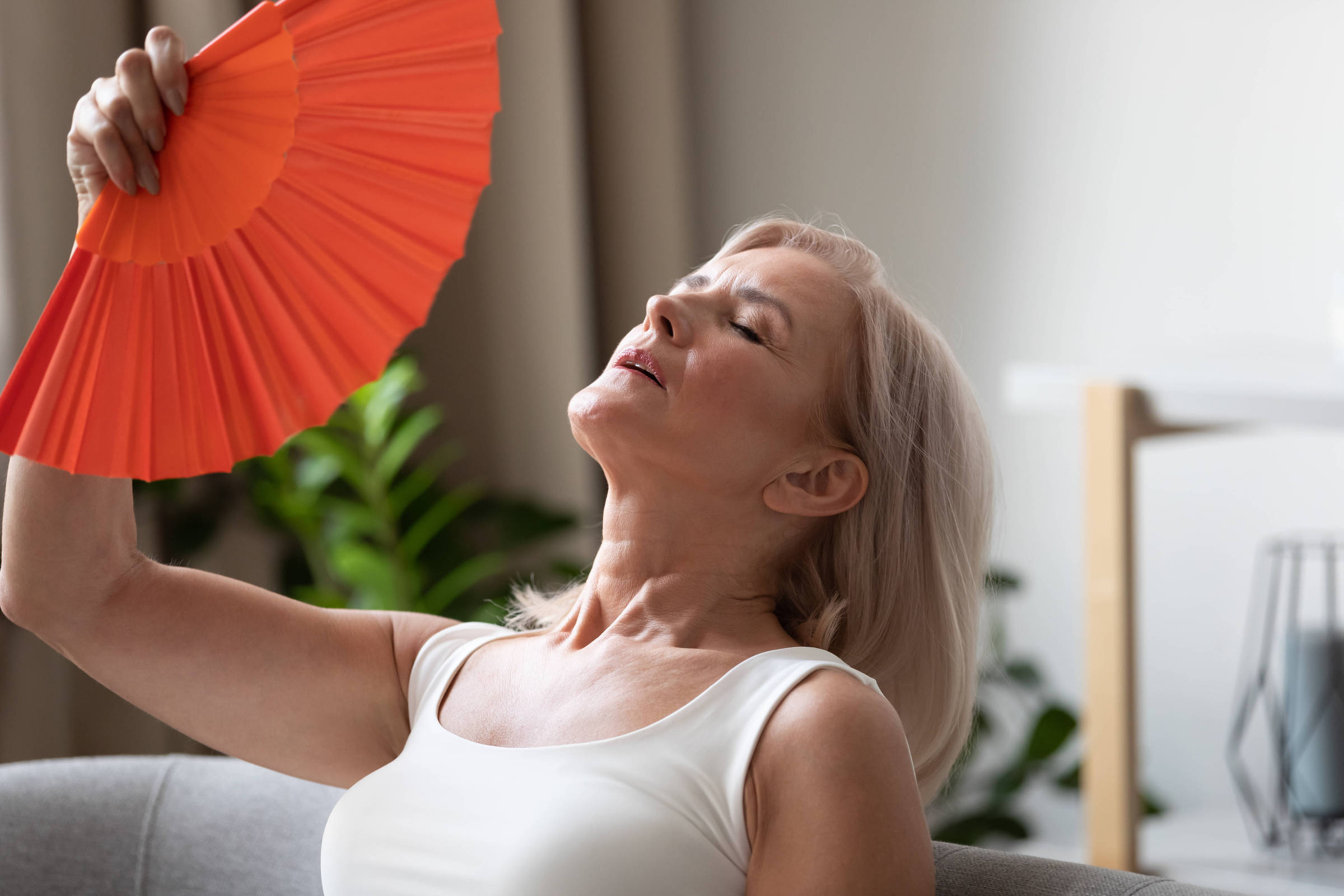 How long does menopause last? See what science says

The “pause” contained in the term “menopause” may imply that this phase of life is brief or fleeting, little more than an irritating interruption. In reality, however, symptoms associated with menopause can last for a decade or more, and at least one symptom may never improve.

Technically speaking, menopause begins after a woman has had her last period, said Stephanie Faubion, director of the Mayo Clinic for Women’s Health. But because there’s no trumpet sounding to signal when your last period is, and because menstrual cycles are often irregular at this stage, doctors usually don’t diagnose menopause until a woman has gone a full year without a period, she explained.

“From that point on, you’ll be post-menopausal for the rest of your life.”

According to the US Department of Health and Human Services, the median age of the last menstrual cycle of life is 52 years old in the country. But entering menopause at any age after 45 is considered normal, and about 95% of women reach that milestone by age 55, said Faubion, who is also medical director of the North American Menopause Society.

The first sign of the menopause transition is usually a change in menstrual cycles. Periods may become more frequent or less, and bleeding may become lighter or heavier, according to Siobán Harlow, director of the Middle-Aged Science Center at the University of Michigan School of Public Health.

Harlow warned that women who begin to have heavier periods can experience dangerous blood loss that requires medical attention.

Fluctuations in estrogen levels can cause a woman “to experience hot flashes and night sweats, experience migraines, sleep poorly or feel highly irritable,” Faubion said. But this can be followed by some normal cycles and a relief of symptoms, followed by a return of them.

Other symptoms that may accompany the transition include depression, anxiety, mental confusion, skin and hair changes, joint pain, and vaginal dryness.

After going 60 days without bleeding, the woman is in the so-called late menopausal transition. Most women will have the last period of their lives within two years after that, according to Nanette Santoro, a professor of gynecology and obstetrics at the University of Colorado School of Medicine. At this stage, she said, “the symptoms tend to intensify. If they were bothersome in the early transition, they are now getting a little worse.”

Hot flashes, sometimes accompanied by night sweats, are among the most common symptoms of menopause, affecting up to 80% of women.

In a 2015 study of 1,500 American women who had hot flashes and frequent night sweats, these symptoms lasted an average of 7.4 years. They usually started several years before the last period and continued on average for 4.5 years after that.

Women who started experiencing hot flashes at an earlier stage of the menopausal transition — before reaching the 60-day period without a period — suffered these symptoms the longest: for a total of 11.8 years, on average.

Among the various racial and ethnic groups included in the 2015 study, women of Japanese and Chinese origin experienced hot flashes for the shortest time (on average 4.8 years and 5.4 years, respectively), and women of color for the longest. time – on average 10.1 years.

In a study published in February, Harlow and colleagues analyzed evidence that black women in the United States also reach menopause earlier, on average, and have a higher incidence of menopause-associated depression and sleep disturbances compared with white women. .

The authors proposed that these disparities could be at least partially linked to greater financial and life strains, experiences of discrimination, and less physical activity. They noted in the study that all of this “has roots in systemic racism.”

Most menopausal symptoms subside between seven and nine years on average, but according to Faubion, about a third of women continue to have symptoms for a decade or more.

A healthcare professional well versed in menopause can help a woman decide what her best treatment options are, she says, including hormone replacement treatment, which can make symptoms much more manageable.

One symptom that usually doesn’t improve is vaginal dryness, which can be accompanied by pain with intercourse, greater urinary urgency, and more frequent urinary tract infections, Faubion said. These symptoms worsen over time, so it is worth seeking treatment as soon as possible. Options may include over-the-counter lubricants or moisturizers or doctor-prescribed vaginal estrogen treatments, she said.

According to Santoro, from the moment you hit menopause, technically speaking, you’ll be in it for the rest of your life. Some women describe a feeling of “postmenopausal zest for life” at this stage. But, Harlow said, by the time women reach their 65s or 70s, they are already dealing more with the changes that come with aging than with changes in reproductive hormones.

Menopause is really a transitional phase of midlife. It may be longer and more difficult than expected, but you can predict that there will be relief when you get to the other side.

Facebook
Twitter
Pinterest
WhatsApp
Previous article
Athanasiou: I never questioned the patriotism of my fellow MPs, regardless of religion
Next article
‘Anne Heche and I are not in touch,’ says Ellen DeGeneres