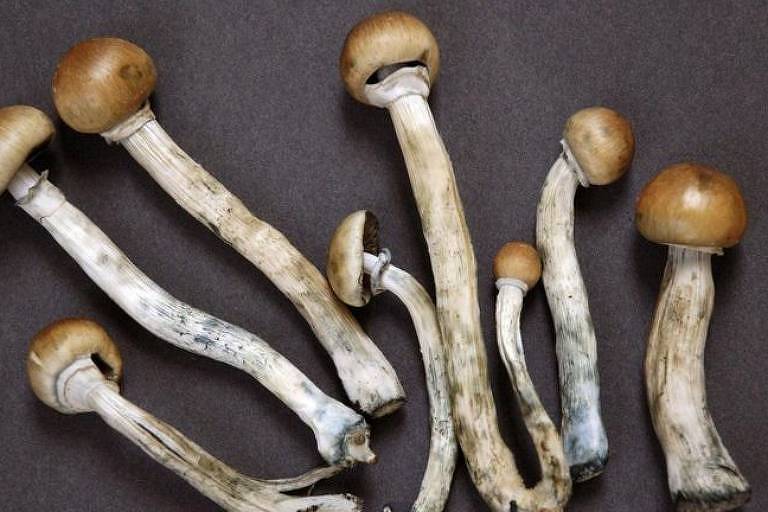 It was four intense days at the Portland, Oregon Museum of Art. From September 15 to 18, about 900 people attended the first Horizons psychedelic conference outside of New York, Horizons Northwest, interested in pioneering this northwestern US state with the controlled use of psilocybin from so-called “magic” mushrooms, which should start in the middle of next year.

Oregon’s model for decriminalizing psychedelics differs both from the path taken by medical cannabis, with its dispensaries and prescriptions, and from the path favored by researchers, companies and other activists of the psychedelic revival. These aim to see mind-altering substances approved by the FDA drug agency as adjuncts to health insurance-funded psychotherapy.

Psilocybin has been studied to treat mental disorders, depression ahead, with phase 3 clinical trials in preparation. Another promising area is chemical dependence, as in the case of alcohol. Next to MDMA (the basis of ecstasy) for PTSD, it is the most advanced psychedelic on the official drug approval path, which can take several years and tens of millions of dollars.

A majority of Oregon voters, with 1.3 million votes (56%), in November 2020 approved Measure 109, to establish “psilocybin services” within two years. An advisory committee was created to propose a regulation to the Oregon Health Authority (OHA), which is in the final stages of public consultation for adoption in December.

Many details remain to be defined, but the general scheme is already clear. Persons 21 and over may receive doses on the order of 20 to 30 mg from a licensed “facilitator” after completing 120 hours of training in accredited courses (requires only two-year Oregon resident and high school graduates) ).

Only one species of mushroom containing psilocybin, Psilocybe cubensis, can be used (there are over 200 that produce the psychedelic). Fungi production facilities must also be licensed, and all samples will be genetically tested by authorized laboratories.

“This therapy is impressive,” praised Representative Earl Blumenauer, 74, Oregon’s representative in the US House, in the museum’s auditorium. “A new era is opening up in the state, with great potential for impact. It is a foundation on which to build.”

“I feel [que temos] a lot of community here,” said Tom Eckert, one of the creators of 109 – alongside his wife Sheri, who died in 2020, weeks after the measure was passed. “Shoulder to shoulder, looking at the horizon. Our vision was not of statutes or regulation, but of people.”

“An impressive revolution,” said Bia Labate, a Brazilian anthropologist who founded and directs the Chacruna Institute, responsible for portals on plants of power in English, Portuguese and Spanish, at the event. “What? Psilocybin products?” she said, rubbing her eyes to signal surprise at the pace of regulation of substances used, after all, for centuries or millennia by traditional populations.

To shorten access to mushrooms for those who suffer, today, 109 proposes to remove them from strict control by the clinical status. Shamans, healers, naturopaths or anyone else will be able to administer psilocybin without a doctor’s prescription, as long as they do so in a licensed facility with the same, traceable product. It will just not be allowed to call the sessions “(psycho)therapy”.

Hence the new regulation’s preference for generic terms such as “facilitators” (instead of therapists) and “services” (instead of treatments). However, “preparation” and “integration” sessions will be required before and after dosing, a vocabulary derived precisely from the psychotherapy protocols supported by psychedelics under investigation by academic institutions, which can give rise to misunderstanding in the public.

The zeal to prevent psilocybin services from being confused with therapy is such that the draft rules prevent psychologists and doctors from presenting themselves as such, in case they act as facilitators. They will need to take the regular course, like anyone with a high school diploma, and will only be able to give psilocybin to “clients” (not patients) in approved facilities.

In the discussions at Horizons NW, it became clear that many consider regulation to be overly bureaucratic and artificial. Angie Albee, who leads the OHA’s Task Force on Psilocybin Services, reckons that’s the price to pay for prioritizing the safety of those treated with mushrooms.

In addition to safety and early access to the mental benefits of mushrooms, 109 also places an apparent emphasis on equity. In other words, it intends to make both the substance and the authorization to administer it to interested parties accessible to many, in a legal way (there were always those who applied it clandestinely; psilocybin is subject to a federal ban), and not only the well-paid medical professionals.

This is where another problem discussed at the event comes from, the costs. The fee to obtain a facilitator license will be $2,000. To license a production, test or application site, each developer will have to shell out US$10,000. The values ​​were established based on the OHA budget, which has to be covered by own resources.

With this, it is estimated that each treatment of three sessions to use psilocybin in one of them will cost between US$ 1,500 and US$ 2,000. Considering that the expense will not be covered by health insurance until the federal ban falls, the “service” will not be within the reach of most citizens – who will otherwise have difficulty understanding why this is not therapy and cannot be paid for. by insurers.

Concerned about the high costs, Tom Eckert created a foundation in the name of the deceased woman to offer grants to facilitators who cannot afford training courses (such as the Inner Trek company he started). Ways are also being sought to assist entrepreneurs in paying fees to license mushroom application, production and testing facilities.

Despite the difficulties, a tone of optimism prevailed at Horizons. Graham Boyd of New Approach, an initiative supporting popular proposals to decriminalize cannabis and psychedelics, predicted that within five years up to 50% of the US population could already have access to MDMA for treatment, and perhaps psilocybin.

Boyd recommended keeping a detailed record of both successes and adverse events in psilocybin services. The idea is to be able to show later, with facts and figures, that the problems are rare and the benefits plentiful – as was the case with medical marijuana. Researchers such as Robin Carhart-Harris and Brian Anderson also recommended giving attention and transparency to the issue of risk, however infrequent.

In fact, learning from the Oregon experience has already begun, even before it goes into full effect (license applications will begin reviewing in January and first services are expected to be authorized in mid-2023). On November 8, the state of Colorado will vote on the Natural Health and Medicine (NMHA) project, which brings some news about the M109.

Among other innovations, the legislative proposal includes immediately decriminalizing possession and cultivation of small amounts of natural psychedelics such as DMT, psilocybin, ibogaine and mescaline (except the peyote cactus), for personal use or donation. Regulated services would start with psilocybin, as in Oregon, but it is planned to expand to these other entheogens and create funds to pay for licenses and consumption of these substances for low-income people.

Even the US federal government is beginning to show signs of interest in psychedelic therapies. The country, like so many others in these times of Covid, a reheated Cold War and the precariousness of work and income, is facing a mental health crisis with no solution in sight through the dominant clinical and pharmacological paths.

A new era, indeed, seems to be beginning in Oregon. It may not be that of Aquarius, which the hippies of the 1960s/70s tried to initiate by force by jumping out of the system, but who knows, the Cubensis Era, an armistice in the failed War on Drugs achieved through the well-behaved route of popular initiative referendums.

Facebook
Twitter
Pinterest
WhatsApp
Previous articleIsrael: The only way to prevent Iran from getting nuclear is the military threat
Next articleTragedy in Syria: At least 34 dead from shipwreck with migrants near Tartus