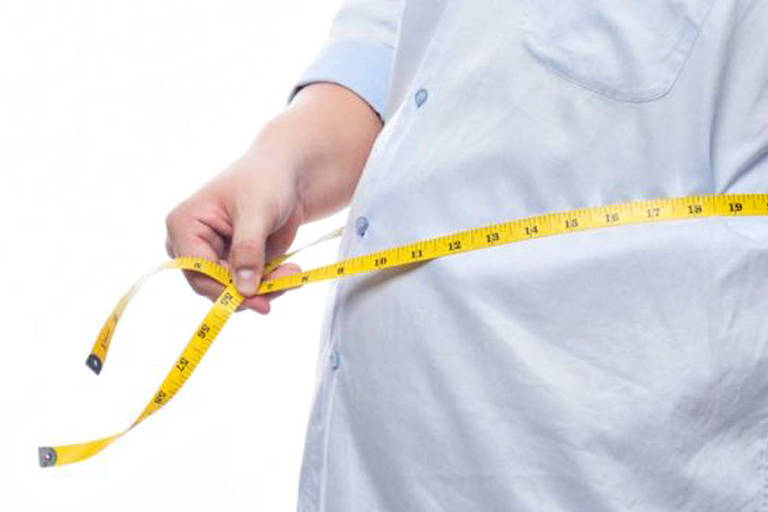 How obesity could cost Brazil almost US$ 220 billion in 2060

An analysis of the economic impact of obesity in 161 countries projects that, maintaining current trends, by 2060 Brazil will be the seventh economy in the world with the highest expenditures related to the condition.

According to projections, released in a study published this week in the scientific journal BMJ Global Health, the percentage of obese or overweight people in Brazil is expected to reach 88.1% in 2060, resulting in an economic impact of US$ 218.2 billion. (about R$ 1.3 trillion).

The researchers estimate that this amount will represent 4.66% of the Brazilian GDP (Gross Domestic Product) in 2060, the 48th highest percentage among the countries analyzed.

The calculation takes into account both direct medical expenses and those resulting from the process of seeking health care, such as the cost of travel for patients and companions. It also includes economic losses resulting from premature deaths, lost workdays and decreased productivity due to health problems related to being overweight.

According to the study, in 2019 the prevalence of overweight and obesity in Brazil was 53.8% of the population and generated an economic impact of US$ 37.1 billion (about R$ 190.5 billion), the tenth largest among the 161 countries. In terms of percentage of GDP, Brazil ranked 63rd, with 1.98%.

Considering all the countries analyzed, the economic impact in 2019 was estimated at 2.19% of global GDP. If the current trend continues, in 2060 it should jump to 3.29%.

India, South Korea, Indonesia and Germany will also have higher total spending than projected for Brazil.

Impact on the poor

The researchers point out that being overweight is linked to a higher risk of diseases such as cancer, cardiovascular problems and diabetes. They also say that the covid-19 pandemic has demonstrated that people who are overweight or obese are also at risk of developing more serious forms of infectious diseases.

According to Adeyemi Okunogbe, a health systems expert at the nonprofit RTI International and one of the study’s authors, there is often a misconception that obesity is a public health challenge unique to high-income countries.

“This is not just a problem for rich countries, it’s a global problem,” says Okunogbe to BBC News Brazil.

Okunogbe points out that between 2019 and 2060, the economic impact of obesity and overweight is expected to increase more in low- and middle-income countries than in advanced economies.

“Even in high-income countries, we see the impact concentrated in poorer households and vulnerable communities,” he points out. “Healthy diets are expensive. Options that are unhealthy (like ultra-processed foods) are (often) more accessible to the poor.”

Previous studies indicate that many low- and middle-income countries face high levels of obesity and malnutrition at the same time.

In Brazil, the growth in obesity rates is registered at the same time as there is an increase in hunger.

According to a survey by the Brazilian Research Network on Food and Nutrition Sovereignty and Security (Rede Penssan), the number of Brazilians who are hungry jumped from 19.1 million in 2020 to 33.1 million this year.

Okunogbe and the other study authors estimate that around the world, about two in five adults are obese or overweight.

The calculation to define whether a person is overweight or obese takes into account the relationship between weight and height and is called the Body Mass Index (BMI). A BMI between 25 and 29.9 is classified as overweight. Obesity is defined as a BMI over 30.

But the researchers point out that overweight and obesity are more complex than just BMI and have causes linked to a variety of factors, from genetic risks and lack of access to health services to food and beverage marketing strategies.

The study was carried out with the support of the World Obesity Federation and included a funding grant from the pharmaceutical company Novo Nordisk, which did not participate in the design of the project or in the analysis and interpretation of the results.

The authors note that much of what was known about the economic impacts of obesity and overweight was concentrated in rich countries and that methodological differences in previous national studies made comparisons across countries difficult.

Okunogbe says the new global projections reinforce the need for concerted action to respond to the worldwide increase in the prevalence of obesity and overweight.

The authors do not offer specific suggestions, but say that instead of focusing on individual responsibilities, it is necessary to seek integrated solutions and political and social commitment to combat the problem.

Facebook
Twitter
Pinterest
WhatsApp
Previous articleRussians flee the country in a hurry to avoid the call for the Ukrainian War
Next articleMitsotakis on Turkey: Disputes cannot be resolved with imperial fantasies