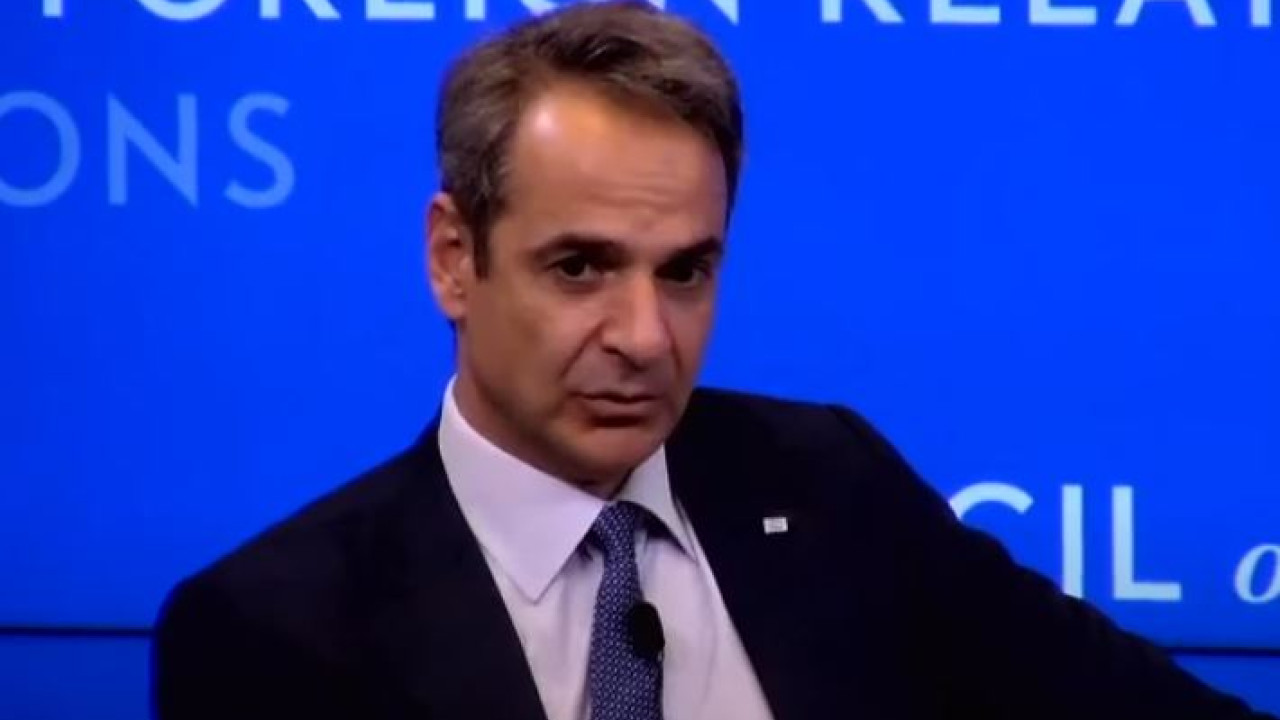 Mitsotakis on Turkey: Disputes cannot be resolved with imperial fantasies

The prime minister said: “It is difficult for me to imagine how the relationship between the two countries will recover as long as Turkey behaves like this.”

Prime Minister Kyriakos Mitsotakis referred to the Turkish provocation, speaking at the Council on Foreign Relations, in New York, where he is for the UN General Assembly.

Among other things, the prime minister said that he himself always sought a constructive relationship with Turkey, and in fact three years ago he had told the Turkish president to make a new beginning.

Then, Mr. Mitsotakis pointed out, Turkey signed an EEZ agreement with Libya that ignores the existence of Greek islands, a geographical paradox.

“Then we have the instrumentalization of immigrants and the questioning of our islands,” he noted.

In fact, as he pointed out, “it is difficult for me to imagine how the relationship between the two countries will recover as long as Turkey behaves like this. But, if Turkey continues on this path, it will isolate itself from both Europe and the US.

And if Turkey wants to ‘play’ in another sphere of influence, so be it, but it is a member of NATO. And it is the only NATO country that does not impose sanctions on Russia.”

He reiterated that “I am always open to solve problems through dialogue, Mr. Erdogan does not want to talk to me. But I’ve heard it before and we ended up talking. I will continue to insist that there is only one framework of rules for dispute resolution, international law and the international law of the sea. But it doesn’t solve differences with aggressive behavior and the restoration of imperial fantasies, but also inflammatory rhetoric.”

Mr. Mitsotakis also referred to the Greek economy, saying that it is developing beyond expectations, while the government has managed to make the country an attractive destination for foreign investments.

He predicted that the Greek economy will continue to grow next year, even if the Eurozone is in recession, and added that “we have reasons to be optimistic.”

He added that the ND will prevail in the elections, so there is no risk of uncertainty in Greece, and investors see this.

Asked what worries him the most, he replied that he is worried about energy prices, like all countries in the EU.

Regarding the elections, Mr. Mitsotakis emphasized that the ND lead, 7-8-9 points. “It is a good starting point for the elections. We have said that we want to govern with an absolute majority and this is what we will ask of the Greek citizens. If they reward us, it’s fine. If not, we will have to form some form of government. In any case, the country will be governed.”

At another point, he emphasized: “Now we have a course, which makes me optimistic that we can win with self-reliance. We changed the electoral law. The polls are predicting that we will win and I reckon we will struggle, but we will do it on our own. But if the Greeks decide that we should not govern alone, then we will govern in a coalition government.”