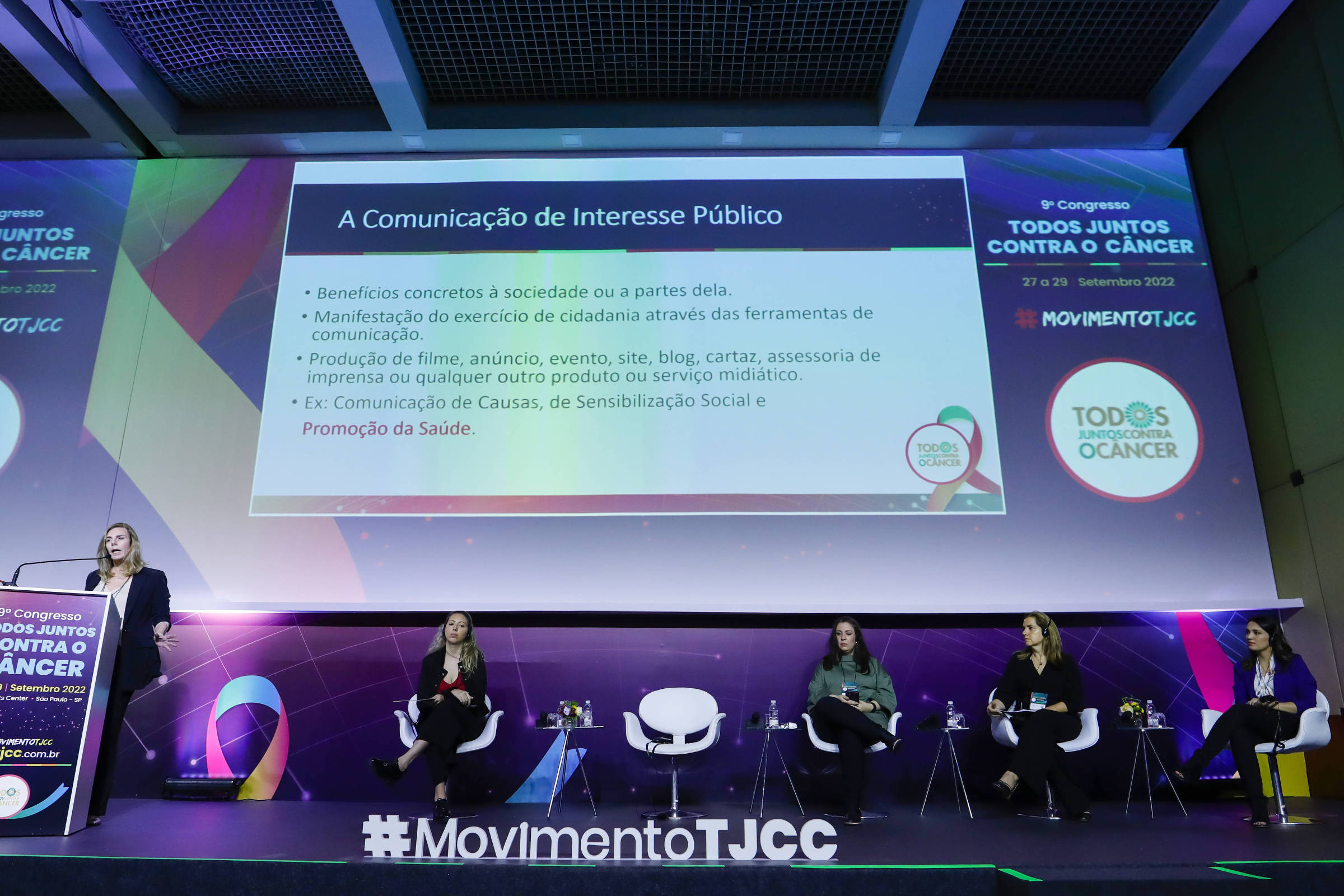 Videos on Youtube, texts on Facebook, photos on Instagram. Entities linked to oncology use social networks to get closer to people and make them aware of cancer prevention and treatment. The idea is to bet on accessible and attractive language to disseminate quality information about the disease.

“We need to be where our target audience is and carry out campaigns aimed at each of these people”, says Catarina Rodrigues Pinto, marketing coordinator at Abrale (Brazilian Association of Lymphoma and Leukemia).

She was one of the participants of the 9th edition of the All Together Against Cancer Congress, which began on Tuesday morning (27), in São Paulo, and runs until Thursday (29).

The meeting brings together specialists from different areas of health, references in national and international oncology. The congress is organized by the Todos Juntos Contra o Câncer (All Together Against Cancer Movement), an entity that brings together more than 200 civil society organizations committed to the care of cancer patients.

According to Rodrigues, the population knows little about blood cancer, which encompasses diseases such as leukemia and lymphoma. That’s why, she says, Abrale invests in informative content on the networks.

“We seek to work with the help of celebrities, high-impact vehicles and public transport advertisements. Our goal is to explain what these cancers are and what the symptoms are.”

She adds that blood cancer is often difficult to diagnose because the symptoms are imprecise, such as fever and bruising throughout the body. Hence the importance of disseminating information.

The use of social networks has yielded good results. According to Rodrigues, Abrale’s Youtube channel has more than 200 videos and collects 4.9 million views.

One of the records reached 1 million views by demystifying the false information that soursop cures cancer.

“In the light green August campaign, to raise awareness about lymphoma, we managed to reach 245,000 people organically on social networks,” she says.

Another entity that bets on communication to raise awareness is the INCA (National Cancer Institute). Head of the agency’s communication service, Marise Mentzingen says it is important to convey information in a simple way to obtain engagement.

“Otherwise, it gets boring with a mother-teacher tone,” she says, adding that videos are effective.

“Audiovisual has always been an important tool. If you have a celebrity channel, even better.”

According to her, the participation of artists in prevention campaigns is important to shed light on cancer. She says that when a celebrity goes public with cancer, searches for information about the disease increase.

As an example, she cites the case of presenter Tiago Leifert, whose daughter was diagnosed last year with retinoblastoma — a cancer that affects the region of the retina. This year, he and his wife decided to make the disease public. “Attitudes like this help in visibility and prevention,” she says.

Communication also helps to break down prejudices about cancer patients. Representative of Ogilvy Brasil, Denise Caruso says that the advertising agency helped to make a campaign in which cartoon characters went bald.

“The aim was to spread the message that a child with cancer needs to be seen like any other child,” she says, adding that the campaign was broadcast on children’s channels and gained international repercussion.

“The secret to the success of these campaigns is that everyone was involved, from cancer institutions to the press.”