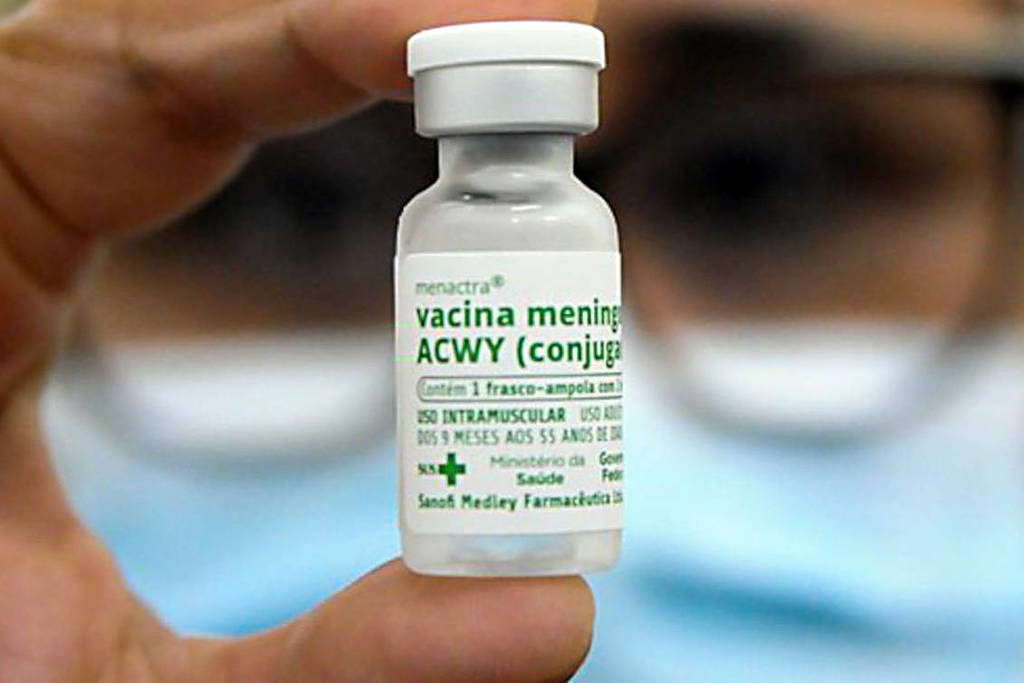 The outbreak of meningococcal meningitis registered in Vila Formosa and Aricanduva, in the east of São Paulo, has caused an increase in the demand for vaccine in the public network and in private clinics and has encouraged the population to also seek immunizations against other diseases.

Since the 17th, according to the Municipal Health Department, 19,790 people have received meningococcal C and ACWY vaccines in the region where the five cases of meningitis C were registered. The confirmed patients were a two-month-old baby and four adults aged 20, 21 , 42 and 61 years old. The 42-year-old patient died on August 2.

A 22-year-old man from the North Zone also died this week and, according to the ministry, the case would not be related to the East Zone outbreak. There were 10 deaths from meningitis this year in the city.

Anyone aged between 3 months and 64 years old who lives, works or studies within 3 km of the reporting region of these cases can receive the vaccine at the local basic health units —UBS Formosa II, UBS Vila Guarani, UBS Jardim Iva and UBS Commander José Gonzalez. All you need to do is present proof of address.

In addition, as part of the routine vaccination schedule, the immunizing agent against meningococcal meningitis C is offered by the SUS throughout Brazil for babies aged 3 to 12 months. The ACWY vaccine is currently applied to the age group from 11 to 14 years of age.

For those who do not fit into these ranges, the ACWY vaccine, which offers protection against serotype C, the same as the outbreak, is available in private clinics for values ​​ranging from R$370 to R$420.

Cláudia Oliveira, 44, learned about the outbreak through pediatricians that she follows on Instagram. In the late afternoon of this Tuesday (5), she went to a private clinic in Tatuapé, on the east side, to vaccinate her 6-year-old daughter and update her own card. “I’ll take it too because it doesn’t just affect children,” she said.

According to Fernanda Gomes, director of ABVAC (Brazilian Association of Vaccine Clinics), the demand for ACWY has grown not only in the capital. There are notifications of increase in Minas Gerais and Goiás and where it operates, in the region of Campinas, in the interior of São Paulo, the growth in recent days was around 50%.

On vaccines.net, which works with immunization in 20 states, the search for ACWY as a search term increased 400% in the last 15 days, compared to the first half of September. Marcos Tendler, founder of the platform, says that 50% of the site’s sales in this period were from vaccines against meningitis, well above the 10% average for the year.

“The Brazilian population, in general, has the habit of looking for prevention when the problem is already happening. In addition, health professionals, when seeing the news about the outbreak, also increase the recommendation of vaccines and put the issue on the agenda. in consultations”, says Gomes.

The effect of the media on the search for immunizations was pointed out by all the specialists interviewed by the report. They indicate that, while there is space for cases in the press and on social networks, people seek to protect themselves, but when the subject is no longer addressed in the news, concern about vaccination drops dramatically.

“Vaccine coverage is low and even with the expansion of the campaign against polio, for example, we did not reach the goal. Health sources are not sensitizing the population”, pondered Mônica Levi, director of SBIm (Brazilian Society of Immunizations). In the capital, vaccination coverage against meningococcal meningitis C, until July this year, was 79.72%. The vaccination target recommended by the Ministry of Health is 95%.

On the other hand, while there is a demand motivated by the prominence given to the outbreak, a second phenomenon emerges: vaccines against other diseases are also more required. “The meningitis outbreak brought customers with outdated cards and, in these cases, we advise on the need for other vaccines”, said Mara Garcia, manager of Clinivac.

For Rosana Richtmann, an infectious disease specialist at the Santa Joana Immunization Center, the announcement of an outbreak makes people more aware of their vaccination status and it is up to the health professional to take advantage of this gap.

“It’s so rare that they come after information about vaccines that we can’t miss the opportunity to provide adequate guidance. In addition, the patient himself is afraid of having a vaccine delayed”, he says. She estimates a demand at least three times greater for the vaccine against meningococcal meningitis in Santa Joana in recent days.

Richtmann indicates that part of the increase may be related to the population’s image of the disease. “People know it’s very serious and they’re much more afraid of meningitis than other diseases. Depending on the generation, they’ve never seen someone with infantile paralysis, but they know reports of meningitis. The life experience with meningitis is much more noticeable and Does it make a difference.”

Pediatric infectious disease specialist Maria Isabel de Moraes Pinto, vaccine consultant at Lavoisier, also reinforces the severity of the disease. “Recently, we had at the hospital where I work a child who had to have an amputation due to meningococcal meningitis. It is a very serious disease, which causes sequelae and can lead to death.”

Facebook
Twitter
Pinterest
WhatsApp
Previous article
Concentration of the 5 largest banks in the Brazilian credit market drops in 2021
Next article
Christian Bale: I made a career because Leonardo DiCaprio turned down roles