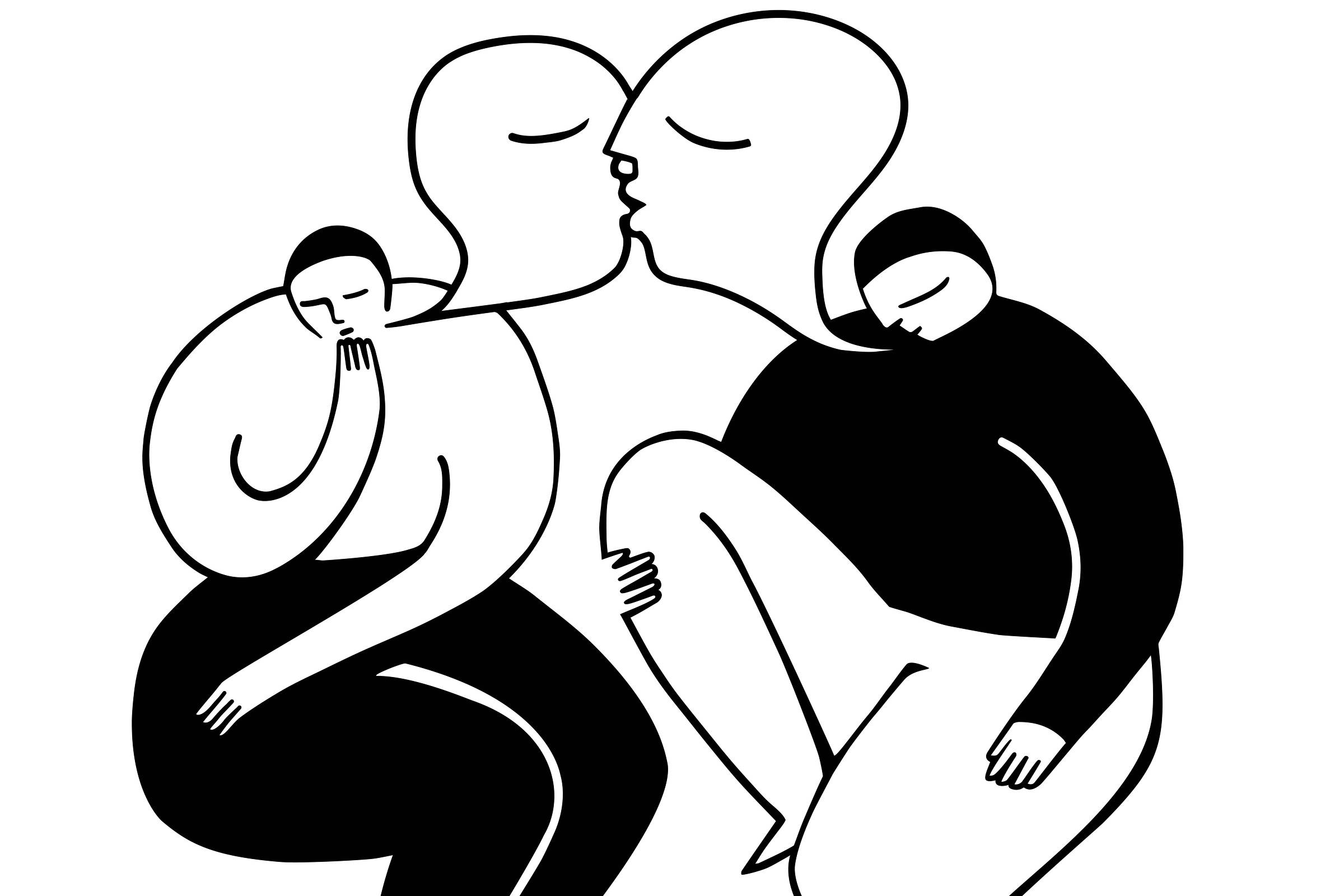 When to see a sex therapist? Method is misunderstood and helps married to single

In the summer of 2017, after being married for six years, Kayti Christian made her first appointment with a sex therapist.

Kayti and her husband grew up in evangelical families, steadfast in the belief that any sexual desire outside of marriage would be sinful. When they got married, they thought sex would be intuitive, even transcendent. Instead, says Kayti, she and her husband felt nothing during sex and were embarrassed afterwards.

They prayed. They asked their church pastor for guidance, but it didn’t help. Finally Kayti, who is 32 now, started looking for certified sex therapists where she lives.

She and her husband attended five sessions — sometimes together, sometimes individually. Their therapist recommended simple exercises, such as sitting facing each other, maintaining eye contact, and voicing their sexual desires aloud.

“It may sound silly, but talking about sex without having sex was something that felt revolutionary,” said Kayti, who is writing a memoir about the evangelical culture of purity.

Sex is complicated for just about everyone, who is influenced by an ever-changing web of psychological, physical, cultural, and social factors. Many people and many couples can benefit from therapy to come to a better understanding of their sexuality.

Sex therapists say their field is often misunderstood — viewed as a last resort for people in doomed relationships or as a practice performed by few that involves awkward physical contact exercises. People like Kayti Christian and her husband can suffer for years before they finally seek help from a sex therapist.

There is emerging evidence that we may be going through a collectively difficult time sexually. Several studies suggest that in the last two years, especially at the beginning of the pandemic, people have had less frequent and poorer quality sex.

A 2020 poll by the Kinsey Institute found that 24% of married people in the United States were having sex less often than before the pandemic. And 17% of women reported a drop in their level of sexual satisfaction.

Still, dealing with sexual problems — whether they arose during the pandemic or not — is tricky. Medicine has been slow to see sex as an important part of personal health, and many doctors do not receive formal teaching on sexual health in medical school, despite the known links between sex and well-being.

The New York Times spoke to several sex therapists about some common misconceptions about sex therapy and why their patients sometimes take so long to seek care.

Therapists have made it clear that there are many issues that can become obstacles to good sex: past trauma, shame, body image, gender identity issues, as well as broader relationship issues that can impair a person’s ability to form sexual bonds.

“I always remind people that sex therapists have heard everything,” said Elisabeth Gordon, a psychiatrist and sex therapist in New York.

What is sex therapy and who is it for?

“It’s really important to understand what sex therapy is and isn’t,” Gordon said. “Sex therapy doesn’t require you to have sex in front of the therapist. Sex therapy is psychotherapy.”

Sex therapists work with adults of any sexual orientation. They serve people who are in relationships [recebendo-as com ou sem seu(s) parceiro(s)] and also single people.

Ian Kerner, a sex therapist in New York, said it’s more common for people to come to sex therapy because they have a specific problem they want to solve. He usually serves people with weak or incompatible sexual desire, erectile unpredictability and premature ejaculation, sexual anxiety, orgasm problems and people who want to get out of a sexual rut, whatever that means for them.

In recent years, Kerner has also seen more patients who don’t have a problem per se, but simply want to spice up their sex life or seek guidance while exploring the possibility of an open relationship. Others are in new relationships and simply want to enjoy a happy and satisfying sex life from the start.

Rachel Wright is a licensed marriage and family therapist and host of The Wright Conversations podcast on sex, relationships and mental health. He proposes this basic rule of thumb: If there’s something in your sex life that you’d like to change, chances are a sex therapist can help.

But it must be remembered that sex therapists cannot treat underlying health conditions that can contribute to sexual difficulties, such as erectile dysfunction caused by heart disease or diabetes.

“Sex is complex,” Kerner said. “Sometimes there can be a physiological factor at work. For example, a person may have low sexual desire because of the side effects of a medication.”

What does sex therapy entail?

Therapists often begin by asking their patients about their past and past sexual experiences, in addition to their goals. Kerner said that in the first session, the therapist usually also proposes an approximate time frame for what your treatment plan should last.

“You don’t have to start therapy and then have weekly appointments for two years or the rest of your life,” Wright confirmed. “You can go to a sex therapist, make an appointment, they can recommend a book, you read the book and your problem is solved. Or they recommend a book, you read it and then you say, ‘Great, now I have five questions for you. .'”

It is common for patients to have to do homework between sessions. Homework can include activities like massaging your partner, focusing on sensations like temperature, texture, and pressure. Over time, Gordon said, patients may become excited to reach for genital touching or experiment with different techniques or fantasies, all at their own pace.

For Kayti Christian and her husband, the sex therapy homework was of the “free age rating” type, as she put it. The therapist recommended reading books on the link between desire and intimacy. They would hold hands or massage each other, describing the sensations. Was the touch hot or cold? Did they like the pressure? It was often just embarrassing.

“There were times when it was very tiring and uncomfortable,” Kayti recalled, laughing. “Sitting in the room for 20 minutes, hands playing and soft music in the background – we kept asking ourselves ‘Can we stop now? What are we doing?’ But I think we understood that there would be no quick fix. We learned that we had to be patient.”

Sex therapy should validate the patient

Sex therapists deal with a wide range of problems, but they say a lot of their work is ultimately about validating patients. And some, like Wright — who has written about coming to terms with being bisexual and polyamorous — are very open about their own sexual identity. This is something that can reassure patients who have felt misunderstood in the past.

“Many people I work with find me the second or third time they come to therapy. Maybe they started with a professional who isn’t really comfortable or doesn’t have the real knowledge to talk about the specific sexualities I deal with. In this case, the person will have felt judged,” said Elizabeth Harles, a North Carolina sex therapist who frequently sees LGBTQIA+ clients, many of whom are interested in delving into topics like non-monogamy and fetishes. She herself identifies as queer and polyamorous. And, like Wright, she shares that experience openly.

“It’s not easy to open up to a stranger,” Harles said. “Talking about sex, then? It’s really hard. It’s incredibly difficult to start opening up about it with an unknown person. Even more so if you’ve had a negative experience.”

“I can’t even tell you how many patients have come to me and said their doctor told them, ‘Just relax. Have some wine, take a hot bath. It’ll be all right,'” Gordon said.

A 2012 survey of obstetricians and gynecologists found that only 28% of them routinely ask patients about their sexual activity and only 13% ask about pleasure during sexual activity.

In an effort to correct this, the CDC has issued guidance to physicians on what they describe as “the 5 Ps” of discussing patients’ sexual history (their partners, sexual practices , how they protect themselves against sexually transmitted diseases, past history of STDs, and intentions to become pregnant).

For some doctors, this is not enough.

“It’s like we’re stuck in the 1980s,” said Susan Khalil, director of the sexual health division in the department of obstetrics, gynecology and reproductive science at the Icahn School of Medicine at Mount Sinai.

She would like to see more research into drugs to treat sexual desire and function, surgery to correct physical factors that can affect sexual pain or pleasure, and greater collaboration between physicians, sex therapists and physical therapists. According to her, this is already happening in some areas of the country, but not everywhere.

For many people, sex therapy can be the first step towards a cure, not the last.

When Kayti and her husband saw a sex therapist, they were neither nervous nor embarrassed. Just hearing that they weren’t the only ones in this situation helped them. Kayti says her sex life today doesn’t meet the unrealistic expectations she had before she got married, but she describes her as vulnerable — and great.

“Validation was tremendously important to us,” she said. “It was a tremendous relief to have a therapist sit there with us and tell us, ‘What you’re experiencing is normal. There’s nothing wrong with you. You just need to communicate more about it and practice.’

Facebook
Twitter
Pinterest
WhatsApp
Previous article
Mauna kea tech: The title declines after nine months of turnover
Next article
The schedule for the fourth round of A1 men’s and women’s polo