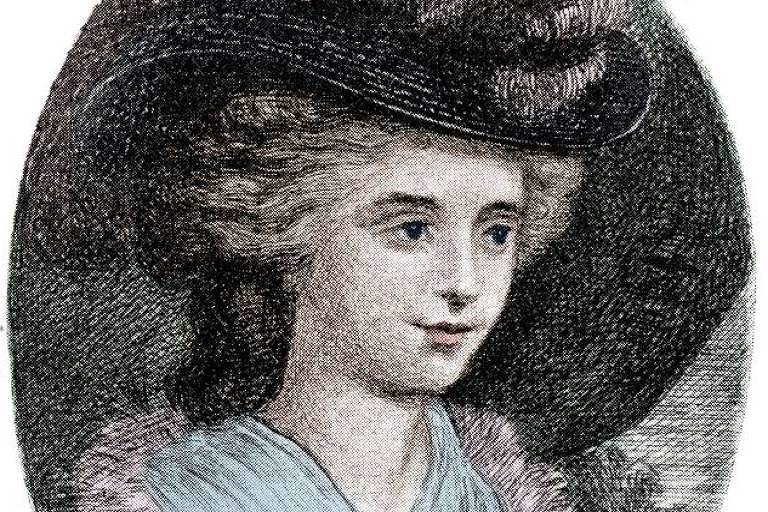 One day in September 1811, the British writer Frances Burney found herself surrounded by seven men dressed in black who wielded sharp objects.

Her only option was to close her eyes, “renouncing any observation, any resistance, any interference, sadly resolved to resign myself completely.”

Burney was in Paris in the hands of an exceptionally large team of professionals, including two of the leading surgeons of the day: Dominique Jean Larrey, surgeon-in-chief of the imperial army, and Antoine Dubois, a consulting surgeon to Napoleon himself.

The reason that made her undergo this painful experience was breast cancer. “Desperate and hopeless,” she gave in to the inevitable, as she would later tell in a letter to her sister Esther.

Titled “Paris Account of a Terrible Operation”, the letter was one of the first first-person descriptions of a mastectomy. It is one of the few detailed descriptions of the terrible torment to which people who underwent surgery before the invention of anesthesia were subjected.

Dubois had warned that she would “suffer a lot”. And Burney knew she would have to endure it, “defying a terror that surpasses all description, the most excruciating pain.”

“But when the terrible steel penetrated the chest, cutting the veins, the arteries, the flesh, the nerves” of his entrails, “a cry broke out that lasted uninterrupted throughout the time of the incision (…) so unbearable was it. the agony. (…) I felt the knife against my sternum, scraping it!”

Burney’s testimony offers an in-depth look at the physical and psychological pain experienced by patients undergoing surgery. And she felt the aftereffects not only in her body, but also in her mind.

“It’s not been days, not weeks, but months gone by without being able to talk about this terrible subject without practically living it again!” she wrote.

Faced with the prospect of having body parts cut off while they were conscious, patients would put up with any illness, until they came to the brink of death, knowing that the pain of relieving it would be worse.

Surgeons also faced moments of profound anguish — and, even for the greatest scalpel specialists, operations were a last resort.

Burney says that Larrey “had tears in his eyes” as he contemplated the procedure and that the only time he spoke, it was to say how much he sympathized with the situation, noting his concern at seeing her go through such suffering.

Given such horror, it is not surprising that attempts to reduce pain through unconsciousness are as old as civilization itself.

Many of the processes were harmless and ineffective, while others were simply dangerous.

A toast and several potions

The ingestion of ethanol to induce a kind of detachment from pain was one of the most common practices. Doctors intoxicated patients until they no longer cared about the pain they felt.

Alcohol also often served as a solvent in sedative potions, which mystics and healers around the world brewed from mind-altering plants.

One of the oldest examples is called máfèisàn—a mixture of herbal extracts created by the 2nd century Chinese surgeon Hua Tuo. According to the Book of the Later Han, which describes Chinese history of that period, he was the first physician to perform a surgery under anesthesia, 1,600 years before the practice was adopted in Europe.

The exact recipe has been lost, but the legendary sedative is believed to have contained cannabis or aconite (Aconitum napellus), a poisonous plant that can be fatal.

Some of the ingredients in other sedative potions also have this same characteristic, such as belladonna, one of the most toxic plants in the northern hemisphere that has been used for centuries in medicinal treatments, or hemlock, the official poison of ancient Greece that killed Socrates.

Hemlock was one of the ingredients of the English sedative dwale, which also contained:

Dwale is an example of the potions that began to be patterned in the Middle Ages around this specific group of plants. In the 15th century, a mixture of opium, mandrake and henbane was the preferred sedative for surgical procedures such as amputations. And sedatives changed very little from that time until the 19th century.

But these potions weren’t the only method used to cause unconsciousness.

Taking potions that, in unsuspecting hands, could poison the patient was not very advisable. Allowing himself to take a heavy blow to the head wasn’t the most attractive option either. But this measure was resorted to when all else failed or was not available, to render patients in need of surgery unconscious. It was a merciful measure, but its consequences could even include head trauma.

Another technique used was to apply pressure to the nerves to cause numbness in the extremities, or the arteries in the neck.

The ancient Greeks called these arteries “carotid” — a name derived from the Greek word for torpor or stun. This denomination may indicate that, at that time, it was perhaps already known that compressing them causes unconsciousness.

Nerve pressure was used in 1784 by British surgeon John Hunter to amputate a limb, and according to the Royal College of Anesthetists in the United Kingdom, the patient felt no pain.

Pressure on the arteries, on the other hand, was not very common, for a very simple reason: the obstruction of blood flow to the brain put the patient’s life at risk.

Hypnosis — known as “mesmerism” or “animal magnetism” in the late 18th century — was less dangerous and could be effective, but only on susceptible individuals.

Against this background, the best that could be hoped for was to be in the hands of surgeons like Robert Liston. His operations at University College Hospital in London in the early 1840s were known for speed, intensity and success.

The chance of dying from an amputation performed by Liston was 1 in 6 (far better than the average Victorian-era surgeon) — and from the first cut to the fall of the amputated limb into a sawdust box, the surgery took just 25 minutes. seconds.

With no painkillers available, the surgeons’ dexterity reduced the almost unimaginable trauma caused by surgery. But it also limited the range of possible procedures.

The more complicated operations required anesthesia, not only to avoid pain, but also, in some parts of the body, to relax muscles and gain access to internal organs.

Until, in the mid-19th century, the first sedative agent with proven success appeared: diethyl ether.

The substance had originally been synthesized (through the action of sulfuric acid on ethanol) in the 13th century. There are reports from that time that diethyl ether produced pain relief and loss of consciousness, but it was not applied clinically until 600 years later.

But in the 1850s, there were heated debates about the risks and benefits of anesthesia. There were doubts whether the pain would be necessary for the success of the surgery.

During the Crimean War (1853-1856), the Chief Physician of the British Army specifically prohibited the use of chloroform in battlefield surgery.

One military surgeon commented that he preferred to hear “the loud screams” of soldiers as they passed through the surgical site. He claimed it was a sign that they were struggling to survive.

“Pain was considered a vital function as they thought it was a stimulant for the body to withstand the stress of surgery,” says Stephanie Snow, a medical historian at the University of Manchester in the UK and author of books on the history. of anesthesia.

But by 1860, anesthesia was in common use. It reduced the chance that patients would refuse surgery, and surgeons had more time to perform procedures and try new, more sophisticated operations.

At the beginning of the 20th century, the first local anesthetics were used, based on cocaine, and the first professional anesthetists began to appear.

But ether and chloroform, sometimes used in combination, remained the only general anesthetics (although chloroform ceased to be used in the 1930s).

It took a world war to develop the drugs and gases used today in surgical centers — which owe their existence to the development of nuclear weapons.

“Nuclear bombs required uranium hexafluoride, and the sudden advance of fluoridation chemistry during World War II allowed for the production of very effective, non-flammable and safer anesthetics,” explains William Harrop-Griffiths, chairman of the Research and Quality Board. Clinic of the Royal College of Anesthetists of the United Kingdom.

Therefore, Harrop-Griffiths states that “from something that killed tens of thousands [de pessoas]drugs emerged that saved hundreds of thousands”.

Facebook
Twitter
Pinterest
WhatsApp
Previous article
Itea: New information on the stabbing of students – The 18-year-old perpetrator is wanted
Next article
Erdogan: Attempts to take over Turkey through terrorism will not succeed