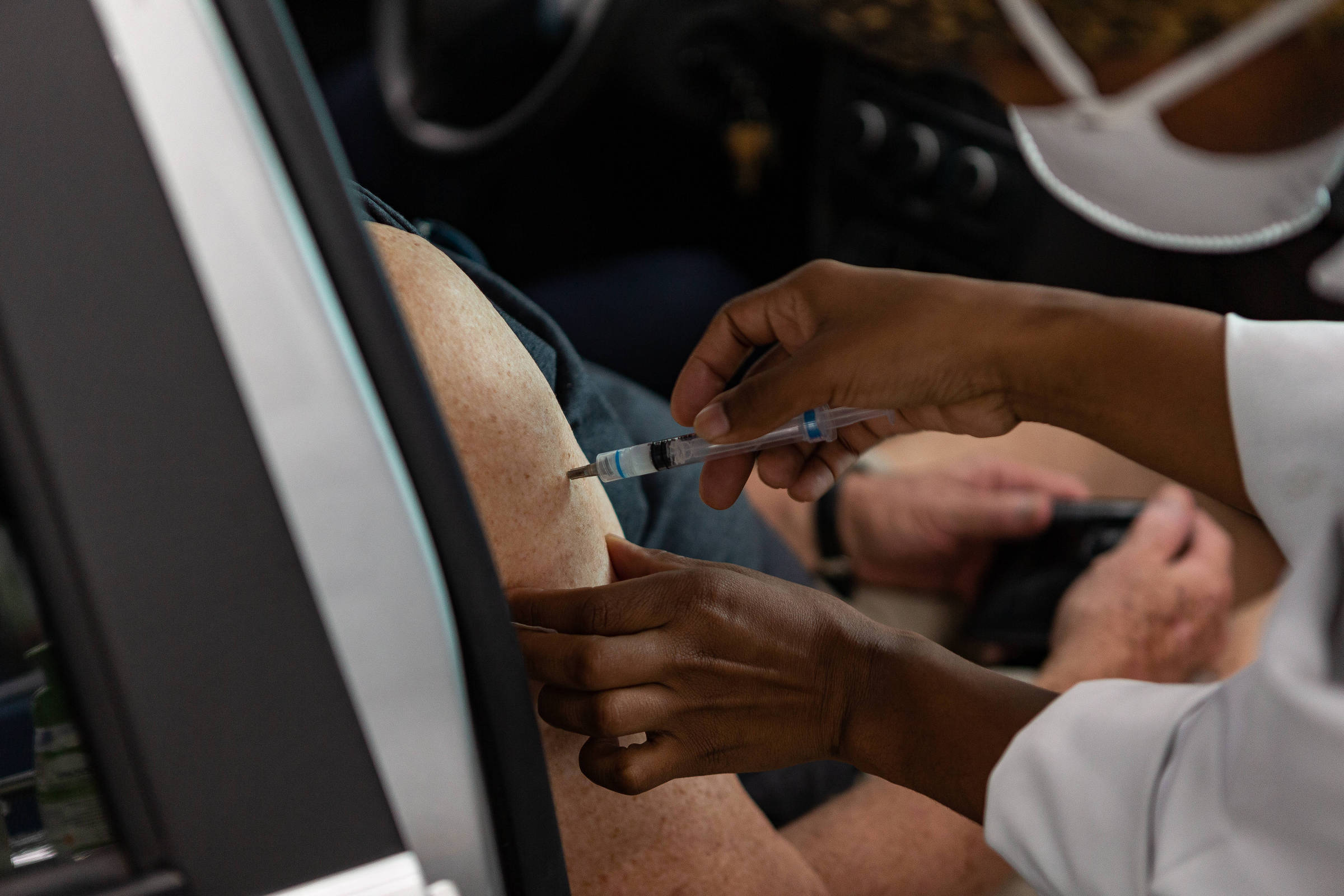 47,000 elderly deaths from Covid would be avoided if vaccination started 8 weeks earlier

A new Brazilian study concluded that around 58,000 people over the age of 60 did not die from Covid-19 due to the vaccination that took place in the first months of the campaign, between January and August 2021. The number, however, could be higher: if had the campaign started eight weeks earlier, another 47,000 lives would have been spared.

The effect of immunization on severe cases of the disease in the elderly was also analyzed by research published this Monday (21) in the journal Lancet Regional Health Americas. According to estimates, 167,000 are no longer hospitalized thanks to drugs. However, that number could rise to around 272,000 with the prior adoption of immunizers.

For Leonardo Ferreira, first author of the article and researcher at Unesp’s IFT (Institute of Theoretical Physics), the study shows that, even with mishaps, vaccination was considerable to contain fatalities from Covid.

“If we had done it more quickly and in a more organized way, we would have reduced even more”, he said.

Vaccination against Covid-19 in Brazil began in January, the same period as the onset of infections associated with the gamma variant. The campaign, however, only gained traction in the following months, resulting in little impact in reducing deaths and hospitalizations caused by this strain.

According to the authors, immunization in Brazil played a decisive role against fatalities from May, during the wave of the delta variant.

Therefore, the prior application of doses would represent a drop in the critical conditions of the disease earlier than what has been seen. But, to arrive at this data, the impact of the campaign as it was carried out between January and August was compared with a scenario in which vaccination had not occurred. Then, the researchers looked at how much the vaccine reduced deaths and hospitalizations from Covid-19 in the elderly.

In addition, hypothetical situations in which vaccination would have started earlier made up the estimate. In this case, there were two scenarios: one with four weeks in advance and another with eight.

Similarly, these scenarios were compared with those in which there was no vaccination and also with the numbers of deaths and hospitalizations avoided with the campaign as it occurred. It was from these comparisons that the research concluded the number of deaths (47 thousand) and serious conditions (105 thousand) that would not be registered if the application of the drugs occurred more quickly.

Ferreira said that Brazil had the capacity to start vaccination earlier, in addition to increasing the daily rate of immunized people. The researcher mentions that, at the beginning of the campaign, around 100,000 doses were applied per day.

The country, however, already has a history of daily applications of 1 million doses. The campaign against Covid later featured numbers of that order.

“What limited our capacity for vaccination was the lack of demand for a vaccine by the federal government,” he said.

According to him, the government could have collaborated with the Butantan Institute to acquire more doses of Coronavac. Another way out would be to buy other drugs with greater speed, such as Pfizer.

Although vaccination against Covid has increased, the scenario raises concern about the appearance of new omicron subvariants. One of them, BQ.1, is associated with an increase in cases of the disease in several countries, such as Brazil.

Bivalent model vaccines –which contain the original strain and the omicron strain– are already applied in the US, Canada and Europe. The updated drugs are more effective in stopping new cases of the disease because they are formulated with subvariants BA.1 and BA.5 (of the omicron), the two forms of the virus that are currently in greater circulation.

Brazil, however, still does not have immunizers. The prediction is that this may only occur in 2023, delaying the update of the vaccination schedule – something that worries Ferreira. “We are repeating the same mistakes we made a year and a half ago.”

In the study he signs, it was observed that the economic return with the reduction of deaths and hospitalizations due to the vaccine were basically the same as the costs of purchasing the immunizer. The advantage, however, leans towards immunizations as they avoid fatalities and reduce cases of sequelae due to Covid-19.

The conclusion, for the researcher, is obvious: “There is no reason not to buy a vaccine.”