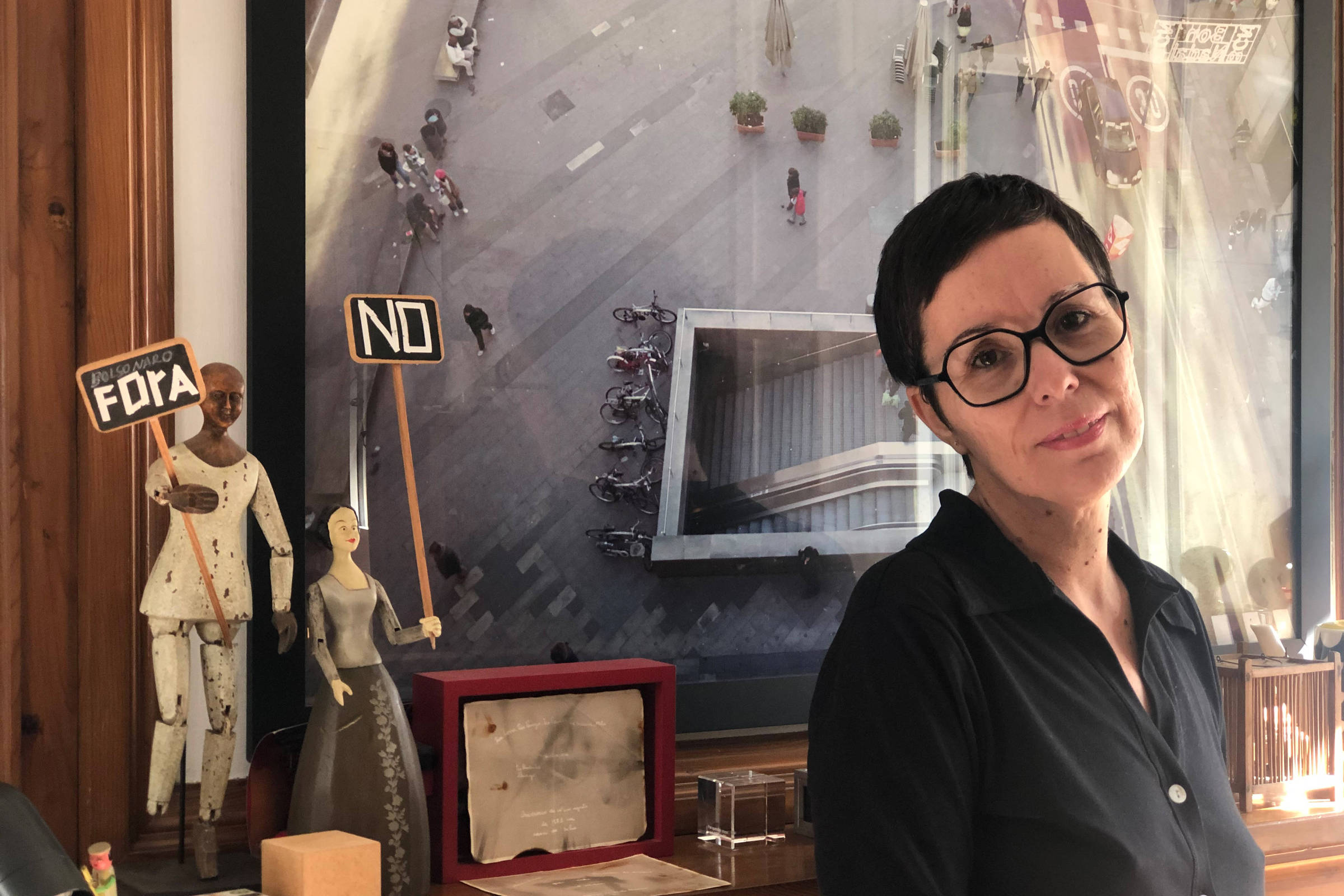 “Olha-me Outra Vez” is the first book by artist Angélica Franca Padovani. The telenovela brings women as protagonists to discuss feminism, the relationship between mothers and daughters and the right to refuse motherhood.

“A woman doesn’t have to feel guilty for not wanting to be a mother”, says the author.

The work tells the stories of two generations of the same family, centered on Rosa, who in the middle of the dictatorship is forced to abandon her 7-year-old daughter in order to take control of her own life, and on Ana, who grows up with the feeling of guilt left by the unexpected departure of the mother.

Photography is the only link between the two, and also a connection between the protagonists and the author. As a child, Angélica’s favorite pastime was diving into a box of her grandmother’s old photos. This art has accompanied her ever since.

Although it is not an autobiographical story, she says that there is a lot of her own memory in the characters’ stories. Her mother was one of the inspirations — she was only able to go back to school after she separated from her husband, when the author was one year old. The course that the mother chose was journalism, the same one followed by Rosa and Ana.

At 54 years old and with two children, Angélica defies the stigmas associated with women who are past childbearing age. “In menopause I gave birth to a book,” she says.

The work was born during the pandemic, when the author, who has been living in Spain since 2019, was able to participate remotely in a writing workshop that previously only took place in person in the city of São Paulo.

According to her, the idea was to write a story that dealt with the relationship between mother and daughter. The author reveals, however, that the narrative that was born from this was a surprise for her.

“A mother, present or absent, always leaves a kind of wound”, says the character Ana in the book.

For the author, the greater openness to dialogue that exists today allows for a healthier motherhood relationship — something she herself tries to cultivate with her two children.

Unquestionably feminist is how she describes the novel. Men, despite not being portrayed in a stereotypically aggressive way, have minority roles and are the primary sources of oppression. On the other hand, it is in women that the protagonists find affection and support, despite conflicting maternal relationships.

According to the author, the support and union between women are the cure for this wound described by Ana and the best way to fight against oppression. “Sorority is fundamental”.

When a woman says she doesn’t want to be a mother, she is often asked who will take care of her when she gets older. Angelica claims to believe that a greater sense of community can lessen the fear of loneliness and, consequently, lessen the weight of motherhood.

The title, “Olha-me Outra Vez”, is an invitation from the author so that, in the same way that the photos are observed with care and attention, women have the chance to be seen with different eyes and receive more opportunities to be themselves. same.

Facebook
Twitter
Pinterest
WhatsApp
Previous article
Richarlison promises to stay with Anitta after winning the Cup: ‘I’ll take it’
Next article
With Switzerland’s defeat, only three teams have never lost to Brazil in World Cups; Look