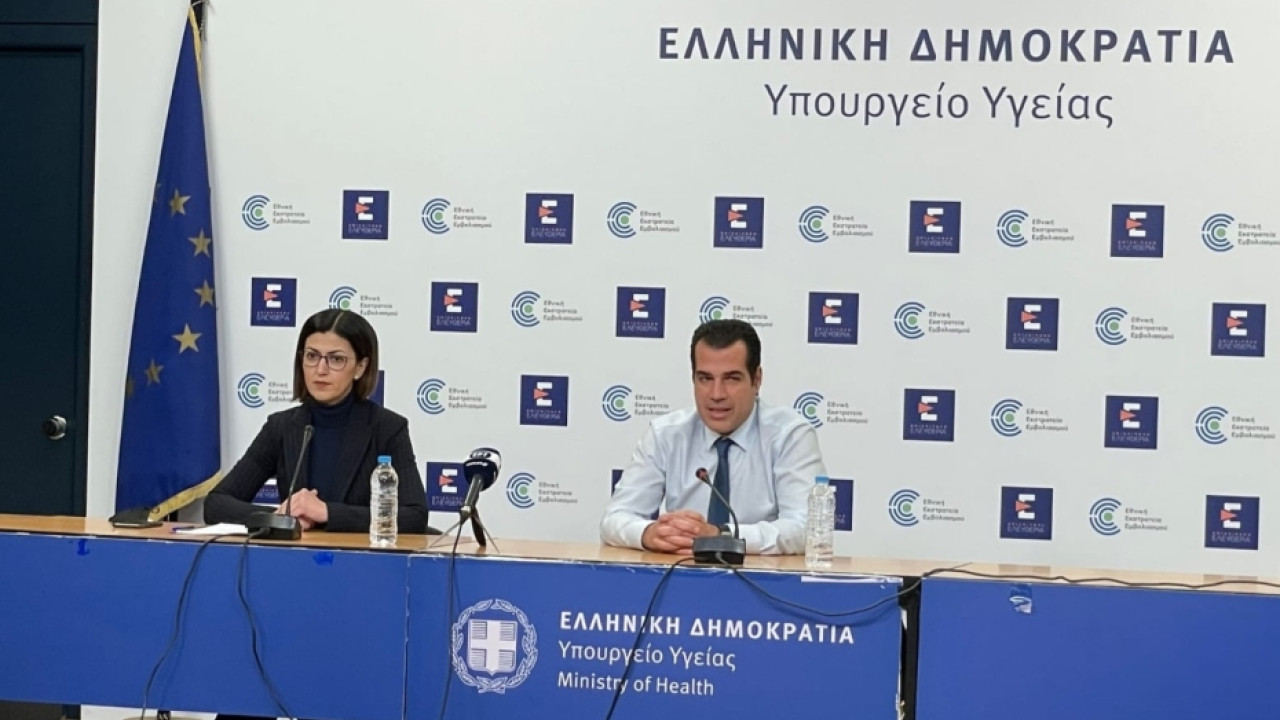 The plan was presented by the Minister of Health, Thanos Pleuris, and Ms. Irini Agapidakis

The new Strategic Plan for Public Health, which includes 3 main pillars and 20 actions that will be developed in the population, was presented today Wednesday by the Ministry of Health during a Press Conference.

“Together with the general secretary Irini Agapidakis we run the Spyros Doxiadis program. As of today, the program for cervical cancer is being implemented and there are also 2 other programs for colon cancer and heart disease. In this context, today with the mobile units we also found ourselves in a friendship club of the Municipality of Athens and this will be done in all regions of the country, especially in remote areas, taking advantage of the mobile units that were developed in the context of vaccination. We keep them in order to carry out all preventive examinations in the population. With valid prevention we automatically greatly reduce mortality, as diseases will be diagnosed at an early stage, as we currently see with breast cancer.

“However, at the same time, there is also a series of actions related to childhood obesity, as well as public health actions, which essentially inaugurate a new framework on which we rely and focus on prevention. To use the primary care beyond its existing basic structure and as a lever to promote prevention both through the personal doctor and with the structures that exist, but also the mobile units, so that we have an integrated prevention system”.

Ms. Irini Agapidakis he referred extensively to “Public Health” and the prevention programs that will be implemented in the population in the next period, so that the state can make a decisive contribution to the promotion of health, protection and prevention from the disease.

In the last 20 years, significant changes have occurred in our country that affected both the system and the health indicators. Our country is characterized by an over-medicalized system that spends 80% of its resources on 20% of the factors that affect health, Ms. Agapidaki noted.

“So we use 80% of our resources for medicines, treatments, hospitalizations and operations, which are necessary to ensure us more years of life, but not health. Thus, we live longer than in previous decades, but these years are with disease, disability, limitations brought about by disease.

The focus is therefore no longer on the disease and on the individual elimination of some specific diseases but on the whole spectrum of health and well-being and throughout life, on health. For this reason, public health actions are aimed at the entire population or population groups,” he added.

The government has developed a comprehensive proposal for the improvement of the Health of the Population which includes the reformation of the Public Health system in modern terms.

Representative examples of this effort are the population screening programs that our country is now implementing for the first time, as well as the primary prevention programs of the main risk factors (e.g. the childhood obesity prevention program), which are designed with the main axis of reducing social inequalities in Health.

The “Spyros Doxiadis” program includes three pillars (Primary & Secondary Prevention, Reform of the Public Health System) and over 20 actions, with a total budget of over 300 million euros. In this way, we attempt to heal the distortions of so many years and finally move forward. Establishing a strong public health system for every citizen with equal access and the goal of not just more years of life, but more years of healthy life.

Based on the findings of recent researches, in our country prevention is particularly degraded over time, with the result that 75% of deaths are due to cardiovascular diseases and cancer, which are largely preventable diseases.

As a result, we lose an average of 10 years off our life expectancy. From relevant research it appears that, during the two years 2018-2020, one in four women had not had a pap test, one in two women over 40 had not had a mammogram, and only one in 10 people over 50 had had a blood test stool examination for early detection of colon cancer.

During the pandemic, the percentage of people who had preventive tests decreased dramatically in most European countries, while at the same time, these percentages are much and unfortunately systematically lower among people belonging to lower socio-economic strata.

The implementation of the Fofi Gennimata program for the prevention of breast cancer has already begun, around 60,000 mammograms have been performed and more than 3,000 women with findings have been identified.

The prevention program for cervical cancer follows in the near future, which is one of the two main actions for our country to achieve the elimination of cancer caused by the HPV virus by 2030, a goal set by the World Health Organization and includes:

So, this program, combined with the updated HPV vaccination guidelines, we expect to lead to the elimination of new cases of cervical cancer due to HPV by 2030.

The Spyros Doxiadis program is funded by the Recovery and Resilience Fund, Greece 2.0 with funding from the European Union-Next Generation EU.