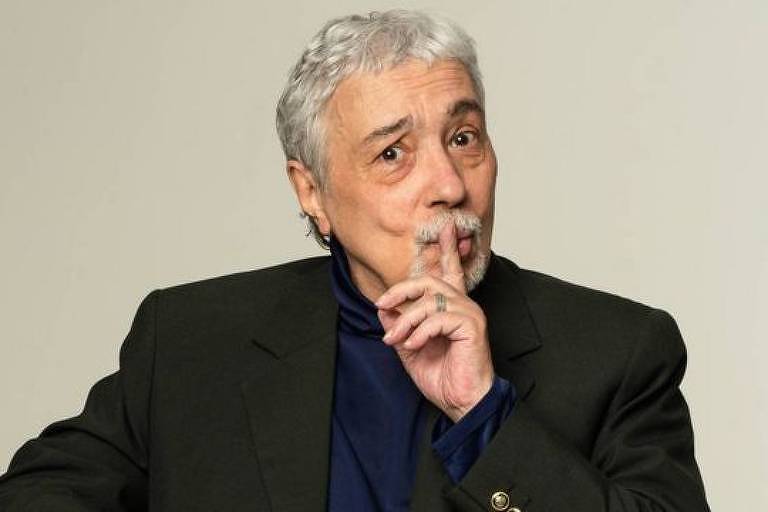 What is COPD, the incurable and ‘silent’ disease that actor Pedro Paulo Rangel suffered from

If you are a regular smoker, like the actor Pedro Paulo Rangel, who died early this Wednesday (21) at the age of 74, you have a 90% chance of suffering from Chronic Obstructive Pulmonary Disease (COPD), according to the World Health Organization (WHO). And chances are you don’t even know it.

Rangel, who smoked until 1998, was diagnosed with COPD in 2002. The disease has no cure, but the actor managed to control it with medication and physiotherapy. He had been hospitalized since October 30 at Casa de Saúde São José, in Rio de Janeiro — his death was confirmed by the hospital’s press office.

The actor, one of the great names of Brazilian theater and a strong presence on TV, is part of a small contingent of patients who receive a positive diagnosis for the disease. It is estimated that only one in ten Brazilians with COPD is correctly diagnosed.

COPD is characterized by a persistent reduction in airflow. It gets worse over time and can get worse to the point of death.

It develops from persistent bronchitis or pulmonary emphysema. In bronchitis, there is persistent mucus production and inflammation in the airways. In emphysema there is destruction of alveoli, structures responsible for air flow in the lungs.

Its main cause is exposure to cigarette smoke, whether active or passive smokers. Exposure to other types of smoke can also cause the disease – those who work with wood ovens in pizzerias or charcoal kilns are also at risk.

And it usually manifests itself silently: 80% of those affected do not even know about it, according to Fundepoc, an Argentine institution specializing in the disease.

There is also no cure for COPD and about 3 million people die annually as a result of the disease, according to the WHO, which affects 384 million people worldwide.

Of the total number of victims, 13.6% are adults over 35 from Latin America, according to Fundepoc data. In Brazil, it is estimated that 6 million people have COPD – but only 12% of patients are diagnosed.

One of the major problems with COPD is precisely that it is not always diagnosed.

And smokers generally don’t complain or go to the doctor because they are coughing or experiencing breathing difficulties, warns the WHO.

The disease evolves slowly and normally only becomes visible after the age of 40 or 50, assures the same organization.

The most common symptoms are dyspnea (difficulty breathing), chronic cough and the production of phlegm (sputum with mucus).

The disease gets worse over time and everyday activities like climbing stairs or carrying a suitcase can be extremely difficult. The difficulty in breathing, in principle related to the effort, ends up also appearing when you are at rest. Sometimes it is so strong that it can completely incapacitate the person. In this case, you should see a doctor urgently.

People exposed to cigarette smoke are more likely to get the disease when they are in their 35s or 40s. But they are not the only ones at risk.

Other risk factors include:

Years ago, COPD affected men more because they smoked more than women, but now the rate of smoking in high-income countries is similar between the two sexes.

Furthermore, in low-income countries, women are the most exposed to contaminated indoor air.

According to the WHO, more than 90% of deaths from the disease occur in low-middle-income countries because prevention strategies are not effective and treatments are not available or not accessible for all patients.

COPD has no cure, but it can be prevented.

Quitting smoking or reducing exposure to pollution, whether indoor, outdoor or chemical, are examples of how to take precautions.

COPD can also be detected by a “breath test” called spirometry. In this test, a device is used in which the person blows to assess the amount of air he is able to put in and out of the lungs – and how fast he does it. If it indicates a change in this respiratory capacity, further tests may be requested by the doctor to confirm the diagnosis of this or other respiratory diseases.

To alleviate the symptoms there is treatment with medication and physiotherapy.

Increasing our ability to exercise and lead healthier lives can also reduce the risk of death.

Facebook
Twitter
Pinterest
WhatsApp
Previous article
PASOK: Four important sources of uncertainty for the economy that the ND is silent on
Next article
A transgender protagonist has been found for “Strella” – It will be staged at Lyriki from January 28