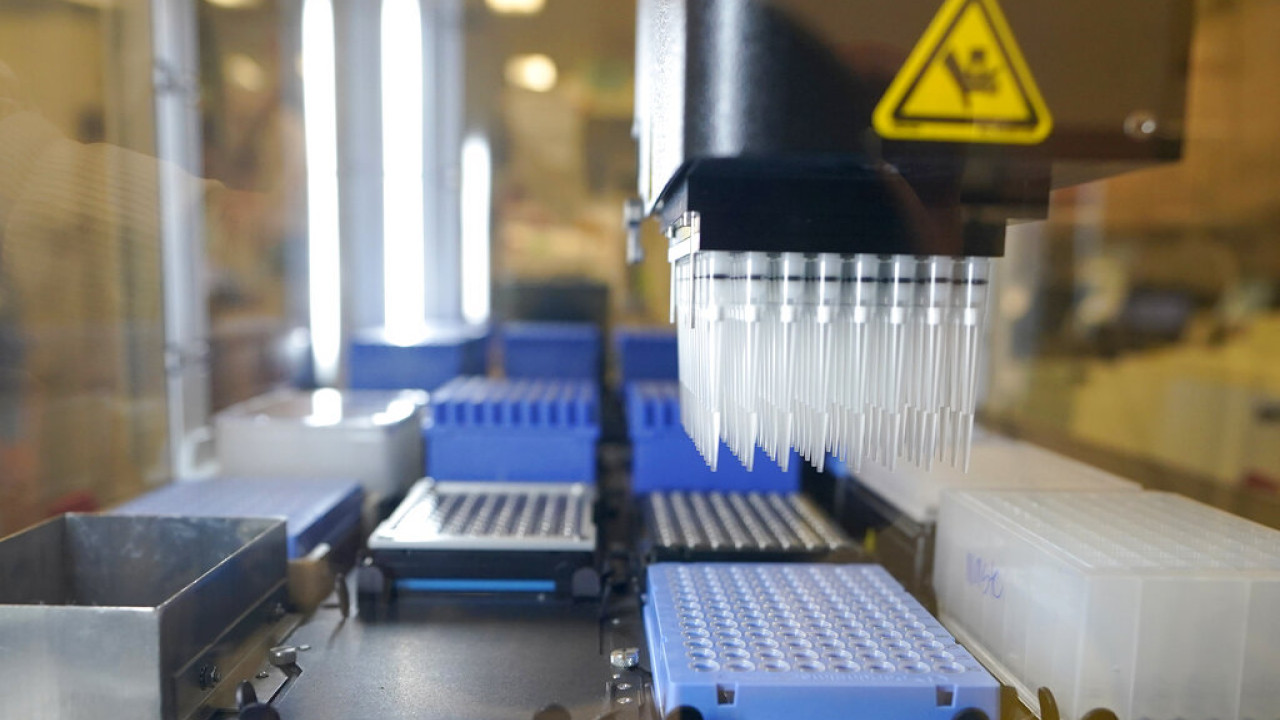 The research for a new treatment against leukemia has entered the final stretch for its completion, headed by the Greek professor of Cambridge, Dr. Konstantinos Tzelepis.

The research has entered the stage of clinical trials in the United Kingdom and the United States of America, with the first results described as impressive.

According to her announcement Leukemia UKit is hoped that the trials will be successfully completed in patients by 2023, so that they can move on to the next steps.

The research of Dr. Constantinou Tzelepi led to the development of a new class of anticancer drugs with the potential to treat leukemia, as well as other aggressive forms of cancer.

“This is the beginning of a new era for the treatment of cancer,” said Dr. Constantinos Tzelepis, who, together with his colleagues, focused on the treatment of the – until now – incurable disease, several years ago. In a study published in 2017, following a collaboration between the Gurdon Institute at the University of Cambridge and the Wellcome Sanger Institute, it showed how an enzyme, METTL3, plays a key role in the development and maintenance of acute myeloid leukemia. The enzyme is overproduced in certain types of cells, leading to the disease.

In 2021, Dr. Konstantinos Tzelepis, Professor Kouzaridis and his colleagues at Wellcome Sanger Institute and in STORM Therapeuticsidentified a potential drug, STM2457, that can inhibit the action of METTL3.

This drug has been developed to treat it Acute Myeloid Leukemia (AML) – a cancer of the blood in which the bone marrow produces abnormal white blood cells. AML progresses quickly and aggressively, usually requires immediate treatment, and affects both children and adults. Around 3,100 people are diagnosed with the condition each year in the UK, the majority of whom are over 65.

“This is the result of many years of research. And in this study, we’re particularly focused on developing a drug that inhibits a protein called METTL3. METTL3 is an enzyme we found to be overexpressed in cancer cells versus normal.

METTL3 is a protein that we all have in our body, in most cells in our body, if not in all cells. But in some of the cancers, including AML, acute myeloid leukemia, the cancer cells, especially leukemia cells, actually have higher levels of this protein.

And so we prioritize this target compared to other targets that we have from the same protein family. And it actually paid off because we saw that below a certain level of blocking this protein, this is devastating for cancer cells, however, for normal cells and specifically for STEM cells, as we show in the current study, the loss of this protein was or the function of the protein was unavoidable,” said the lead researcher.

The next step for this drug was to enter clinical trials in 2022 with the first group of patients being adults diagnosed with AML who have not responded to current treatment, namely chemotherapy. If the results are as expected, then this will be extended to children with AML.

From these important 2021 results, STORM therapeutics announced the start of a clinical trial for a newer version of this drug – STC-15 – the first time this type of drug has entered clinical development. In November 2022, the first patient received STC-15 as part of the US-based trial. About 40-60 patients with solid tumors are to be enrolled in the trial, which will primarily focus on the drug’s safety. There are plans to expand clinical trials to include AML patients in 2023.

“We are delighted to be part of this ground-breaking research. Not only has it established a new way of identifying potential drug targets, developing targeted therapies to select and destroy cancer cells, but it could ultimately make a real difference in the lives of AML patients.