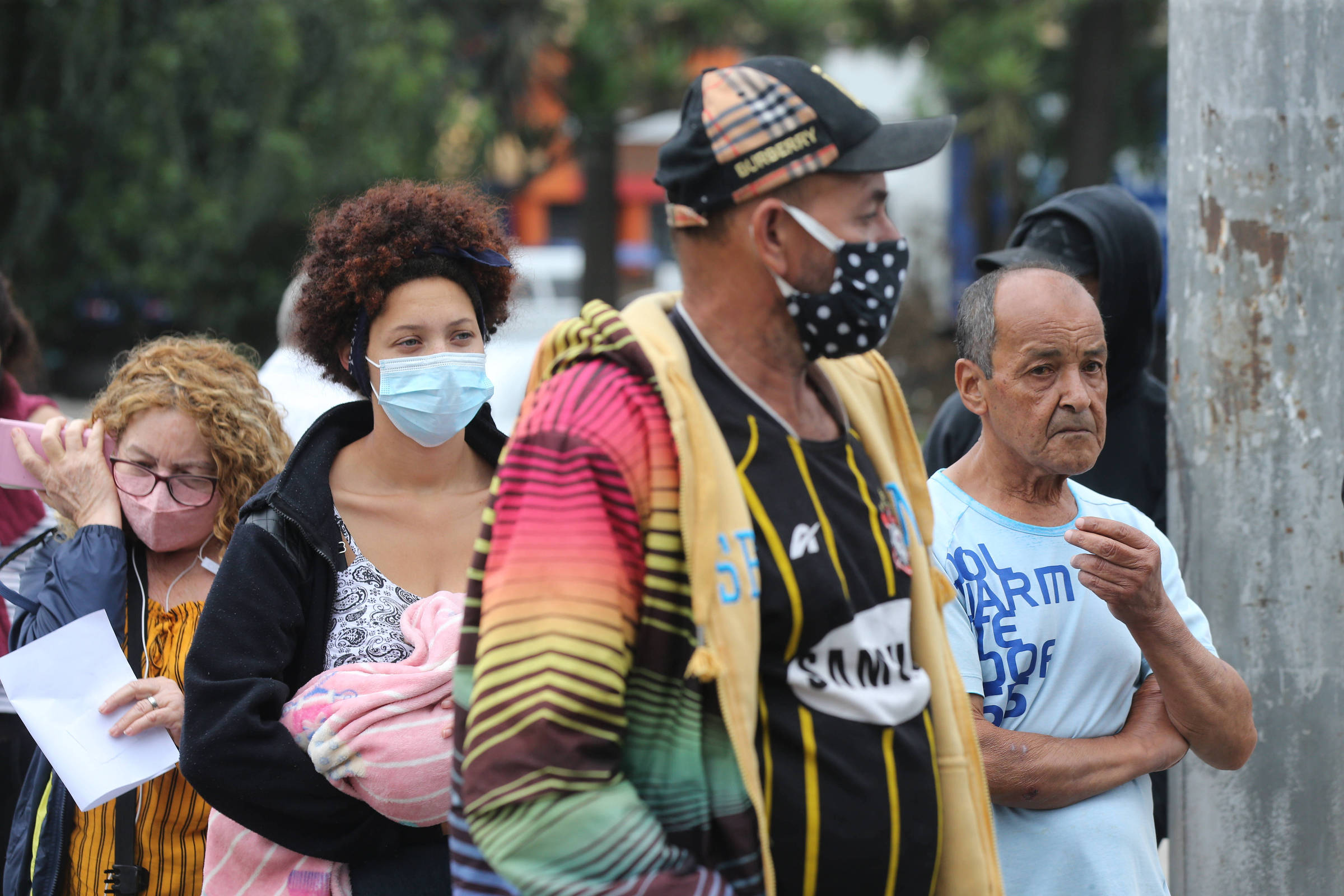 The government of São Paulo announced this Wednesday (3) that it plans to make the use of masks in open environments more flexible throughout the state as of December 1st.

The measure was attributed by the government of João Doria (PSDB) to the drop in the number of cases and deaths caused by Covid. For three consecutive days the capital of São Paulo has registered a daily death.

According to João Gabbardo, executive coordinator of the state’s scientific committee, the decision will be taken based on the analysis of indicators of the pandemic, which includes the number of cases and deaths, hospitalizations, transmission rate and percentage of vaccination.

Currently, the state is close to reaching the goal of flexibility as it has 87% of the adult population vaccinated, around 800 new cases and 400 hospitalizations registered per day on the moving average, and 63 deaths per day. “This prediction could be impaired if people stop wearing masks and increase the transmission rate.”

Although Gabbardo did not set a release date, Doria announced December 1 as the projection assumed by the state government. Doria also recalled that the use of masks is mandatory by law until December 31 of this year, despite the prospect of release.

According to the health secretary, Jean Gorinchteyn, the end of the use of masks will be done gradually in the state. First, the end of the requirement will be in open areas without crowding, then outdoors with crowding and, finally, in closed environments.

The secretary cited the prediction made by experts that a third wave of the pandemic was expected in early September, which was not confirmed due to the vaccination, according to Gorinchteyn.

​The governor also announced this Wednesday sending an official letter to Anvisa (National Health Surveillance Agency) to urgently release the vaccination of children from 5 years of age.

Even with the pandemic cooling down, experts warn of the importance of maintaining the use of the mask in public environments.

That’s because there is robust evidence that Covid-19 is primarily airborne. The infection is caused by the inhalation of small particles expelled by the sick person, even if asymptomatic.

Similar decisions have already been announced in other places, such as in the city of Rio de Janeiro (RJ), where the end of the obligation to wear the mask outdoors was decreed last week.

Recently, the government of Pernambuco announced the release of New Year’s Eve parties in the Fernando de Noronha archipelago. From November 17th, the use of masks will no longer be mandatory in the open spaces of Noronha.

The forecast for the first phase of easing the use of masks should take place exactly one month after the end of restrictions in the state. Since the last day 1st parties, ballads, concerts and events with fans are authorized without any restriction of public throughout the state.

Detachment is no longer a rule and has become just a recommendation by state authorities. The presentation of the vaccine passport is still mandatory at events with more than 500 people.

Also last Monday, the capital of São Paulo registered only one death per Covid, which placed the municipality in levels of the beginning of the pandemic, in March 2020. The downward trend in notifications has been celebrated by the municipal health department.

The releases are seen as the end of the São Paulo Plan, which was established to coordinate the flexibility of economic activities in the state.

The resumption of activities is a direct result of vaccination in the state, which has 87% of the adult population already with the full Covid vaccine scheme. In relation to the entire population, 67.5% received both doses.

Experts, however, warn that it is still too early to release events that cause large agglomerations even in open environments.