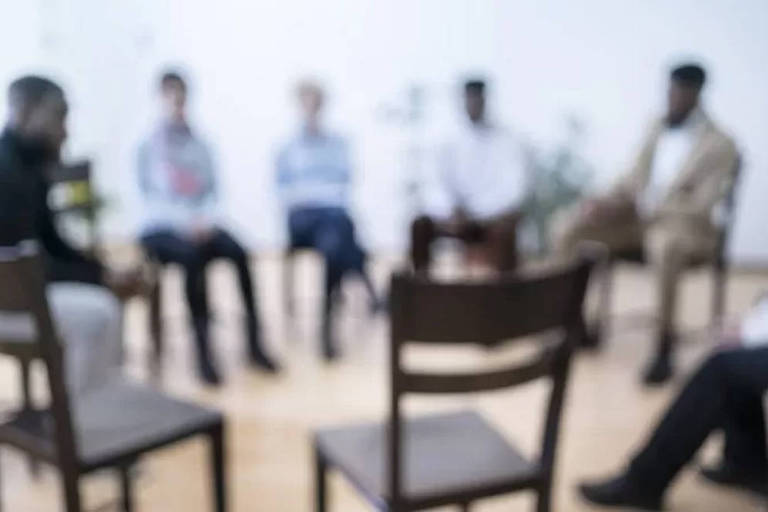 How do group psychotic breaks happen?

The 8th of April started like any other day at the Ageu Magalhães Reference School in Medical Education, located in the north zone of Recife, in Pernambuco. After lunch, however, a group of students presented a series of unexpected symptoms, such as tremors, difficulty breathing, excessive sweating, fainting and crying.

In total, 26 teenagers had these discomforts at once, which required the dispatch of six ambulances and two motorcycles for emergency care. Despite the confusion, none of those affected needed to be sent to the hospital.

Although it is noteworthy, episodes like this are not exactly new: collective psychotic outbreaks, whose official name in medical textbooks is “mass psychogenic reaction”, have been recorded for at least 600 years – since the 14th century, when the “mass fevers” occurred. ” from uncontrollable dance that affected entire villages in Europe, to a serious stress crisis that affected adolescents in Acre after vaccination against HPV in mid-2015.

In summary, this phenomenon is related to a series of symptoms – ranging from anxiety attacks and nausea to fainting and paralysis – and affects dozens or hundreds of individuals who are part of the same social group.

Understand below how these collective psychotic outbreaks happen and what can be done to prevent or combat events of this type.

Psychiatrist José Gallucci Neto explains that the mass psychogenic reaction is a “collective and shared problem, which involves physical or emotional symptoms and for which there is no biological cause or an external factor”.

In other words, the reaction of those individuals cannot be explained by an infectious disease or by intoxication by a gas that contaminated the environment they share, for example.

“What triggers this process is the psychological, proximity and sharing of beliefs between people”, says the specialist, who is director of the Electroconvulsive Therapy and Electroencephalography Service of the (IPq) Institute of Psychiatry at Hospital das Clínicas de São Paulo.

“When we see someone feeling sick, our own psyche can suggest that we are also suffering from those same symptoms. Afterwards, we begin to ‘monitor’ the body and interpret any sign as something worrying.”

“This, in turn, generates a chain reaction and leads to collective outbreaks”, completes the doctor.

And all this happens precisely because we live in society and care about the feelings of others, especially that closest group with which we relate.

“Sociability is a necessity for the survival of our species”, analyzes psychiatrist Lucas Spanemberg, a researcher at the Instituto do Cérebro do Rio Grande do Sul.

“Our psyche is structured from this human capacity to care, empathize, communicate and be affected by the behavior of others”, adds the specialist, who is also a professor at the Pontifical Catholic University of Rio Grande do Sul.

Although adolescents are the group most likely to have such collective reactions (because they are naturally more influenced by the external environment), such phenomena have already been recorded in several profiles.

In World War I, for example, some soldiers who spent months or years in the trenches were called shell shocka condition of deep torpor, with an inability to move, speak or do any other activity.

It is worth mentioning here that many of these concepts are still the subject of intense debate within the medical community. The WHO (World Health Organization), for example, does not like the use of the word “psychogenic” to describe these massive emotional reactions.

In the past, this situation was even classified as “collective hysteria”. But the term has fallen out of use and today is even considered inappropriate. Hysteria, which comes from the Greek hysterusor uterus, was a condition that doctors in the past erroneously associated only with women, as if mental disorders only happened in females and were somehow related to lack of sex or dysfunctions in the reproductive system.

In general, psychogenic mass reactions can be divided into two large groups: acute and chronic cases.

“The acute reaction usually happens suddenly, is transient and most cases resolve in less than 24 hours”, summarizes the doctor Renato Luiz Marchetti, who coordinates the Epilepsy and Psychiatry Project at IPq, in São Paulo.

“Probably, if the correct conducts are taken, episodes of the type will not be repeated and will not be disabling for those who are affected”, he adds.

Due to the little information available, experts believe that the recent episode in Recife fits this first definition.

In the case of chronic mass psychogenic reactions, the situation becomes a little more challenging.

“In this case, there is usually a time between the stimulus and the occurrence of symptoms. The course of the crisis is also prolonged and much more disabling”, describes Marchetti.

Individuals affected by this type can develop tremors, tics, loss of muscle strength and even limb paralysis – manifestations related to the influence of emotions on the nervous system.

The most recent example of a massive and chronic reaction happened in Acre in mid-2012 to 2017.

A group of 74 adolescents (mostly girls) began to experience serious discomfort, such as seizures and paralysis, after taking the first dose of the vaccine that protects against HPV, the virus that is behind cervical cancer and several other types. of tumors.

Faced with such atypical manifestations, the first reaction of all those involved was to suspect that the immunizer was the culprit.

The matter became so serious that the Ministry of Health decided to launch a formal investigation and summoned Gallucci and Marchetti, two of the doctors interviewed in this article, to conduct the studies.

“We selected the 12 most severe patients and brought them to São Paulo, where they were hospitalized and underwent a series of tests, such as MRI and CSF analysis. [líquido que circunda o cérebro e a medula espinhal]”, reports Gallucci.

From this batch of tests, the experts’ goal was to find out if there was any evidence of an effect of vaccine doses on these teenagers’ nervous systems. The results showed that there was no lesion or substance that could explain the seizures and paralysis.

“The case of Acre, in fact, was a mass psychogenic reaction that became chronic, without anyone making the correct diagnosis and proposing an adequate treatment”, analyzes Gallucci.

The results of the Brazilian investigation were published in October 2020 in the specialized journal Vaccine.

“In Acre, we saw how the occurrence of such a condition is something complex, which depends on a set of factors. The girls affected were part of social groups with important problems, which involved a patriarchal culture in crisis, family conflicts, inappropriate use of social networks, religious influence and a very important anti-vaccine belief”, Marchetti lists.

In short, the very fear that the HPV vaccine could cause some side effect was enough for these young people to actually develop serious reactions (without the immunizer having anything to do with it). And, considering that emotions are contagious, this scenario generated a chain reaction in a group that presented a series of similarities.

Marchetti says that there is even a specific term to talk about this mass psychogenic outbreak when it comes to vaccines: reaction related to the stress of immunization.

“Since 1972, the WHO has a group that monitors and studies these psychogenic reactions associated with immunizers. Cases have already been described in Bolivia, Japan, Denmark, Brazil and, more recently, in Thailand with the vaccine against Covid-19 “, remember.

And let it be clear once again: the vaccine itself has nothing to do with this effect. The issue occurs due to a mix of environment, social group, emotions and stress.

But are there ways to treat these conditions?

The key is in communication

The experts interviewed by BBC News Brasil point out that treating mass psychogenic reactions involves a lot of care and an extra dose of dialogue.

“The great difficulty lies in the fact that doctors themselves are unaware of this phenomenon, which makes diagnosis difficult. Mass psychogenic diseases have always occurred, but they have been forgotten in the last 40 or 50 years”, says Marchetti.

In acute cases (as was possibly the case in Recife), the first step is to separate people in crisis so that they gradually calm down. The idea is to limit emotional contagion within that group – and prevent other individuals from being affected as well.

“In chronic situations, however, it is necessary to make use of a modality of cognitive-behavioral psychotherapy developed specifically for the psychogenic mass reaction”, says Gallucci.

This psychological treatment involves not only the patients, but also the family and the entire social group. The goal is to analyze behaviors and thoughts in order to modify the ingrained beliefs that led to that situation.

Marchetti reinforces how communication is a fundamental part of the entire process of diagnosis and treatment of such a disease.

“We, as doctors, need to explain what the person had and make it clear that he was not affected by a serious organic disease”, recommends the psychiatrist.

“But here comes a big risk: when you say that it’s not a serious disease, the patient and family members may think that it was all just pretense or frivolity”, he continues.

As we know, it’s not just because a problem is “in someone’s head” that it becomes false or less relevant – anxiety, depression and other disorders that affect the mind are debilitating and can have serious health repercussions.

“That’s why it’s important to make it clear that this is a mass psychogenic reaction, a medical condition that, most of the time, is transient and can be resolved properly,” adds Marchetti.

In the two main examples that helped to illustrate this report – vaccination in Acre and students in Recife – the situation is still open and without many definitions.

“In the case of Acre, we proposed that health teams that deal with adolescents be trained to apply cognitive-behavioral therapy, but the Covid-19 pandemic ended up paralyzing the project”, informs Gallucci.

“Unfortunately, many families ended up adhering to treatments for which there is no scientific evidence,” he laments.

To understand what happened in Recife after the outbreak, BBC News Brasil contacted the Pernambuco Department of Education and Sports.

The entity’s communication department sent the answers by email, saying that the school where the episode took place “received, on the first working day after the case, a psychologist to listen to the students, who claimed to be experiencing an anxiety crisis in last week”.

“The professional will make a survey of those who do not have psychological support to refer them to a service.”

“The teaching unit also scheduled a meeting with another psychologist and with those responsible for the students to talk about the topic and the responsibilities of each one (school and family) in this process”, continues the note.

Finally, the school promises to create projects to reinforce “active listening and dialogue with students”.