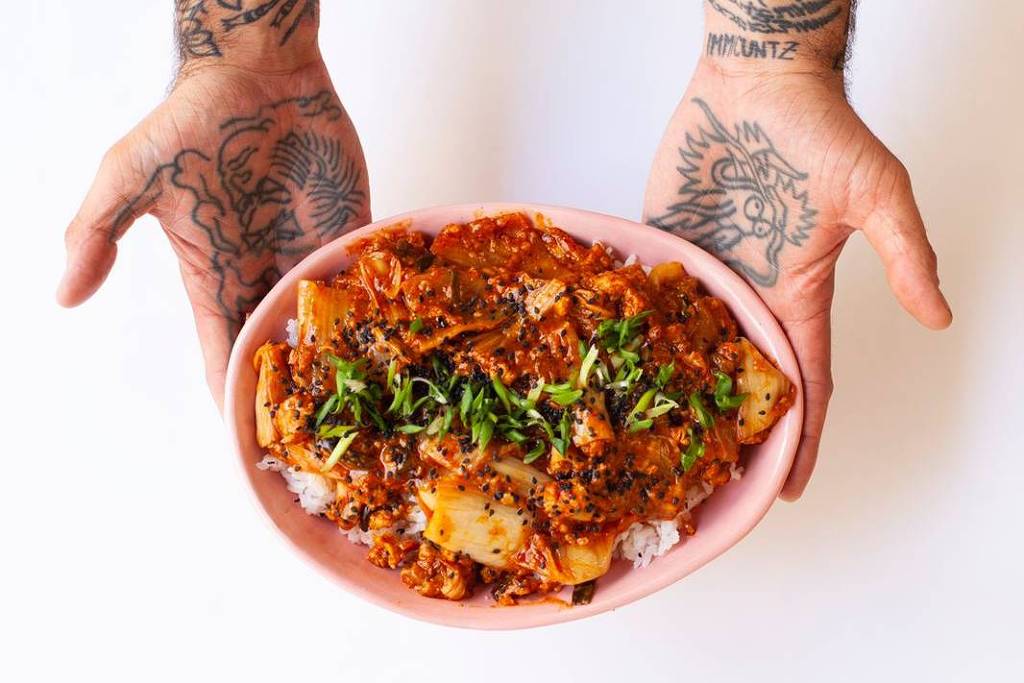 Kimchi, a typical Korean ingredient, becomes fashionable in SP and enters the menu of restaurants and bars

To begin with, the Swiss chard is washed and dried. Then its leaves are rubbed with a marinade that includes salt, Korean chili powder, garlic, ginger, and an animal protein. Finally, the vegetable is placed in the fridge to ferment for days or even months. The result is a strong-smelling preserve that is very, very spicy.

Ever heard of kimchi? The ingredient described above is one of the symbols of Korean cuisine and is no longer restricted to typical South Korean cuisines to pop up in portions, sandwiches and drinks on the menu of non-Asian restaurants and bars in São Paulo.

“Kimchi is almost a matter of survival for Koreans, because it emerged as a method of preserving food,” explains Sae Kim, a South Korean who runs New Shin La Kwan, a restaurant in Bom Retiro.

The delicacy is present in every meal in the Asian country, from breakfast to dinner, and each family has its own recipe. Chard is the most traditional, but you can also prepare it with turnips, radishes, cabbage and other vegetables. In 2013, the tradition of its preparation was declared Intangible Cultural Heritage of Humanity by UNESCO.

At New Shin La Kwan, the recipe is made by Kim’s mother, Suzana, and has become so popular that it’s now sold for customers to take home. Five years ago, says Kim, 150 kilos of kimchi were prepared a month — today, that amount is made a week.

The Covid pandemic was a game-changer for the search for the typical ingredient, he says. “Everyone who has watched a Korean soap opera, listened to a song, or is interested in this culture wants to try kimchi.”

The popularity of the delicacy even made Brazilians venture into the preparation. This is the case of the cook from São Paulo, Dery Lima, who works with Asian cuisine and, for two years, has prepared the preserves to order.

He started Agui Kimchi during the pandemic, offering different organic fermented and pepper pastes, made in his own home kitchen, for delivery. Orders grew and today he also sells to restaurants and retail outlets. Weekly, it produces 60 kilos of fermented Swiss chard —600 g costs R$45; 800 g, at R$ 55.

In addition to serving as a side dish, kimchi is used in dishes, sandwiches and even drinks. The selection below brings ten of these combinations and where to try them.

where to try kimchi

To accompany its own beers, the bar serves a portion of kimchi for R$12. The delicacy is also used to spice up the loin sandwich with bacon and buffalo mozzarella on ciabatta (R$40) and the Dorama Mary (R$38). ), a reinterpretation of the bloody mary with kimchi sauce.
R. Gandavo, 399, Vila Clementino, south region, Instagram @esconderijo.juancaloto

In the restaurant, the Korean delicacy makes a bridge with the country cuisine. For R$59, the suggestion is a kimchi rice with homemade sun-dried sausage and egg (R$59), which also includes brown rice and chickpeas pulled in spicy preserves, made with green and purple cabbage, carrots, onions, coriander, babassu oil and chili peppers.
R. Cardeal Arcoverde, 2773, Pinheiros, west region, WhatsApp (11) 99674-2745. Delivery via iFood and Rappi

Kimchi appears in the filling of a sandwich, prepared with breaded chicken and fried with sriracha pepper, lettuce and mayonnaise. The snack costs R$28 and the combo with fries and soda or tea costs R$46.
R. Antônio Carlos, 395, Consolação, central region, Instagram @guarita.burger

Guillotina Bar In a milder version, the spicy ingredient is used in the sauce that covers the portion of brussels sprouts, finished with nori powder, for R$37.
R. Costa Carvalho, 84, Pinheiros, west region, tel. (11) 3031-0955

The most requested dish at the restaurant at Itaim Bibi is also the one with kimchi: a pappardelle with white ragu, without tomato sauce, with pork and beef, sheep curd and canned chard. It costs BRL 78.
R. Bandeira Paulista, 1096, Itaim Bibi, west region, tel. (11) 2925-8442

One of the suggestions is the PQP (R$48), a sandwich made on cornbread with caramelized onions in beer and melted Parmesan, semi-cured and Serra da Canastra cheeses, served with kimchi compote.
R. Amaro Cavalheiro, 45, Pinheiros, west region, tel. (11) 93208-2352. delivery via deliverydireto.com.br/tankbrewpub

Facebook
Twitter
Pinterest
WhatsApp
Previous articleIran: Presented a new ballistic missile with a range of up to 1,400 km
Next articleEU commits €715m to Global Fund to fight AIDS, tuberculosis and malaria