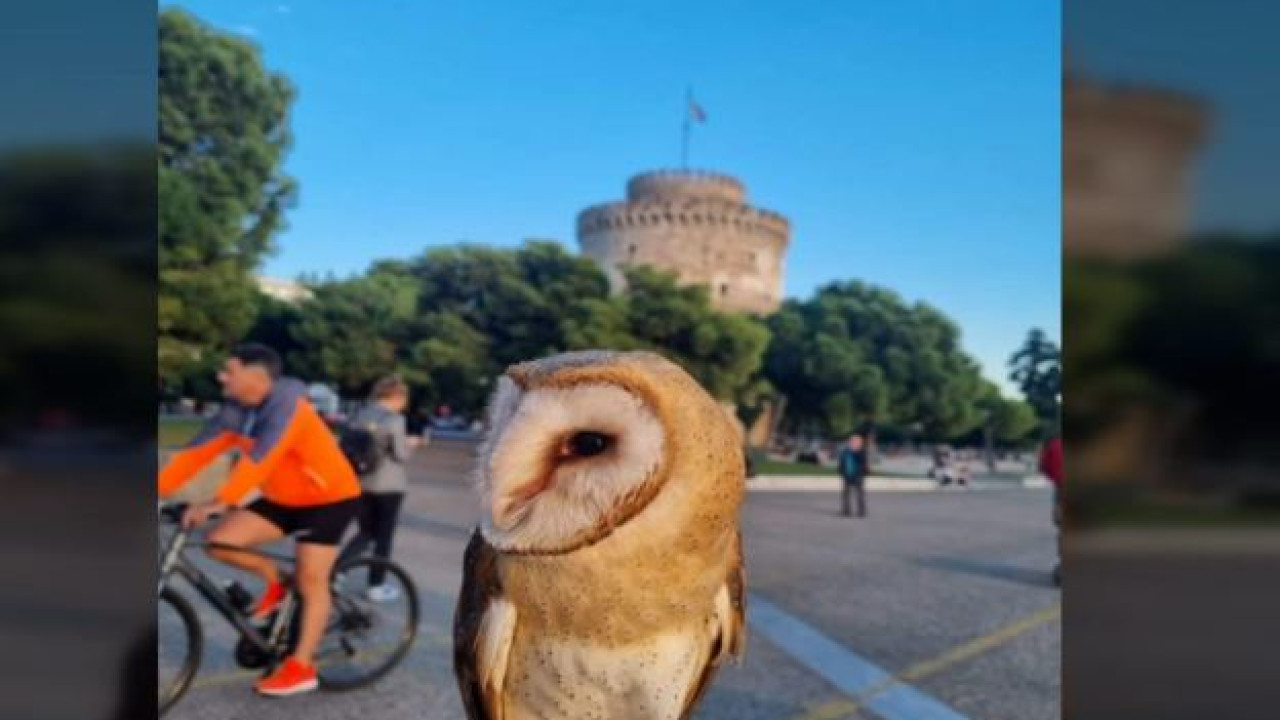 Thessaloniki: A man went for a walk with an owl tied to his arm – Reactions on social media

The man had the bird chained up and walked around the White Tower. Animal welfare organizations are already looking for who might be its owner, while a complaint has been made to the White Tower Police Department.

Violent reactions on social media broke out, when it became known that a man was walking around the White Tower of Thessaloniki, holding a “tyto” owl in his hand.

According to the ERT report, the man had the bird tied with a chain.

Comments on social media caught fire, as one cannot drive around a nocturnal predator like this, and a special permit is required and one must have obtained it either from a breeder or from abroad. The animal welfare organizations are already looking for who the owner of the bird might be, while a complaint has been made to the AT of Lefkos Pyrgos.

The owl is not an owl in the strict sense of the term, but is a special glaucous bird that belongs to the peploglaucidae group. It has a wide distribution on all continents, while in Greece you meet it in fields and other open areas with scattered trees, farmhouses and old buildings, stables, barns and ruins.