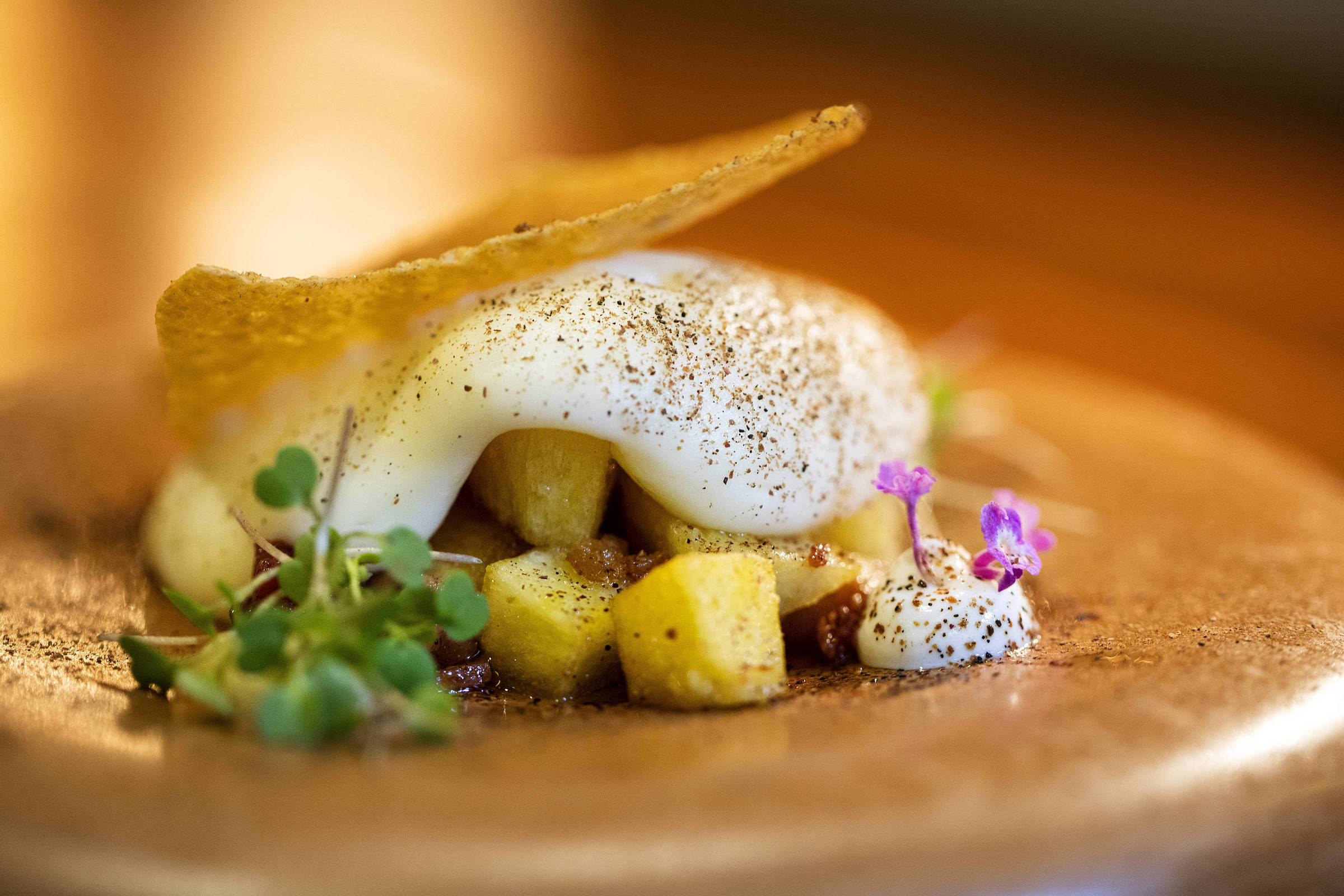 A Casa do Porco event brings together pork aficionados with tickets at R$ 1,000

Pork is the subject of Latin American cuisine. Coming from seven countries, 19 chefs will prepare dishes based on pork protein in an event organized by Janaína and Jefferson Rueda, from the award-winning A Casa do Porco.

On October 11, the two Brazilian chefs will host colleagues from Argentina, Chile, Colombia, Costa Rica, Ecuador, Mexico and Peru, at the Latin American edition of Porco Mundi, a banquet for just 30 people at the price of R$1,000. per head.

“We created Porco Mundi precisely to understand how pork is consumed and appreciated in different countries and cultures”, explains chef Jefferson Rueda.

With the intention of expanding the borders of downtown São Paulo to Latin America, Porco Mundi will still serve as a kind of snack a light introduction of what should guide, in January 2023, the debut of the new menu of A Casa do Porco , ranked seventh among the best in The World’s 50 Best Restaurants ranking.

Each of the 19 Latin American chefs will be responsible for a menu recipe, consisting of ten starters, six main courses and three desserts. The idea is that each one of them reveals a little bit of the pork culture in their country of origin.

Peruvian Renzo Garibaldi, for example, must prepare a pork ceviche, while his countryman Jaime Pesaque will make tapioca croquette with eggplant and tucupi. Pia Salazar will bring from Ecuador a dessert with pork, corn and cocoa.

Jefferson Rueda explains that the guest chefs are connected to the pork appreciation movement. “They are enthusiasts of this protein and work the ingredient in the most varied ways. The idea is to present other creative perspectives that help us show the versatility of this meat and how, taking advantage of the animal from snout to tail, it is possible to extract different flavors.”

The tasting menu served at the Rueda’s restaurant —a place with two-hour queues on weekends, with more than 200 people — costs R$230. Classified as a gastronomic experience, it comes with at least 20 options.

It is the most popular order in the house — at least 80% of customers choose the menu. And it is the first made entirely by women since Casa do Porco opened in 2015.

At the age of 46, businesswoman and chef Janaína Rueda, at the head of this menu, has been connecting with chefs around the world to talk about Brazilian food, ingredients and cooking techniques. This year alone, she has been to 13 countries, not to mention national meetings.

He cooked in cities like Zagreb, Croatia, and Paris.

Through Janaína’s wanderings, Latin American food has been catching her attention. No wonder, the next menu brings what the chef calls “a Latin charge”.

Jefferson adds that, between trips and research, the Ruedas curate cooks they admire and who work in harmony with theirs — and who understand that the pork can be the protagonist of haute cuisine. Created in 2016, this year’s Porco Mundi will be led by Janaína and Jefferson, but they won’t be cooking.

Janaina is excited. Separated from Jefferson for about a year, with the situation made official recently, she says that the marriage continues, “only now without sex”. “I hope it lasts at least 20 years until my kids are ready for the kitchen,” she jokes.

“We are friends for everything. We have two children and five businesses. We continue with respect in the personal and always united in the professional”, completes Jefferson.

A tourist spot in São Paulo, Casa do Porco has become their biggest enterprise, with reservations confirmed until March next year. A Mexican who lives in Miami, USA, Juan Callos Lozano, 49, says he had been trying to visit A ​​Casa do Porco for a year without success, due to high demand.

Finally got it last month. “Pork meat is very present throughout Latin America, but here they achieved something unique, spectacular. They managed to promote a unique experience with an unforgettable tasting menu”, she says.

The restaurant is one block away from Praça da República, practically the same distance as Janaína walks to the building where she lives. Another Rueda venture in the area, the Bar da Dona Onça, in the Copan building, is also busy.

Dona Onça, Janaina’s nickname, was given to her by Mancha, former maître d’ of the extinct Pomodori restaurant, in Itaim Bibi, where Jefferson worked, in 2002, when the two met and started dating. In those days, she promoted wine tastings in restaurants.

While enjoying professional success, Dona Onça says that she has never seen so many people starving in the streets of the largest and richest city in South America. She defends “a pact” against hunger, involving different sectors of society.

It maintains a partnership with the NGO Pão do Povo, in an action in the Cracolândia region to feed 1,600 people a day, and also interfaces with companies that want to help in the action. It is common for its clientele to come across vulnerable people, crack users and homeless people.

“The center of São Paulo faces a moment of extreme vulnerability”, he believes. “There are a lot of people on the street, people underestimated by society, families who lost their jobs, the house where they lived in the midst of an unprecedented political and economic crisis.”

“I want people who come to our restaurants to face, understand and reflect on this situation that is happening in the center. Removing this population and putting it elsewhere would make me an accomplice in this tragedy.”

In politics, he prefers to steer clear of polarization. “I’m not from the right or from the left, I like to solve BO”, she warns.

Facebook
Twitter
Pinterest
WhatsApp
Previous article
Attica: Which roads will be closed on Sunday due to the 7th Half Marathon road race
Next article
Award-winning author Hilary Mandel has died at the age of 70